Rainbow the jd has settled in really really well, dispite the battering he took from Duce at Matts house the 2 are inseperable here

Rainbow is eating well, last night it was brine shrimp with garlic & omega 3 (give him a boost to help him heal) this morning a mix of cichlid pellet, spirulina, and bloodworm pellet. The bloodworm seems to be his favorite. The only thing is he is going to have to learn to eat a bit faster

unless I can get him to hand feed.

Most of his wounds are nothing I am overly worried about although a large chunk of his tail and pectoral fins are missing and are frayed. I have noticed the tinyiest bit of fungus on one of the wounds (and I mean tiny) so as a precaution I have added some Myxazin last night. He did go very dark in colour last night, almost black all over which made me worry a little. This morning his colour is not bad, still a little dark, but at least I can see his other colours now too. The kids think he is great as he is very interactive with them when they go to the tank, he doesnt seem shy at all.

The other tank mates are thankfully leaving him alone apart from the odd charge at him there has been no biting or nastyness even Harry (red spot sev) has headbutted him very gently. The only one Rainbow seems scared of is Jethro (big plec) when Jethro comes by he hides on the surface on his side and plays dead, I am sure he will get use to Jethro soon though.
T

Thanks Biffster, I will do my best. I have pulled fish through in far worse condition than Rainbow, just hoping the harmony stays in the tank so he is not subjected to any more stress, thats the hardest bit to deal with and with the stress of being harrassed in Matts tank, then moved to another tank for safety and yesterdays introduction to the first tank not going well, then the poor chap having to be caught again then re-aclimatised to another tank has not helped.

I'll be really really interested to see how he comes along. I'm glad you have got another Jack, i know you are probably too!.

Don't worry aobut his colouration changes too much, mine go from alsmo colourless to completely black in a matter of hours. Seems dependant on their moods alot of the time aswell as tank conditions and stress ect ect.

If you can get a before and after shot of him now and a months time you'll be amazed i'm sure I'd certainly love to see the fdifference.
OP
OP

Pictures would be good

I am glad he is here, I regretted selling Patrick, trouble is he was too small to go in with the bigger fish and too boisterous to go in with my smaller fish till he grew.
T

star4 said:
Pictures would be good

I am glad he is here, I regretted selling Patrick, trouble is he was too small to go in with the bigger fish and too boisterous to go in with my smaller fish till he grew.
Click to expand...

Well the bit of fluff I was worried about has dissapeared and the frayed bits of fins has dropped off leaving a nice clean section, which looks like its starting to re-grow quite quickly. Thankfully there are no fresh wounds so the other fish are behaving towards rainbow anyway

He has lots of colour now on his head, beautiful pink, purple and blue, but from his "shoulders" to his tail he is still very black. He is verturing all over the tank now, but tends to like one end more than the other, weirdly its the end that Harry hangs out in and Harry seems quite taken with rainbow

Rainbow does not like Rusty (tank next door) and Rusty(oscar) does not like rainbow there is a fair bit of posturing and displaying from the both of them. At least I know these 2 wont be able to live together!!
T

Rainbow seems to be doing a fair amount of flicking today, I suspect its the few loose scales where he has healed underneath bothering him. No sign of any ich or anything like that so not worried. He was waiting with the rest for breakfast this morning and has quickly learnt to get in there quick before its all gone

As I suspected Rainbow has flicked off the few loose scales and is acting normal again today, he is resting in the plastic plants with the texas Matt has kindly allowed me to use the pic he took of rainbow when he first got him. I will hopefully have some pics of rainbow in the next couple of days as a friend has taken a couple with his phone, not the best quality so dont moan at me

Rainbow when Matt got him 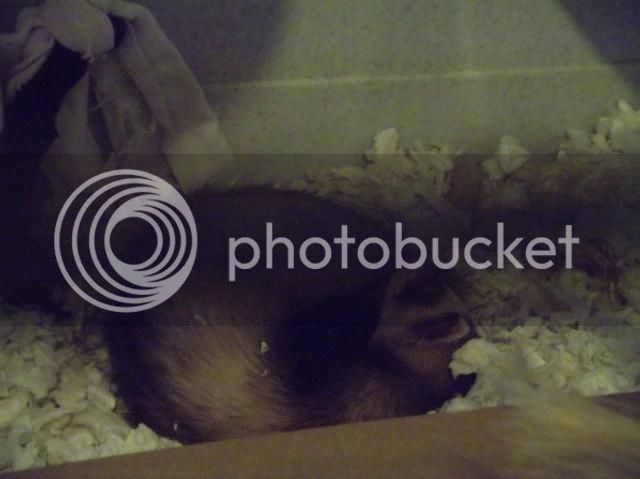 Now he is allowed to swim around the tank more his tail is thickening too.
OP
OP

Here is Rainbow happily chilling with the culprit of all the damage, Duce the Texas. Typical cichlids in one tank they hated each other, now they are almost inseperable

2 weeks on all and bite marks are gone, fins have almost fully healed too

Bags of confidence now, not in the slightest bit shy and turning out to have the most amazing colours.

Just need to try and work out if he is male or female.
T

dont qoute me but i think
it might be a male
You must log in or register to reply here.

Finally upgrading my all plastic tank to all natural!
2