I have a ramshorn snail that somehow got a broken shell. I thought he was dead or dying, and didn't want to pollute my community tank (but I also didn't want to just give up on him. So I moved him to a quarantine tank about two weeks ago. Well he's still kickin'...wondering if I should do more or just leave it be? I read online that you can super glue (gel type) a piece of plastic bag, or an egg shell to patch it (being very careful not to let the glue get inside the shell and touch the flesh) - but I feel like it's too small for me to attempt that. The snail is only about the size of the tip of my pinky finger. 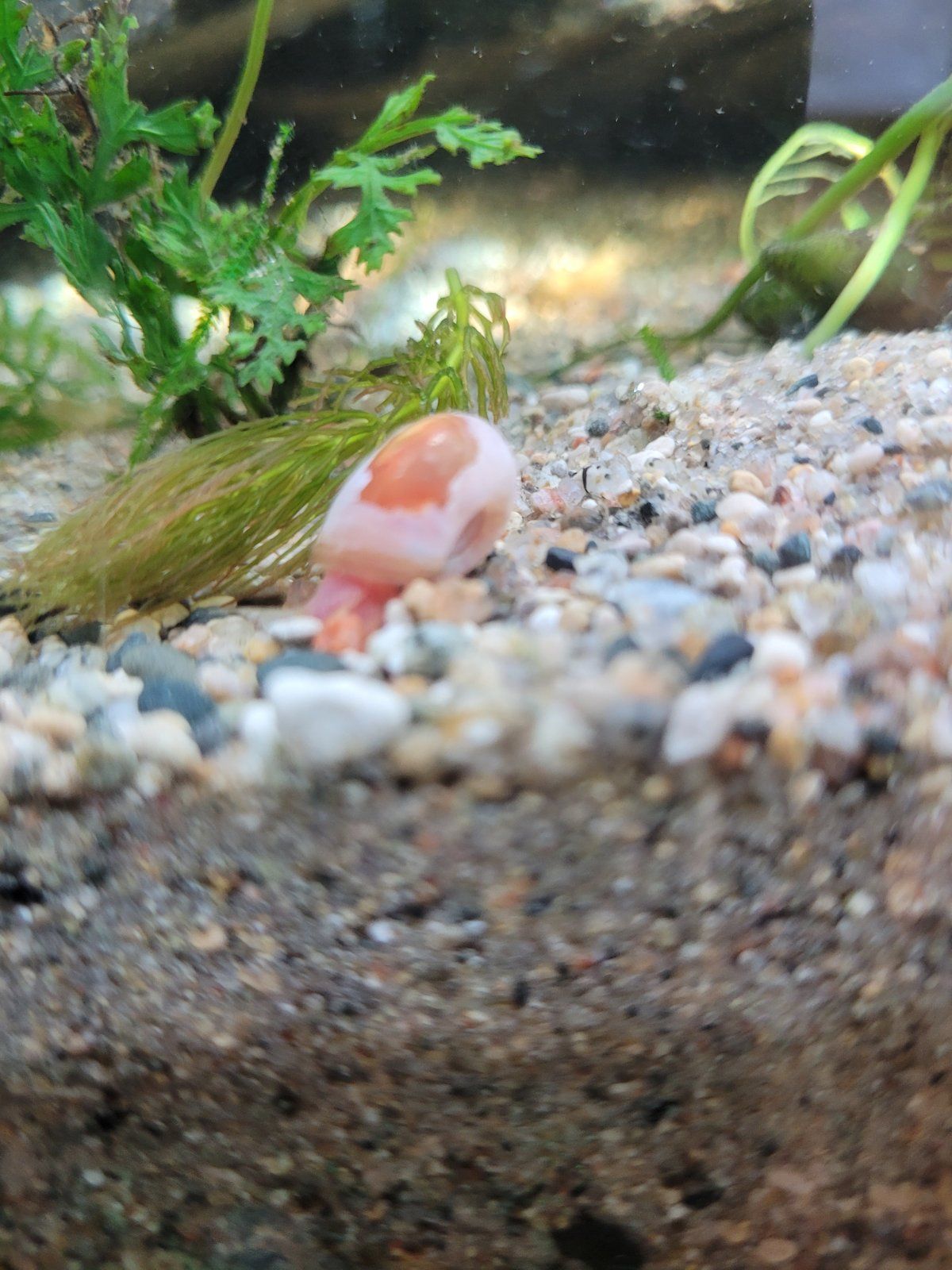 Land snails with similar injuries often recover. I would leave him be, if he doesn't get the tissues infected he stands a good chance of surviving, in my opinion.
F

If he doesn’t get picked by fish, it will repair (in this case recreate) its shell fairly quickly. If your water is somewhat hard, then even faster!

ChasingFish said:
I read online that you can super glue (gel type) a piece of plastic bag, or an egg shell to patch it (being very careful not to let the glue get inside the shell and touch the flesh) - but I feel like it's too small for me to attempt that.
Click to expand...

Indeed, it's too small and the shell on those snails is VERY thin even in healthy individuals, so it would likely do a lot more harm than good attempting any kind of fix.

The photo does look a bit odd to me though - it's a bit hard to interpret. At a glance it does look like a big section of shell is missing, exposing the red tissue underneath. However, if the shell was completely missing over an area that large, the mantle wouldn't normally be able to maintain its shape and would sag inwards, potentially pulling away from the shell further (mantle collapse). It looks more as if the outer layer has flaked away and perhaps left the transparent inner layer that the mantle is clinging to, since it still seems rounded. If that's the case, it's not necessarily a better chance of recovery - the extra calcification that takes place at the site of cracks and pinhole punctures doesn't tend to happen if the mantle flesh isn't exposed or injured in some way. It may thicken a bit as the snail grows but could continue to be a weak point in the shell. If you have observed that the red area is definitely soft then it is indeed exposed skin and will calcify as long as the mantle doesn't start to pull away from the edges of the break.

I dropped a ramshorn on the floor once and he broke half his shell. He recovered.
You must log in or register to reply here.

What is your favorite love song?