Another Nano Tank For A Betta

More pics tonight. Tank is looking well settled now. A quick clean this morning just to zuzh up the moss mats and give the gravel under them a quick vac. Parameters look great! All 0 and nitrates about 10. Fabio has been super with the shrimp, no more fatalities, and he's looking very settled in his tank *thumbs up*

The tank is back on glut drops instead of CO2 injection as I'm out of gas until I get paid.
OP

If I can catch a break I will get some pics, it's looking good. Fabio continues to not eat the shrimp and has lost all interest in them

The water looks great but testing showed nitrates were at 30 so a quick water change. The carbon filter was removed from the filter and filter floss added along with some more ceramisub, to get more mechanical and biological filtration.

CO2 canister picked up and back on the tank. My EI ferts also arrived so we're good to go!
OP

Sorry to hear about you having to have been evacuated, at least nothing bad came of it though! Great pics you got though

Fabio is going to be a dad!

He and Margie (the female from the pair) have been making googly eyes at one another for some weeks. Fabio finally built a bubble nest on the weekend, so I introduced them with the intent of letting them practice courtship and see how they went in preparation for a future breeding. Well those two ragamuffins decided to get the whole job done, so now Fabio is guarding a fine little nest of eggs.

No idea if they will be fertile, but I've ducked down to the store and picked up a microworm culture and some BBS eggs just in case. I don't expect any to survive my noobishness, but if they do they should be pretty 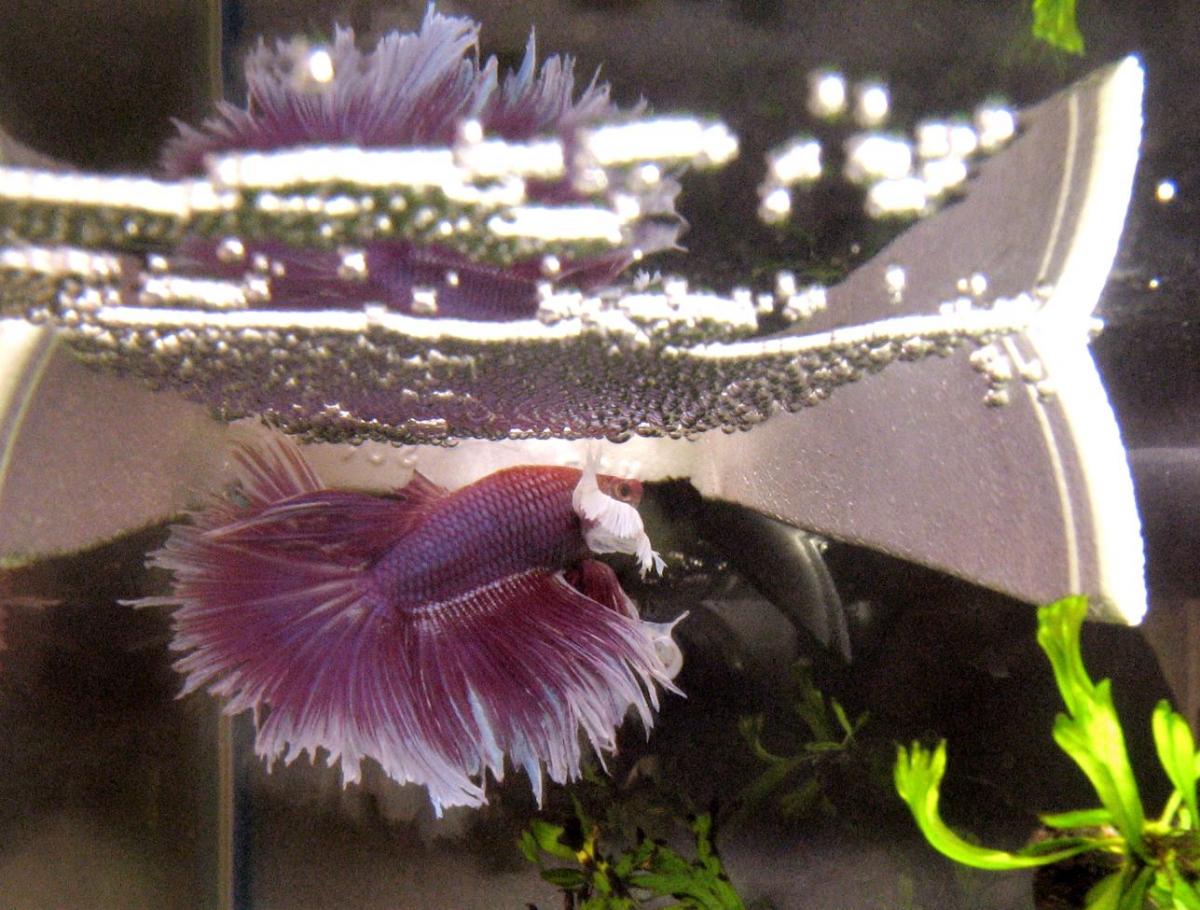 We have hatchlings
OP

Looks like about 60 strong hatchlings, Fabio is doing a great job of keeping them corraled. The tank is well established now so hopefully there is enough microchow in the water to kick them along; I also have microworms in the water for them. I also popped a piece of stocking over the filter intake to help reduce the death of the babies once they start swimming

Fabio is still being well fed to help him have energy for his job and I intend to leave him in. He is getting quite protective and had a go at a couple of shrimp that have gotten too close, but not too bad at this stage. One of my cherries has berried as well 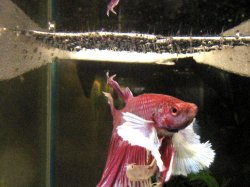 The fry are now free swimming Fabio continues to be a dutiful dad, swimming out constantly to find fry and return them to the nest. He's currently on a diet of around 18 pellets at day to cover the calories he's using up. (Nigel gets about 5 a day as a comparison)

Fabio has become much more protective, looking out for and shooing away the shrimp, especially the highly visible cherries. He shows no interest in attacking them or killing them, he just wants them away from his babies - bless! The shrimp are spending most of their time hiding amongst the pebbles, under the driftwood or in the shrimp tunnels on the opposite side to the nest.

Currently putting in a small amount of microworms three times a day to cover any fry old enough to consume them. The filter is still running, with a baffle on the outlet and a piece of stocking covering the intake, helping stop any fry being inadvertantly sucked up.

As silly as it sounds (and despite many articles on breeding I've read until now) I'm treating him like one of the horses - keeping him fed up and letting him do his job. We'll see how it goes.
OP

and for the first time, the 20l tank setup with Nigel the legend in it

A snap of one of the fry, they are around 3mm long

Just a quick update, photos to follow when I have time

The fry are growing well and are 4-5mm long now Fabio is a great dad, he is still in the tank with the fry and patrols to protect them. He's given up trying to shepherd them now

Unfortunately, Fabio is quite the tail biter and after growing his tail out nicely after spawning, has absolutely shredded it into pieces No idea what to do about it.

Tanks looks gorgeous!  I especially like the windelov in Fabio's tank.
Great news about the fry!

Aww the fry are so cute! Fabio sounds like a great dad I hope the fry keep going strong!

A
I think something else instead of triops hatched...

B
Best species for a new 38 gal freshwater tank?

4 minutes ago
Beckett
B
F
White spot on 1 eye