Light: not mandatory if regularly fed, but moderate lighting is ideal for best growth.

Care: White ball corallimorphs are related to mushroom corals/anemones and have several concentric rings of long tentacles tipped with white balls that house nematocysts. These corallimorphs prefer placement low in the tank, often on substrate or on rocks near the substrate. They cannot rely on lighting for a food, and require target feeding frequently for good growth and bright color. A well-fed, healthy white ball corallimorph will have a bright orange to pink body with clear tentacles. Malnourished individuals and those deprived completely of light will loose their color and shrink in size over time. Regardless of initial placement, white ball corallimorphs will roam the tank searching for an ideal site to attach to. They will generally not accept smooth surfaces and prefer to be located on rough rubble. White ball corallimorphs have nocturnal tendencies, although repeated feeding with the light on will cause them to be more open during the day. However, they will rarely extend fully until the lights are turned out, at which point they may extend to double their daytime size.

Feeding: white ball corallimorphs will attempt to eat anything that sticks to them, so feeding must be done with care to avoid presenting them with objects that are sharp, inedible, or too large. Acceptable foods range in size from zooplankton to meaty chunks roughly 1/4 the size of the corallimorph's disk. Larger food may be accepted initially, but the corallimorph may regurgitate it later. For good growth, feeding twice per week with meaty foods is best.

Propagation: healthy white ball corallimorphs may reproduce on their own, given enough space and food. They have three main forms of reproduction that can be observed in the aquarium: asexually by pinching off pieces of foot tissue, asexually by dividing down the middle of the disk (more common in large individuals), and sexually by releasing eggs/sperm into the water. The first form of reproduction is most common in the aquarium, with the second only occurring in large or injured individuals. The third is a rare event, and corallimorphs can be seen releasing a smoky substance from the oral disk. If the actual spawning itself is missed, it is evidenced by the sudden appearance of hundreds of extremely small new corallimorphs on the tank walls, rocks, etc. When this type of spawning occurs, most of the new corallimorphs do not survive to adult size although good conditions can improve the survival rate. Surviving offspring that are higher in the tank will generally move down to the substrate. To propagate corallimorphs by hand, it is best to divide the individual down the middle to produce two equally-sized specimens or remove a piece of basal tissue as would occur in the first two types of reproduction. Manual propagation should be done on larger individuals, as it is quite stressful on the animal, which will generally shrink back and continue to decrease in size until healed and ready to accept food again. This type of propagation can also be used to control the size of individual corallimorphs if they become large enough to pose a threat to other tank inhabitants. 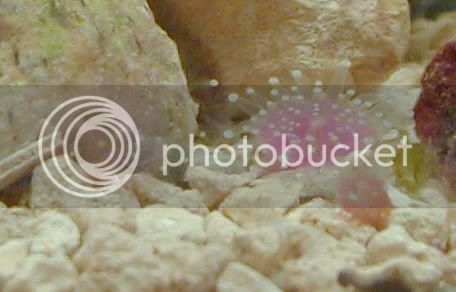 O
What do I feed my dwarf pike cichlid

Yesterday at 11:59 PM
StevenF
S
M
How to check calcium in freshwater tanks