What wood is this?

Hey can anyone tell me what wood this is? I bought it in a fish store that didn’t know. I’ve been soaking it for weeks and it as you can see the tannins are off the charts. This is less than 24hrs since I changed the water. This has happened everyday for about 16 days now. Really dark and oily. I’m assuming this isn’t going to be suitable for a tank? Or am I treating this incorrectly? I have been turning it around so all parts get submerged across the time I’ve been soaking. 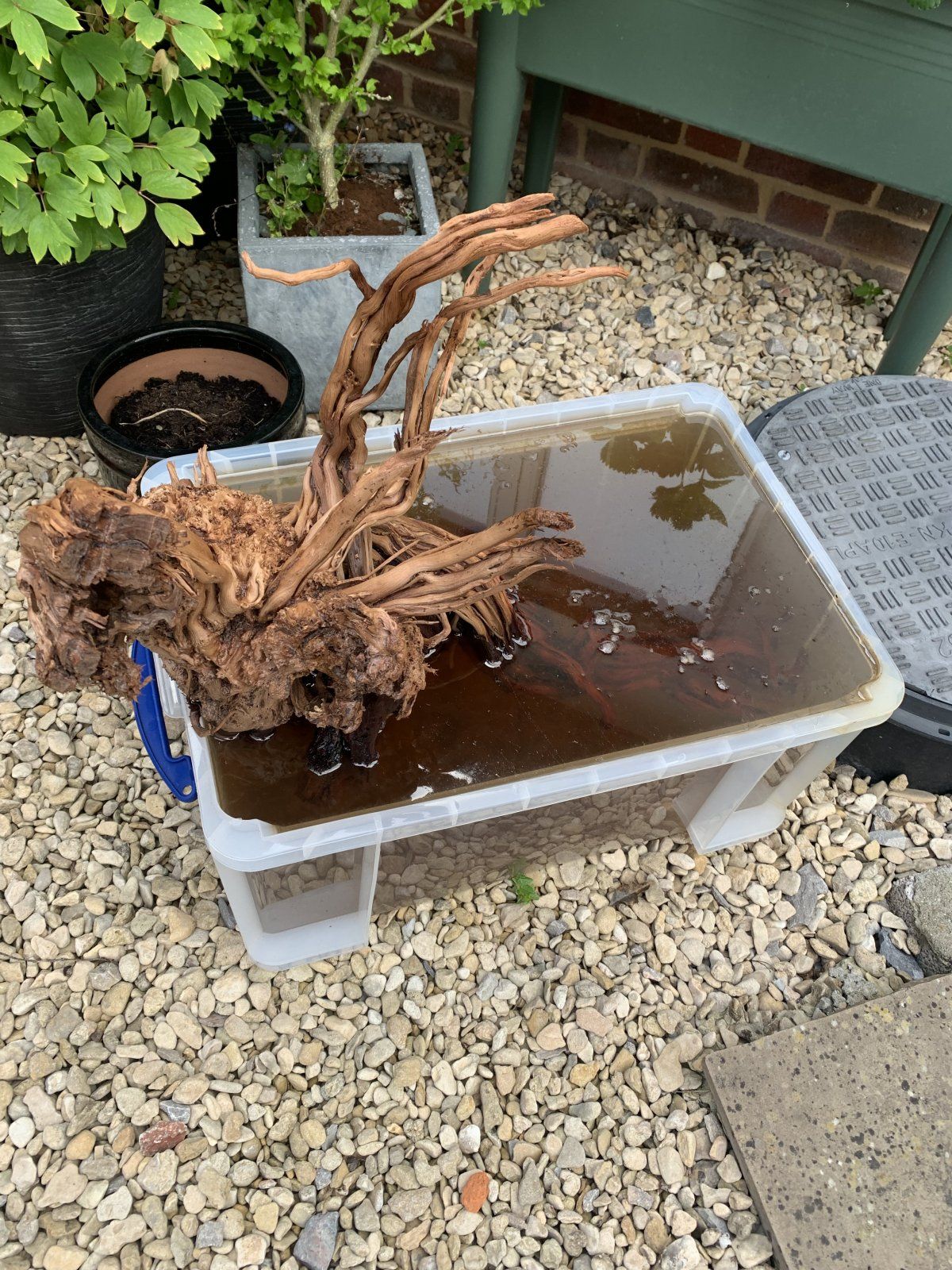 Tannins are not harmful to fish, and if you happen to have soft water species, they will actually benefit in most cases. You might not see much in the tank for a time, but the tannins will clear. As for the wood type, I have seen this under various names.

I don't know the name I'm afraid, but I've seen in sold in various places too, and have a much smaller chunk in one of my tanks. I don't mind tannins though, and mine didn't produce nearly as much in the way of tannins since it wasn't such a huge piece.

As Byron said, fish like the tannins and they're beneficial rather than harmful, but if you don't like them, then just keep soaking away! It can take a long time to for them to go, especially with such a large piece, but it will stop eventually

Hey
Spider root, common in aquaria. Often release some kind of white/milky fuzz, or It looks like a more or less opaque milky veil you can remove by boiling it 2 hours and brushing it using a wire brush.
OP
OP
M

Thanks all… very helpful… yeah it has a milky residue… I’ll keep soaking it.

Yes keep it soaking or you'll need to weight it as it easily floats.

Since spiderwood has been mentioned (and is a plausible type without question) and since you mention a white fungus...some of the white fungus that can appear on this wood is highly toxic, while other species of fungus does not seem to be. I had the former, unfortunately, and lost fish to it before I realized. It takes a microbiologist to examine the fungus and determine the species, so just recognize that it may or may not be toxic.

Ooch, toxic ? Any way to distinguish toxic and non-toxic ?

Only by a microbiologist using a microscope who can tell the species (I certainly cannot).

So in doubt remove it.
I remember that I boiled mine 2 hours, fully submerged, but all the same I got it.
I had to use a potasium alum (KAl(SO4)2·12H2O ) bath to definitely get rid of it.
You must log in or register to reply here.