Hi, I've been experimenting with live foods in my ember tetra tank because I wanted to try my hand at trying to hatch eggs from Aphyosemion australe (Lyretail killifish) at some point in the future and they need live foods. Now I'm seeing one ember tetra fry swimming near the bottom, the adults are all using the middle almost exclusively.

It is a 10 gallon tank and I'm worried the fry will not get enough food when the adults get food, especially because I think this little guy needs even smaller foods than what the adults eat. I have some Hikari first bites, because of wanting to try the killifish. I will put some in some water and pipette it down there to him.

I have a fry tank that was supposed to be for the eggs, so I could take him out and put him in there and try with the microworms I already have a culture of. I am very worried about harming him when I transfer him though, he is so small! 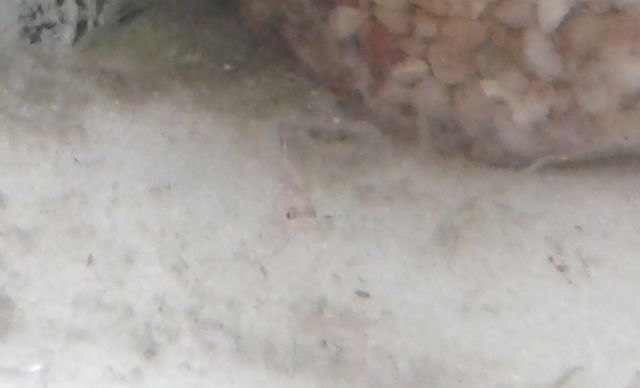 Or I could keep him in the 10 gallon. What is the best way to do this?

I tried to take a picture of him, but its' almost impossible to see him, But he's in the middle of the picture, he's mostly eyes.
OP
A

Tried to catch him to put him in the fry tank, so I could feed him microworms more easily. But he's wayyyy too fast for me. So he might have to stay in the 10G anyways, unless I manage tomorrow.

I have 5 ember tetra in my 55 gallon tank. I set up an area for fry using java moss so they can hide. I have neon and red eye tetra too along with two albino catfish. I hope your little guy can survive. I also have floating plants mostly hornwot which I heard is good for fry and would get them close to the surface for feeding. It is also cheap. I have 2 female and 3 males so maybe I will be lucky to see a fry or two in my tank too.
Last edited: Nov 30, 2019
OP
A

I couldn't catch him with the net but I used my gravel cleaning hose, took the strainer head off and vacuumed him up along with the tank water that I wanted to put in the fry tank anyways. That worked perfectly and I'm quite sure the net would have had much more chance of hurting him. I will put some of my duckwead and mini water lettuce in his tank, that should help him too.
OP
A

Retired Viking: I read that ember tetra sometimes will eat their fry so I didn't want to take the chance. Having an area where they can hide might make their survival rate much better though. I don't have experience with that.

Totally understand and agree, in the past I also moved my fry to a fry tank. Just with a larger tank like my 55 gallon tank chances are I won't see them or be able to catch them so I wanted to give them a chance. I may try you idea of using a gravel cleaning hose. I always check the used water from cleaning before dumping it out since I have ghost shrimp in the tank. Please let me know if the fry makes it to adulthood.

I have not tried mini water lettuce, does it try and take over the tank or only stay on the surface?
OP
A

It's full of stars

It is certainly true that most species found in this group would see newly hatched fry of any species simply as live food.
OP
A

I found a second fry in the tank and moved it to the fry tank, so now I have two! There is a bit of size difference but not too bad.

Retired Viking said:
I have not tried mini water lettuce, does it try and take over the tank or only stay on the surface?
Click to expand...

Taking over the tank is never a problem with floating plants. All will survive having their roots cut. Just lift out, hold over a bucket and snip. And if the cover gets too thick just pull some out and throw them away. Before I let my tank go mad I used to trim the roots and thin the surface weekly, so it looked exactly the same after every water change.

Since I stopped doing that I have pencilfish fry survive fairly regularly and I'm still hoping for some glowlights. Not seen any fry but they do spawn regularly. (I have no interest in breeding intentionally or having lots of fry).

W
Do I need water from the parent’s tank?