Treatment Of Camallanus With Levamisole Hci

This journal is currently a work in progress detailing my treatment against one of the most dreaded aquarium parasites. Hopefully it may prove useful to others in the future.

What is Camallanus sp.?

A livebearing parasitic nematode (worm) that infects host fish via digestion of an intermediate host such as copepods. Once introduced to the fishes digestive system the Camallanus worm(s) firmly attaches itself to the intestinal tract of the infected fish growing for several months until the worm has reached sexual maturity, after which it will proceed to move down the intestinal tract until it can protrude from the anus to allow the release of larve.

Why it is so dangerous?

- larvae can easily be transmitted through multiple tanks via shared equipment such as nets, spyhons...even splashes or wet hands!

- Due to the way these parasites attach themselves to the intestinal tract there is a high risk of internal hemorrhage and secondary bacterial infection to the host.

- Deceased, unpassed worms can cause death of the host by decomposing in the intestinal tract and/or causing impactions.

- Unaffected by most common anti-parasitic medications, and increasingly resistant to anti-nematodal treatments.

Levamisole Hydrochloride - a livestock dewormer that works by causing paralysis in the worms and larve. Has no detrimental effects on biological filter, invertebrates, or live plants. Suggested dosage is 2 mg/L of the active ingredient Levamisole. Levamisole is light sensitive so UV filters should be turned off, and like most medications will be removed by activated carbon. For a more indepth look at Levamisole Hydrochloride as a nemotodal parasite treatment please visit: http

Day 4 - Purchased 1 packet of Prohibit (tm) Levamisole Hydrochloride at a local farm "co-op" for the price of $20 USD. Prohibit is a water soluble "drench" designed for Cattle/Sheep... you can imagine my hesitation when thinking about treating my fish tank with something designed for 800 lbs. animals! Proceeded to prepare a dosage of approx. 0.3 grams for my 28G tank. Powder dissolves almost instantly. Dumped in tank along with several roughage treats to encourage "passing" of the worms.

Observations:
- Worms appeared to retract initially, but after a few hours began to slowly be expelled.
- Fish showed some minor signs of agitation...increased schooling, increased aggression, and known parasite carrying fish showed increased jumpiness and hiding, but no signs of serious distress (no stress discolorations, lethargy, loss of appetite, or gasping at the surface). Due to my experience I would highly recommend observing more aggressive fish just in case separation may be required.

Day 5 - Performed an ~80% water change to help remove the medication and to very throughly vacuum the substrate. Affected fish had already passed one of the worms, and I gently assisted the removal of the second before replacing the fish in the tank. Please note that this prob. isn't a recommended procedure (and you should never attempt to remove them without treatment first as this can cause severe internal damage to the fish), but since Levamisole is not an ovicide I didn't want to risk having a mature worm present in the tank dead or not.

Completed two subsequent treatments over the following two weeks. No harm was observed to the biological filter, invertebrates, plants, etc. Currently no sign of reoccurance.
M

hows it doing? All my fish died from this disease since another forum didnt think they should help me...... Anyway i hope your fish are doing fine and taht this treatment works for you.

Picture of my Apistogramma infected with Camallanus Worms. 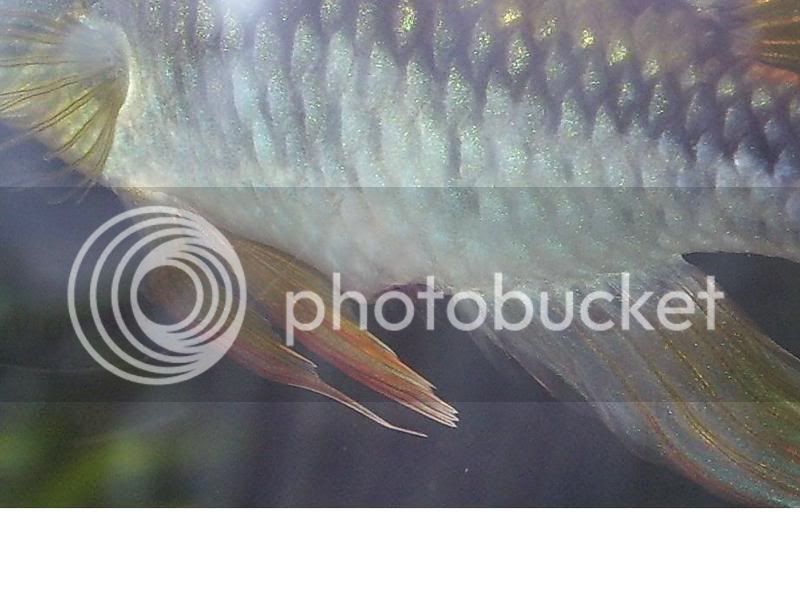 If you live in the UK you will need to get the Levamisole Hydrochloride from a vet or order some from overseas(illegal)
I have just secured some Levamisole from a vet and will be collecting it tomorrow. I will post the results.

Other signs of internal parasites are being thin or bloated.
Red inflamed anus to enlarged anus.
Some cases bent spine.
Worms prutruding from the anus.

Ok update on my use of Levamisole Hci to treat Camallanus worms.

I got the med from a exotic specialist vet(usually deals with birds, reptiles ect) I had to email him the picture shown above before he would get me the med, and it took quite a few phone conversations as well. If you can find a fish vet specialist that would be best.

The medication I got is called Levacide and its a 3% concentrate liquid drench usually used to treat sheep and cattle. It cost me £25 total for the large bottle of Levacide and a vet fee. If you live in London the vet I used will be a good place to get it. <a href="http

/www.vetclick.com/referral-practices...mp;ReferralId=3</a>
C.J.Hall veterinary
The vet recommended 0.3 ml per gallon for a 24 hour bath, repeat in two weeks. You need to do a large water change after each med bath.(I did an 80-90%change after each) You use the fish tank as a bath as the worms are contagious. (you need to treat all fish)

I had read on the Internet that I would need a larger dose of the med than the vet had recommended so I went half way. I added 0.45ml per gallon. All the worms were gone from the effected fish within 12 hours. All fish seemed ok with it. They all survived. I did notice that my amano shrimp were not acting normally- they all are ok now. If you do have shrimp in the tank I recommend using only 0.3 ml per gallon. I have not seen any worms since adding the med and I have used the med on 4 different tanks including a wild discus tank, all fish have been fine with it.
K

I know this is a bit of an old thread, but I just found out that my guorami has Camallanus worms. Does anyone know of a place online that ships to the US that selles Levamisole HCL?

Surely there is an actual fish medication you can buy for these worms on the market???

In the uk can only get levaimsole from a vet.

Heres a pic of one of my Bolivians with Camallanus. He still has this and am trying to get hold of some Levamisole Hydrochloride. 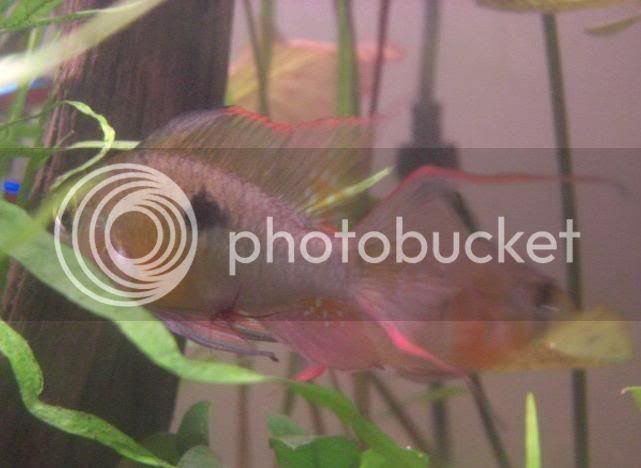 Hope this pic also helps as it clearly shows the problem and seems quite an advance case even though as you can see he is usual colour, eating normally etc.

See this thread - also something to try and should be successful.

Otherwise I can recommend C.J Hall vets. It's actually my local vet and I've recently had my angel fish treated (successfully) against HITH.
You must log in or register to reply here.

Playing with my new phone camera