Care: This animal belongs to the Smasher Mantis Shrimp family. They have a very developed club-like appendage that includes a very sharp spear. The club is used to smash and stun prey, also to crack open shells and to bash rocks to create burrows. The spear can also be used to fight predators and sometimes to slash at fish or other soft fleshed prey. This is not to be confused with the barbed spear appendages of other mantids known as “spearers.” The optimal habitat for the Mantis Shrimp is sand or gravel with some live rock. It creates burrows and readily accepts PVC as a synthetic burrow. It is very important in the aquarium to provide ample rock work and shady places for this animal. It’s eyes are very sensitive to light and they naturally live in dim areas. High lighting with no relief can cause a great deal of stress.

The Peacock Mantis is most commonly diurnal. It can be seen during the day wandering the rocks and even the open substrate. It will also playfully interact with anything coming in contact with its tank. It’s not uncommon for owners of mantids to play a game of peak-a-boo around rock work with the animal.

Feeding: Food substrates include gastropods, bivalves and thawed krill You can feed any marine flesh but, a note about silversides. Some have expressed concerns over the fact that mantids do not feed on silversides in the wild. Also, it is believed that frozen silversides can go bad and easily be very detrimental to the mantis. Feeding can be done by simply introducing live animals such as snails into the mantid’s environment and allowing him to naturally prey upon them; or by introducing the food via a feeding stick and dangling it in front of the animal to entice an attack.

Caution: These animals make for wonderful pets when provided with the correct aquarium. It is important to note that they do have the ability to not only cause damage to their owner but to their aquarium. Some important things to note when creating a habitat for a Peacock Mantis:
Photographs: 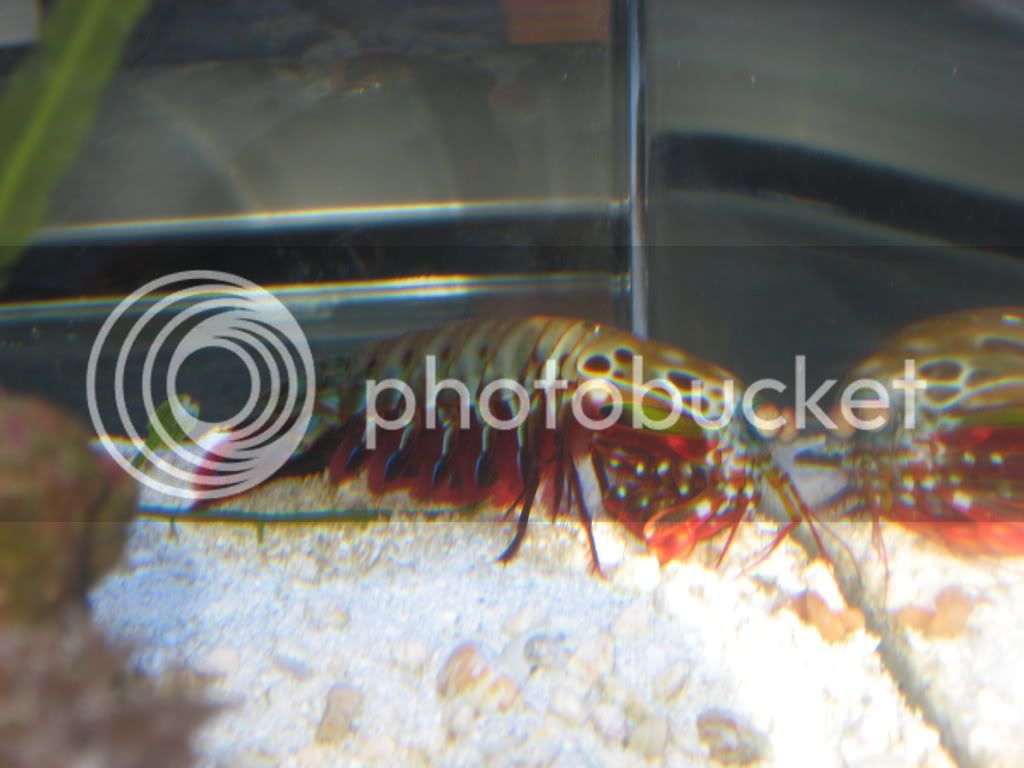 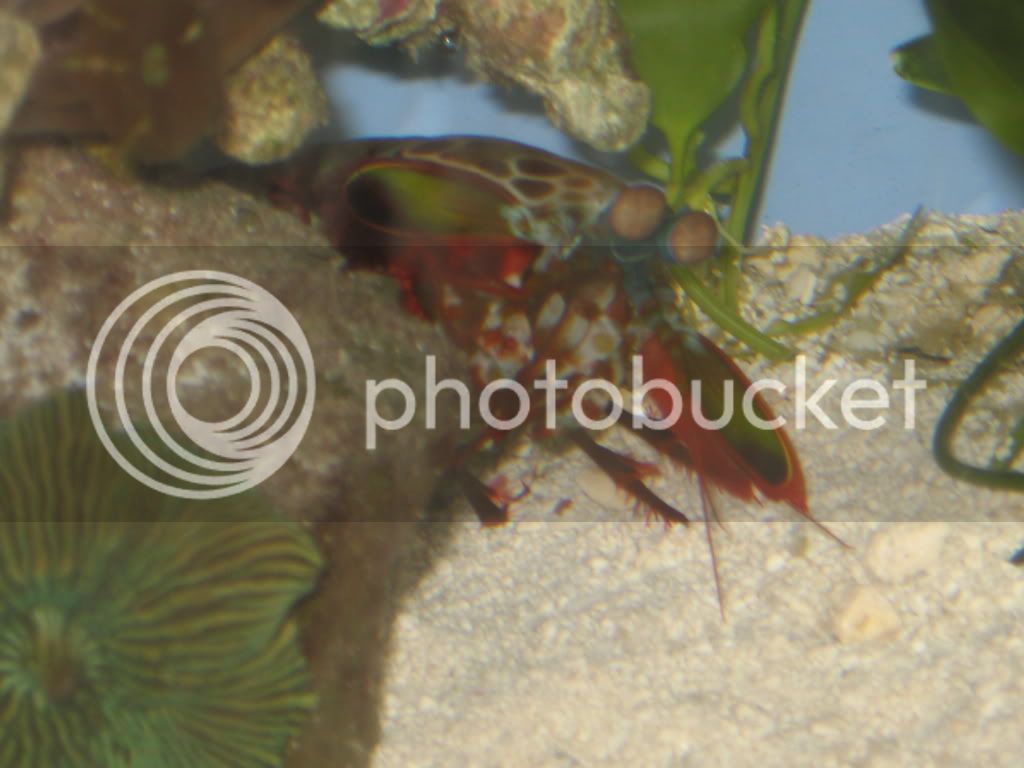 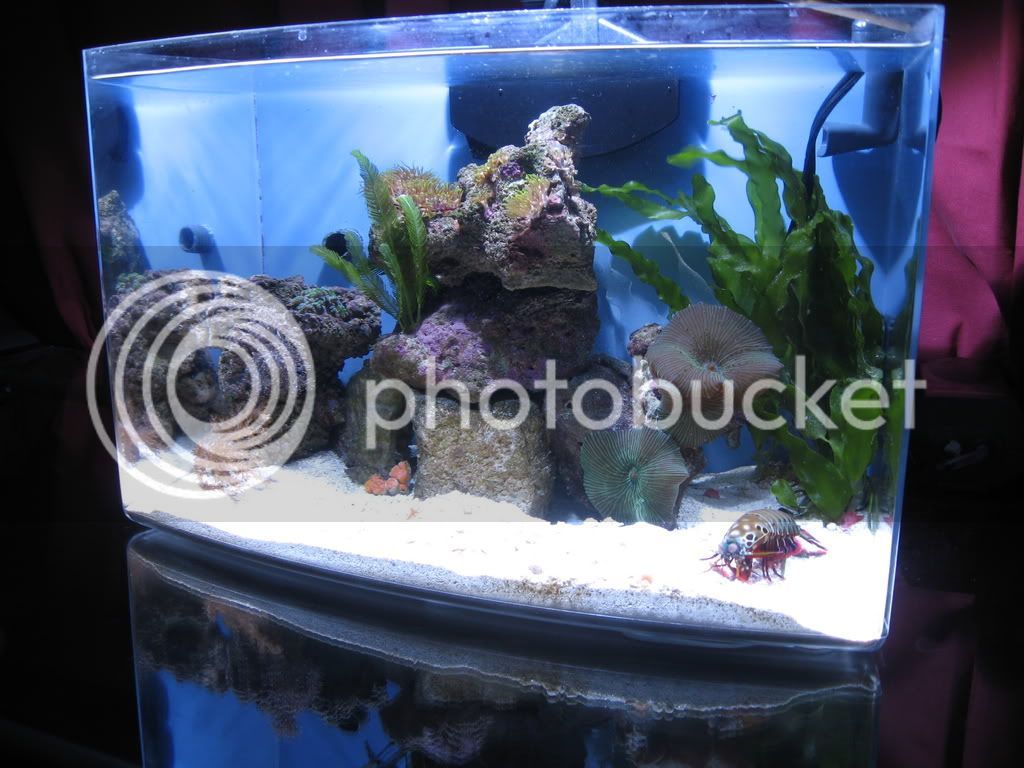 A moment ago
Benji k