Mysterious Scum On Tank. Can't Get Rid Of It...

I can't remember if I posted this question on this forum or not, but I still don't have an answer, so I'll post here in case I didn't and someone has a suggestion.

I have a tank that when I got it, it was in nasty condition. It took weeks to get it clean. I used bleach, boiling water, and vinager to scrub it down and clean it up. I finally got it clean and started cycling it, then during the cycling, I basically ignored it until I put my starter fish from my main tank in there... It had streaks like there were finger prints or water streaking, but I just left it be while I took care of the starter fish.

Once the tank was cycled and I put the starter fish back in the main tank, and put the Rams in, I took some windex to clean it up for optimal viewage.

that's when I noticed, as soon as the windex would dry, the smudging would come back. I windexed several more times and still it came back. 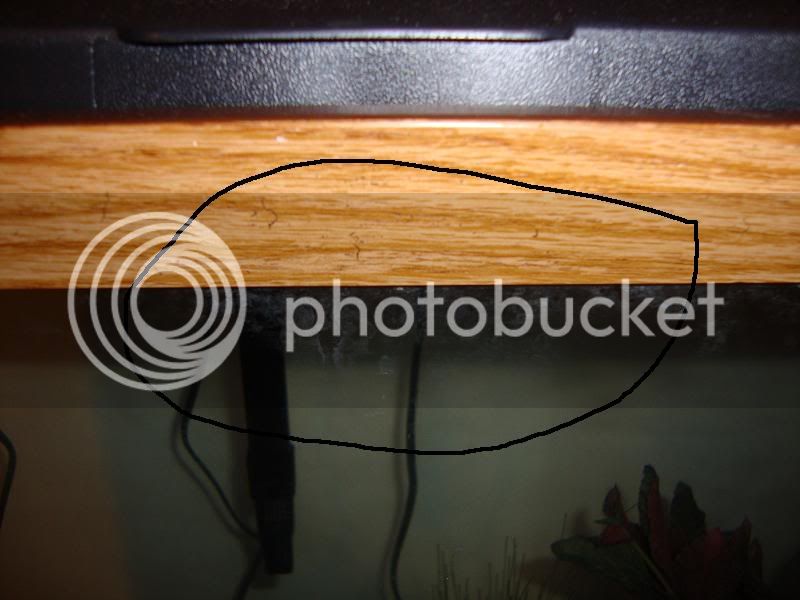 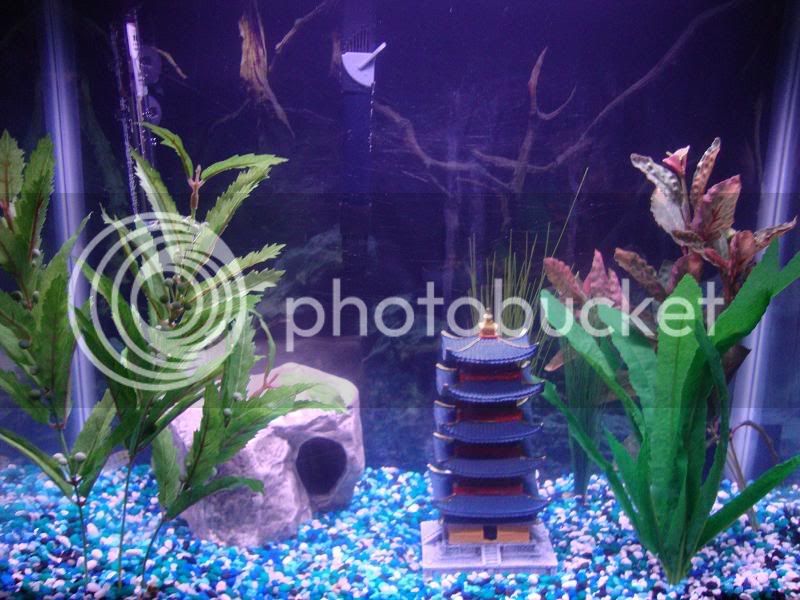 (Second pic, look above the pagoda)

Anyone have any other suggestions? It's quite unsightly and detracts from the tank.

I have this same problem on my used 55 gallon tank.

Curious to see what people to say about it.

Yeah, it is on the outside of the tank and whatever I do I cannot get it off! I have even used "Goo-Gone."

Is it on the inside or outside? I'd try a razor, has worked for me.


As to the pagoda, to be honest I think the gravel detracts from the tank, not the pagoda. It draws my eyes away from everything else in the tank.

If it is on the outside (sounds like it is from your description, I wonder if it is worth trying CLR or another mineral deposit cleaner.
OP

hmm, I haven't thought of CLR (yes it is on the outside.)

as for goo-gone... hmm... I didn't think of it, but there was this brand of goo-be-gone stuff that I used when I accidentally got black hair dye on my kitchen floor... (I was going through a "dark hair" phase. Was tired of being blonde.)... black hair dye DOES NOT COME OUT. I thought it was going to be stuck there forever and I'd have to pull out the floor... but I found this goo be gone stuff (Can't remember brand name) and it actually pulled it off with a little elbow greese as well. Wonder if that would work.

As for the gravel, it actually looks good in the tank, The pictures were taken without a flash so it distorts the colors a bit. But the gravel matches the color of my two Blue Rams, the trim of the Pagoda, and of course the blue of the water Mixed in, which you can't see very well in this photo, is natural substrate as well as a little black and white gravel. The pic didn't pick it up, but the gravel isn't as bad in person as it looks in the pic.

Besides, the tank is in my bedroom, so unless you plan on coming here for a slumber party, its mainly for me. lol

Cool a slumber party! The people on this forum really know how to party.

karin said:
Cool a slumber party! The people on this forum really know how to party.

you should see me in my pink footy pajamas. It's got a care bear patch on it and everything!

karin said:
Cool a slumber party! The people on this forum really know how to party.

you should see me in my pink footy pajamas. It's got a care bear patch on it and everything!
Click to expand...

A
Are these neon tetras mating??