Maximum Size: 16" sometimes they can even get bigger

Sexing :theres no 100% method of sexing them until they mature,breeding tubes will be noticed at base of fish near the anul,males tubes are long thin and pointy,where as females tubes are usually fat stumpy and short....females - tend to keep there vertical baring through there whole lifes males - males will (not all but 90%) change there stripes for a mottled spotting pattern ,females - (not sure what word to use) will have a dummpy shape to there bodys and a nors stibby look to there face also the female have a straight line from lips to head (no sign of and pump/hump)males - males are not as dumppy as females but do have bigger lips and the line from lips to for head has a slight bump ...female - females do paterning on the bass of fins, not right the the tips and not as prominant as the colour/patterning as the body....males - males do have verry strong patternings on the bass of the fins almost like an extenction of the bodys colour/patter that fades out but carrys on through-out the whole finnage

Breeding: This fish is a cichlid, and like many of them, once a pair is formed they will be strongly bonded to each other. but with this cichlid if you are attempting to breed its advised to keep a tank seporator handy...lip locking is a test of strength and the quivering of the body/tail,digging of pits and cleaning of rocks is all noticed as breeding behaviour....

tank mate :now this is a difficult one to awnser as some people manage to keep jags with other cichlids with out a problem,where as some come with problems straight off...they are beatiful fish which can be quite aggressive with other tank mates,even plecs..i have a jag with oscars and up til now no problems but my eye is always on the tank its prob not reccomended you keep these two together<OK TODAY 05/05/2008 JAG HAS STARTED ATTACKING OSCARS SO I NOW THINK ITS BETTER TO HAVE THIS FISH AS A SPECIES ONLY OR KEPT WITH CENTRAL AMERICAN CICHLIDS IN A LARGE TANK<REHOMING HIM>......Fish size- in the wild male jaguars can get up to 22INCH€￾, though in captivity they never get over 16INCH€￾, which is still plenty big, females get up to 14INCH€￾, though usually smaller in the 11INCH€￾-13INCH€￾ range.
Tank size- to keep males you will need a tank of at least 125 gallons, a female though can be kept in a tank of 75 gallons, and pairs should be housed in 125 gallons (US gallons!) 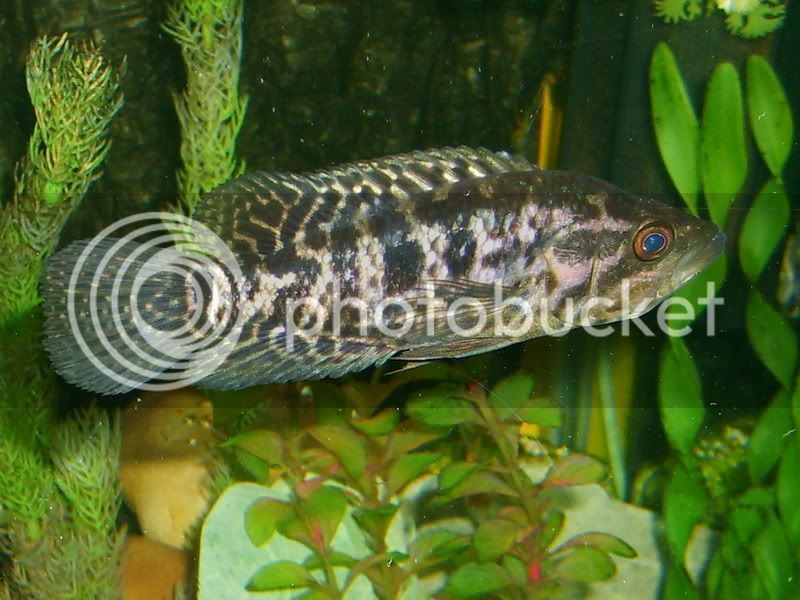 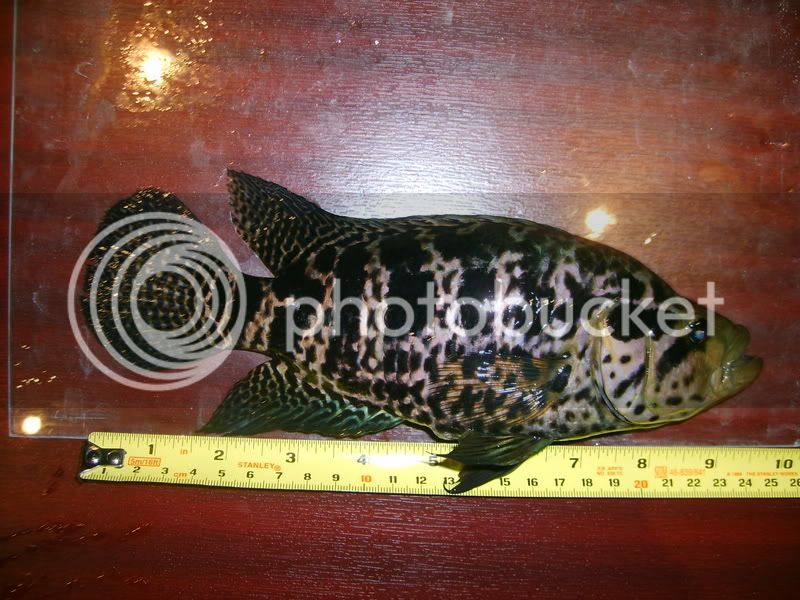 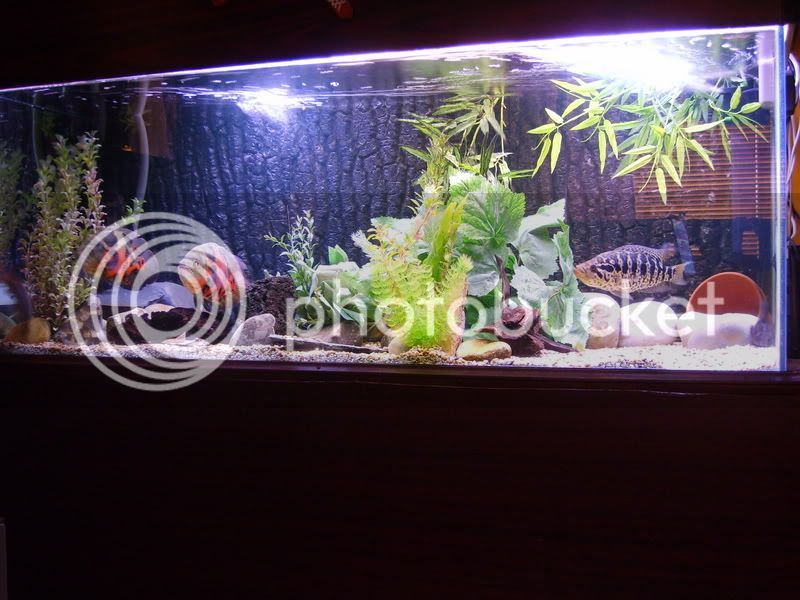 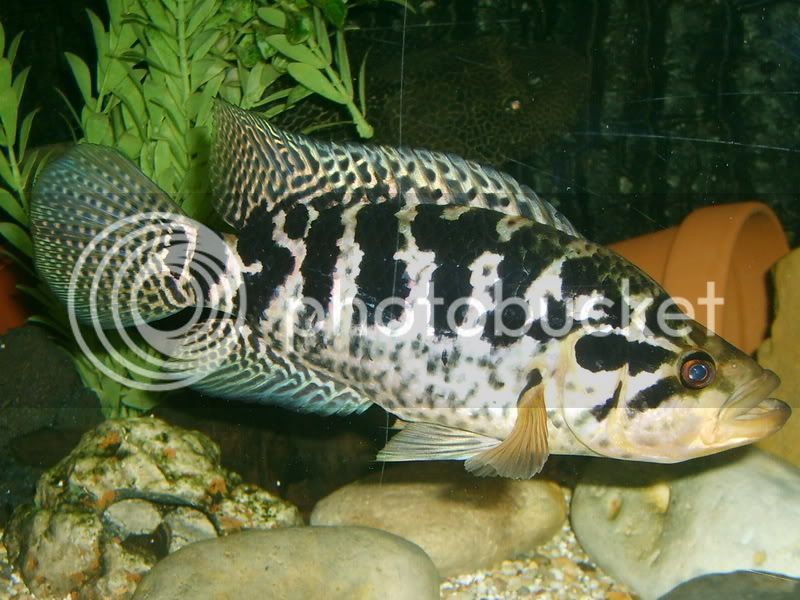 pictures from bolty to follow shortly,,he has a xantic jag and has bred them sucsessfully
OP 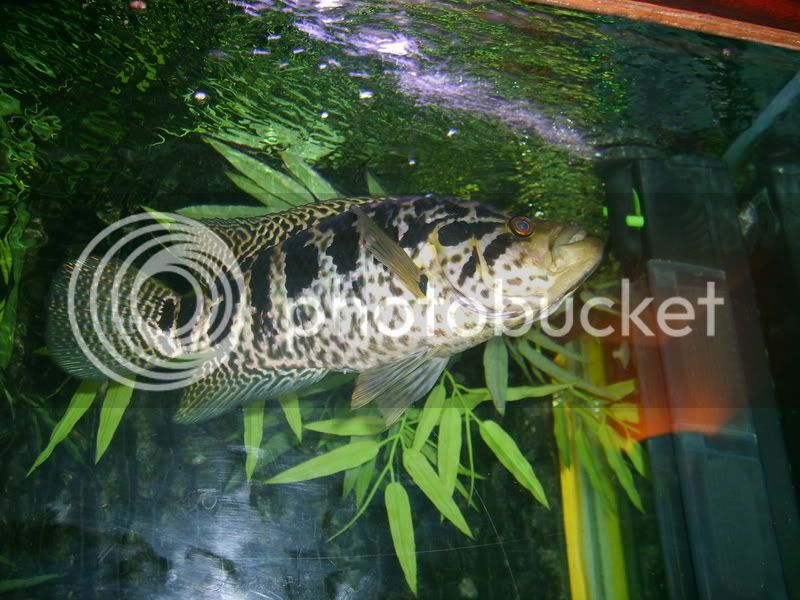 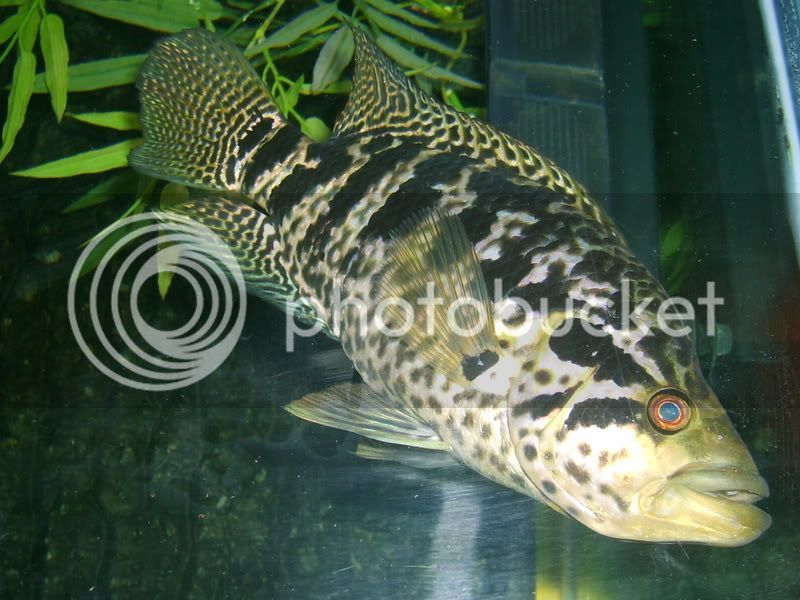 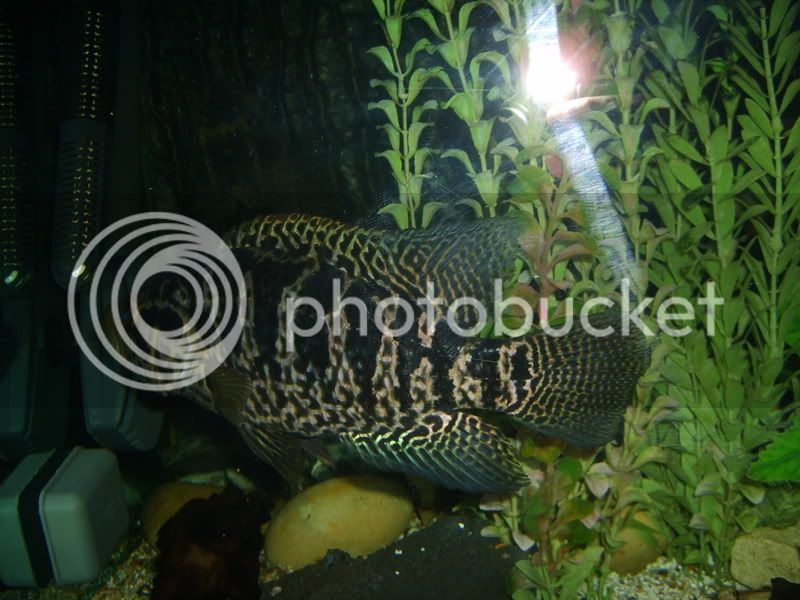 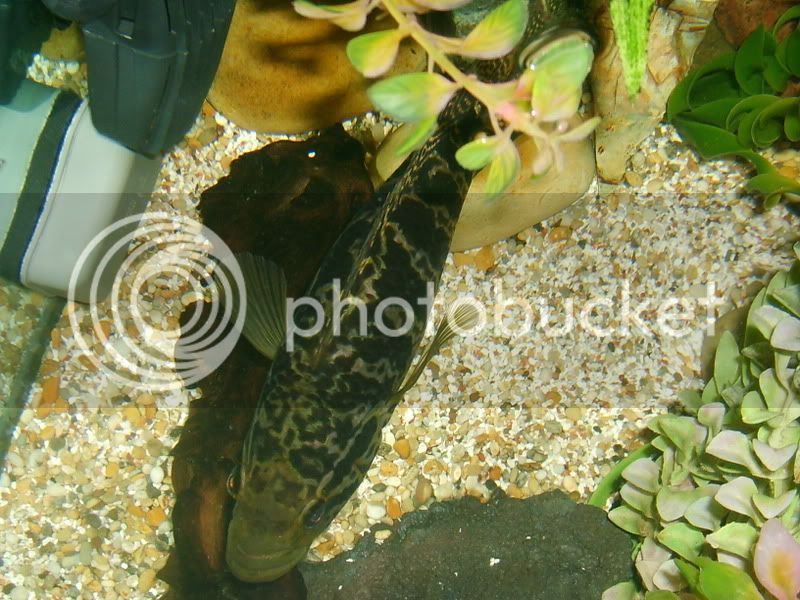 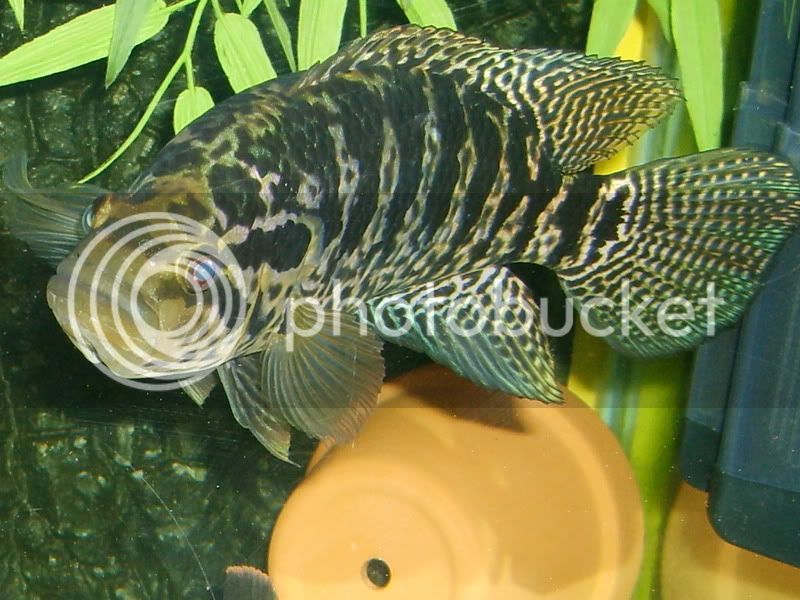 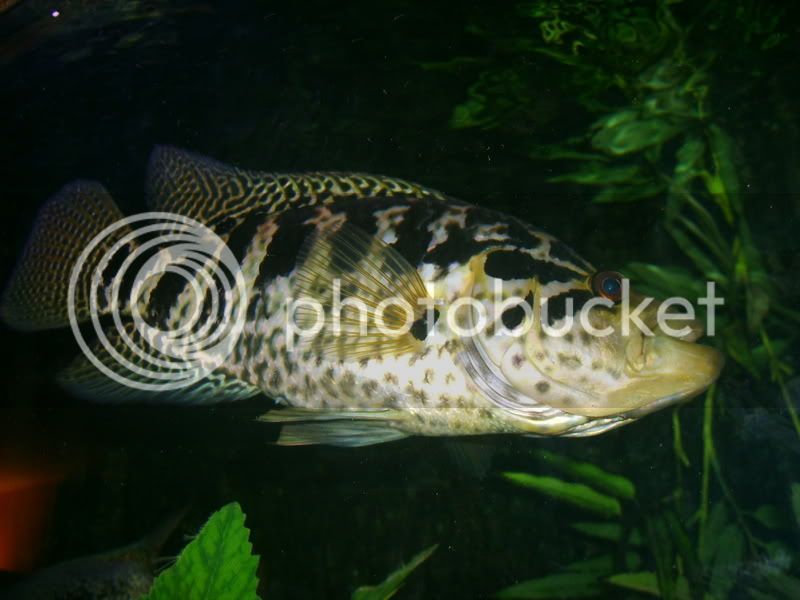 this is all the same fish, see how hes changing 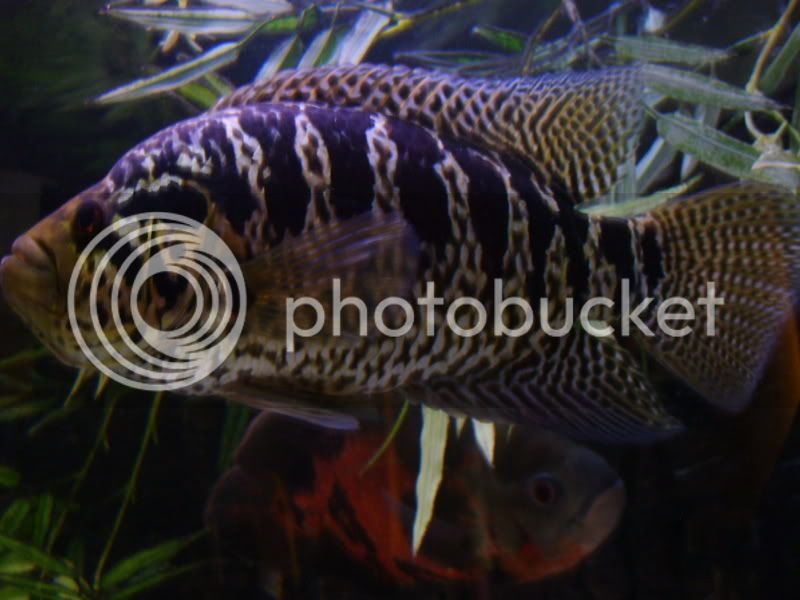 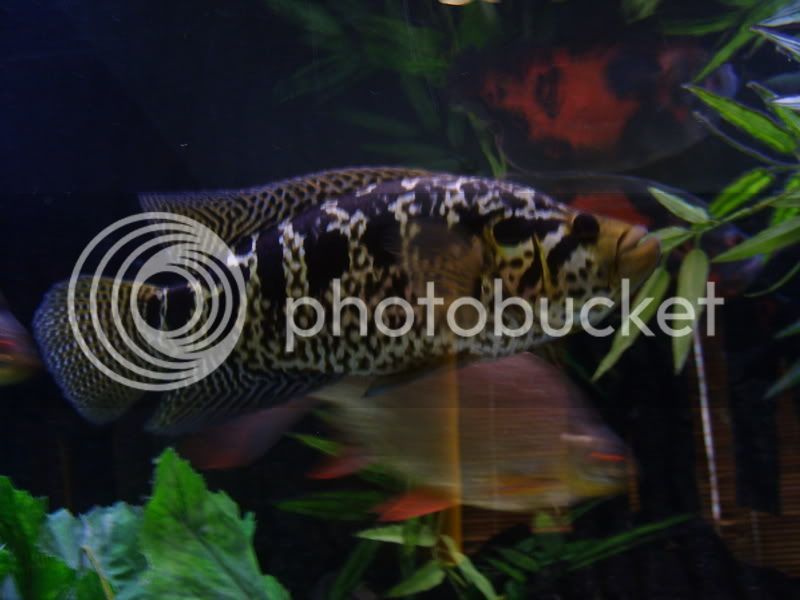 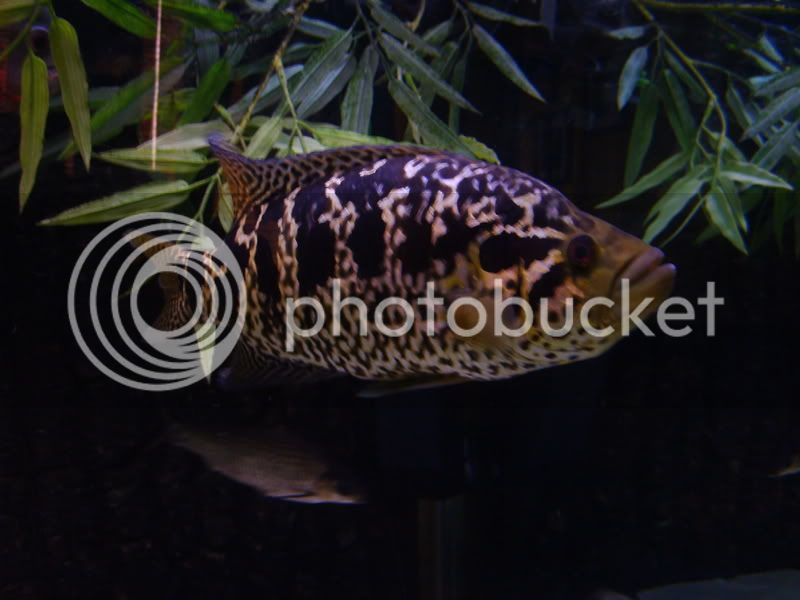 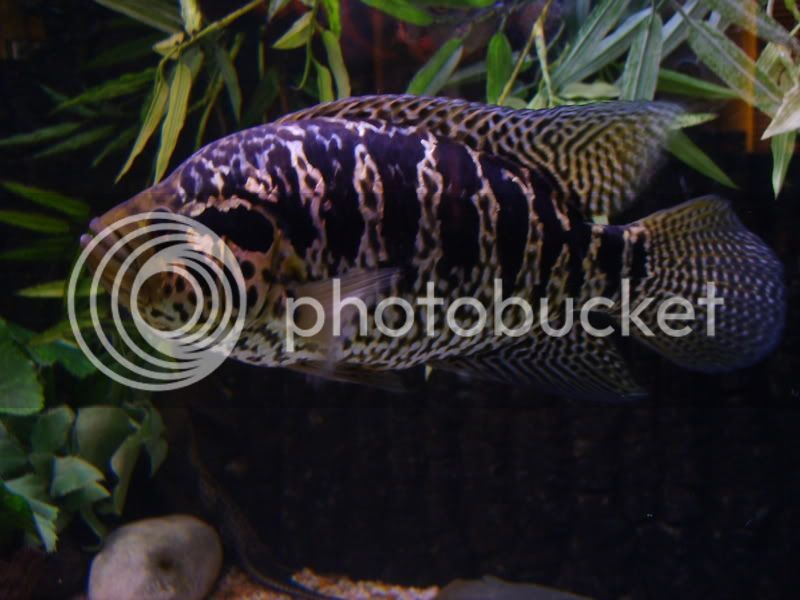 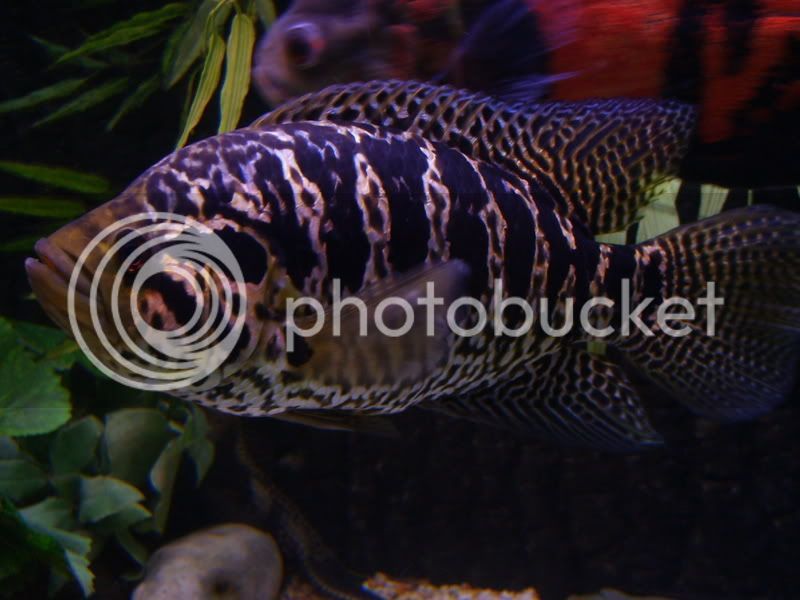 some pics of by breeding pair P.managuensis.

look what happened in just over one month,,,look at the pattern
one month ago 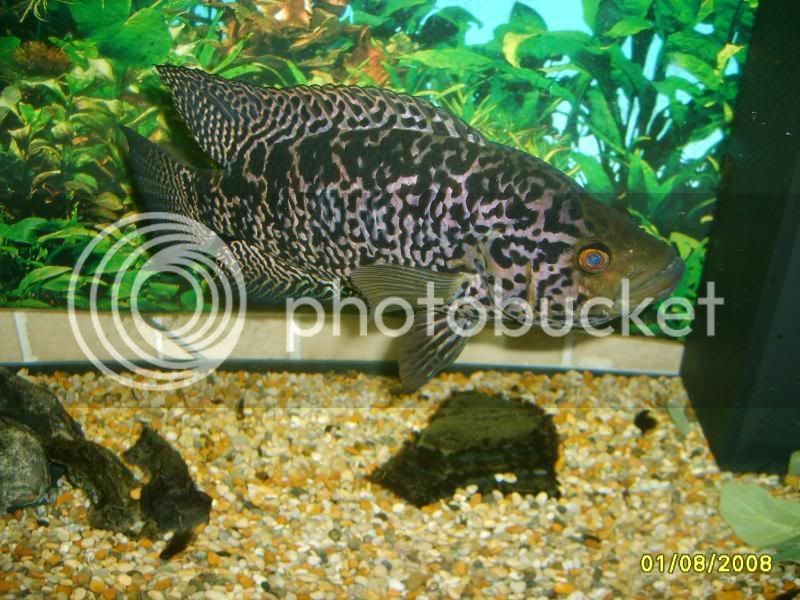 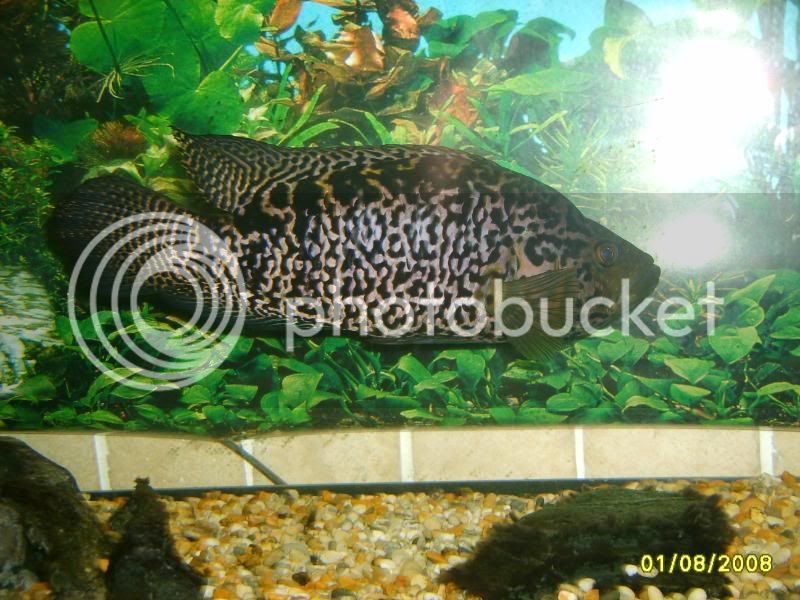 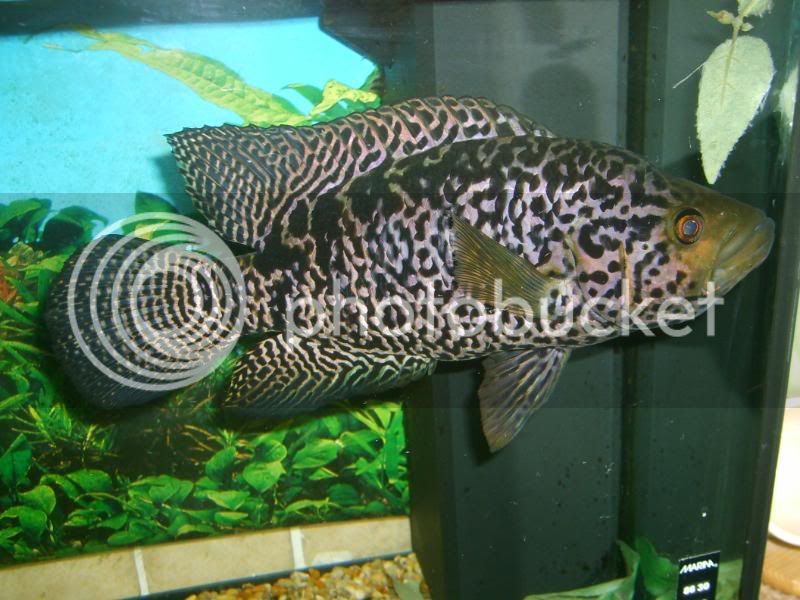 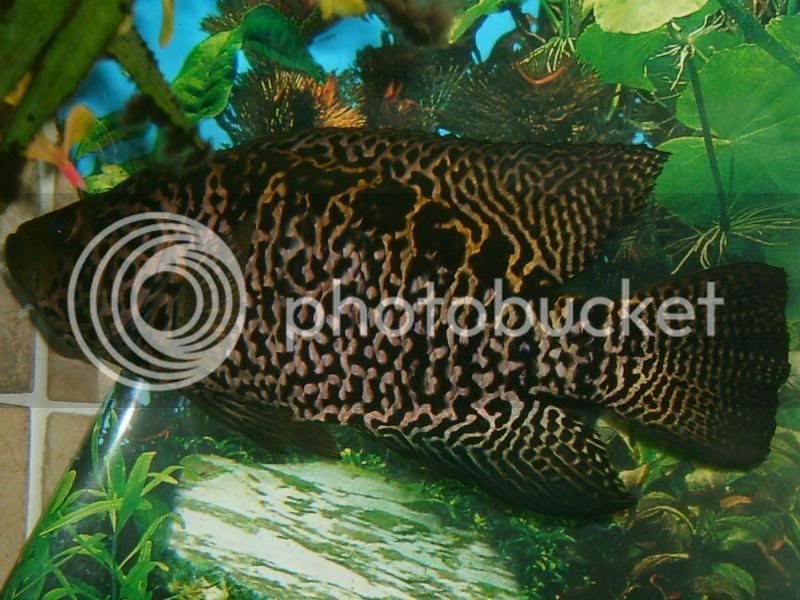 great couple you got there dan, thanks for sharing
C

Hi there this is my first post on this forum so hello from Cardiff south Wales and got to say what a great forum you have . Going to enjoy being a part of this I think.
Lovely jaguar you have there , I got a female jaguar she's about 10 inches and she lives with my Oscar and my red bay snook. Currently in a 4x2x2 tank but getting a 6x2x2 in two days , will post some pictures on here ASAP .
Take care
Chris
You must log in or register to reply here.

S
Guppies having babies despite all of them looking female