Is this a pregnant molly

I recently brought 5 mollies looks like I have 3 female and 2 males. The lady in the shop said it looks like I have a pregnant one what does everyone think? She is a lot bigger than the other females. The 2 males seem to be following her and doing circles around her but that has only started the last couple days. Any advice would be great

Hi and welcome to the forum

The gold molly in the picture does appear to be pregnant. If she has been in a tank with a male any time during the last 6 months she probably is.

----------------------------
In the wild, female livebearers hang out in large groups consisting of between 20 & 50 (but sometimes up to 100 or more) females. These groups have a pecking order with the biggest most dominant female ruling the group and she has a group of girlfriends who back her up. All the other females live in the group but are lower down the pecking order.

The groups of females move around rivers and waterways looking for food and places to hang out. As the groups move around a few males follow the group and try to breed with any females. The groups of males have a pecking order too and the biggest male will bully his smaller mates.

If you want to breed livebearers then have a tank with females and let them give birth and use up all the sperm packets they are carrying in their body. Give them a few months without being pregnant and then add a male to the tank for a week before moving him out, or move the female/s into a tank with a male for a week and let them breed. Then move the females back into their own tank.

If you move the female to a smaller aquarium that would stress her.

If you used completely new water in the new tank it would stress her. If you set up a new tank for her you should fill the new tank with water from her current tank, so the water is exactly the same.

Make sure the new tank has an established filter in it so the water stays clean.

Most female mollies do not eat their young if the female is well fed and there are plants in the tank, but will eat them when they are confined to a small breeding trap.
T 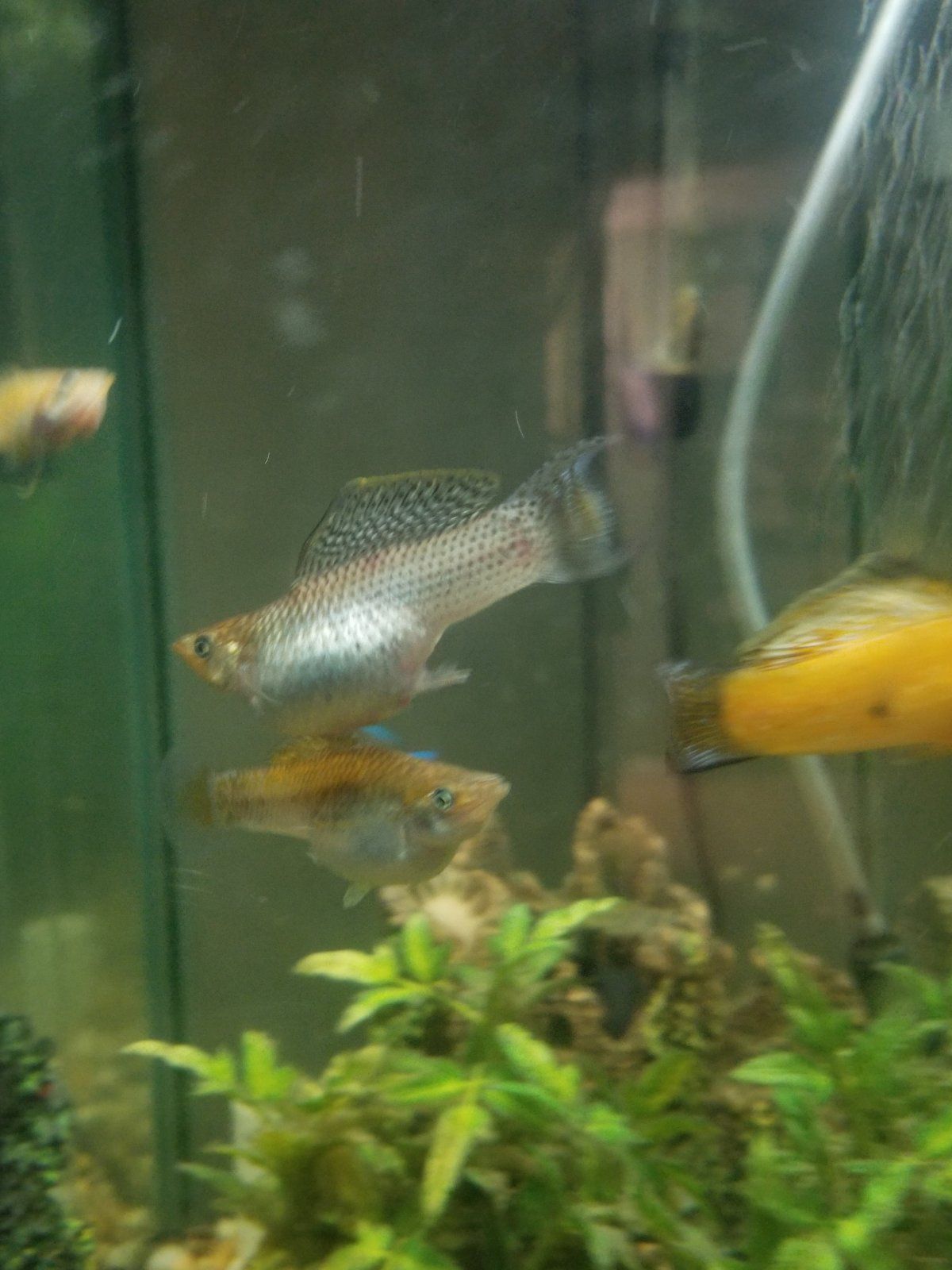 I thought the top silver one was male, but he looks pregnant. He acts like a male too trying to mate with the one below that is female. Thoughts?

the fat silver one is male and it has an internal problem.
isolate it or euthanise it.

Twilli31 said:
View attachment 96462I thought the top silver one was male, but he looks pregnant. He acts like a male too trying to mate with the one below that is female. Thoughts?
Click to expand...

S
Shrimp died unexpectedly but its not pink

S
Will this grow leaves again or not?

Today at 4:57 AM
snailaquarium
S
O
My YouTube channel!

Today at 3:35 AM
oscarlikesfish
O
F
The Low down On Cycling Your Fish Tank