How to introduce an adult fish into an already established Aquarium?

How to introduce adult fish into an already established Aquarium?

What concerns me is the shock that the transfer will do to the fish.
For example,if the 55g fish will be traumatized to potentially die after placing them into the established aquarium.
The 125g fishes are already comfortable and now introducing adult fish may startle them also.
Any advice
Thanks

Are they the same species (new and old) ?

I personally would never mix SA and East African Cichlids. They have different needs, and don't speak the same language. When the wires get crossed on their signalling each other, ugly can happen.

You have to destroy territories. The entire tank MUST be rescaped. Rocks and caves moved, landmark plants shifted over. In the resulting confusion where every fish has lost its turf, new fish can go in and have an equal chance. In effect, you have to stress all the fish. If even one holds its established turf, newcomers are in trouble.

it will be a time of high communication in the tanks, and that's where things can go very wrong. In general, East African lakes Cichlids are way tougher than SA species, so beware.

Water is no issue. You have borderline conditions for the East Africans, but they are thriving so you're good. If it weren't for the behavioural needs, you could scoop fish back and forth between the tanks with no issues. But these are creatures with strong territorial urges, and the arrival of new fish into establsihed territories is interpreted as an act of aggression. It's been a long time since the continents were one, and a lot of evolving has happened since then. When an SA Cichlid tries to signal one thing, it doesn't always translate into East African body language.

You have some very serious issues here. I agree with @GaryE that there are very different water parameter needs, but I take this further and will say it is not going to end well. Assuming the water parameters are closer to being "soft" the Africans will struggle (you won't even see this happening) and that is cruel to the fish.

Nitrates at or over 20 ppm has a significant impact on cichlids which are particularly sensitive to nitrate (all fish are, but these especially so). Nitrates slowly weaken the fish, and it becomes susceptible to things it would or should be able to handle, but can't.

If you can't maintain both tanks, it would be better for the poor fish to rehome them.
OP
OP

DoubleDutch said:
Are they the same species (new and old) ?
Click to expand...

DoubleDutch said:
Are they the same species (new and old) ?
Click to expand...

55 gal are roughly 15 months or older grown since juveniles

The 125 g 2-3 years old grow together since juvies

All are very very healthy, I take care of my fish very very well. 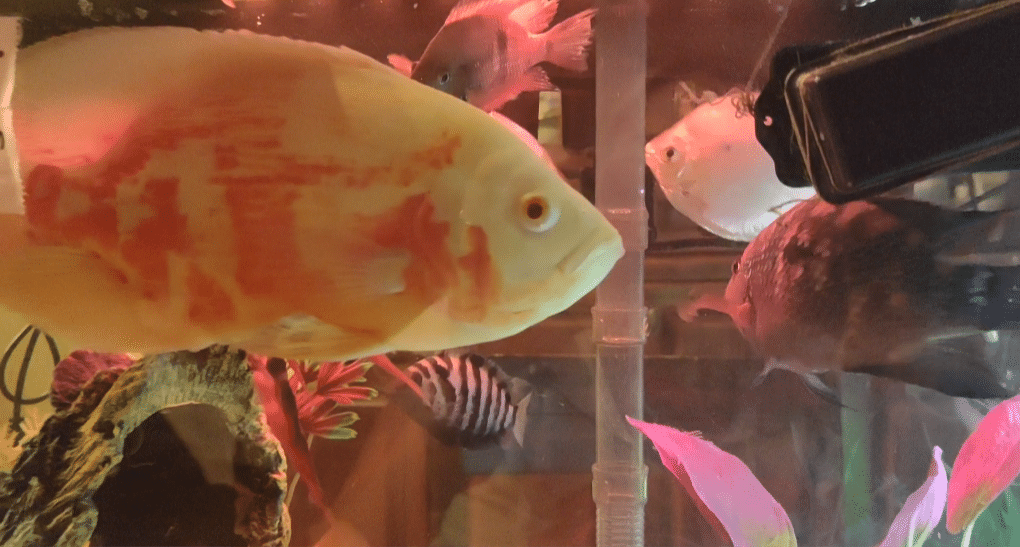 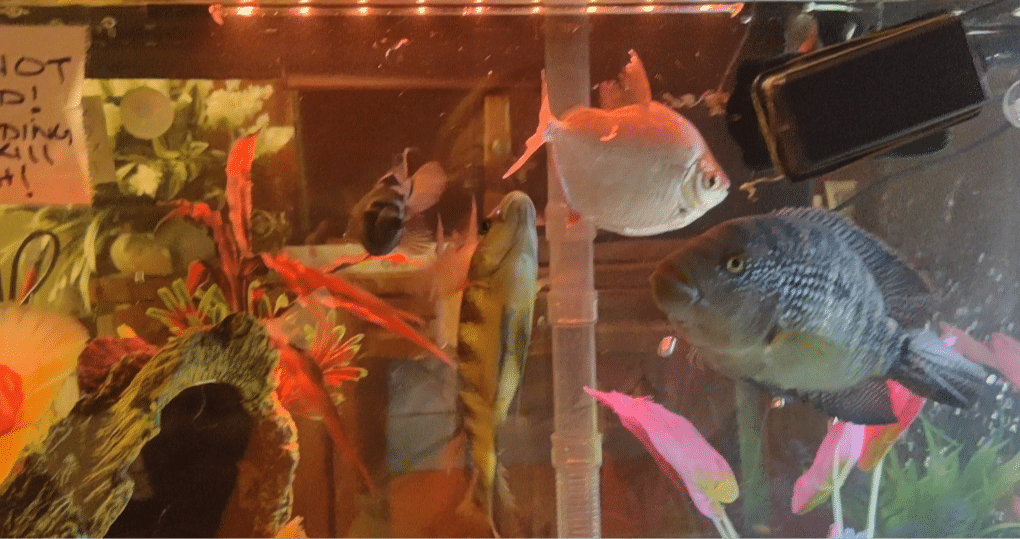 I consider them my children. No casualties or diseases, since I started the hobby.

And this one as well
"When I add adults to an existing hierarchy I always do it during a water change and decor change. When it’s complete I shut all lights and throw a blanket over the tank for 24-48 hours. Always add 3-4 at a time so no one gets singled out. This usually (as with all things African cichlids) works."

Yikes. You have Cichlids from east Africa, South America, North America and an Asian laboratory.

There's no resolution. You are stunningly overstocked. I'd have to say that while you've assembled some really interesting fish there, you have one of the most impossible to maintain collections I have ever seen listed in 30 years of reading about tanks online. You need half a dozen 100 gallon plus tanks, soon.
OP
OP

Can you please explain how this is an impossible to maintain collection when I have been maintaining my tanks for over 3 years without any problems. I keep up on my water changes and clean the filter cartridges regularly.
My fish are exceedingly healthy.

Drynalove said:
Can you please explain how this is an impossible to maintain collection when I have been maintaining my tanks for over 3 years without any problems. I keep up on my water changes and clean the filter cartridges regularly.
My fish are exceedingly healthy.
Click to expand...

None of us can ever know there are "no problems" unless we see visual evidence, and with many issues there will be none. You have fish that have evolved to ;live in specific water parameters, and the difference between the hard water rift lake cichlids and the soft or very soft water neotropical cichlids is a world apart. And to the fish this is serious. The fish is struggling to carry out basic life functions which are being hampered by inappropriate water parameters. This is one major issue here.

Another is the overcrowding. This is to be honest inhumane and cruel to the fish. Neotropical cichlids have evolved as the only species in the habitat (referring to the species here). They have inherent territorial behaviours, and when they encounter like-minded species it is forcing them into situations they do not expect and for which they are not prepared.

Healthy fish is an unknown. Fish like all animals are genetically programmed to reproduce; this is their primary goal in life. They will swim, eat and spawn in conditions that may be slowly killing them. The only way any aquarist can be reasonably sure the fish are "fine" is if they are provided with what matters to their physiology, from water parameters to habitat conditions to other fish species.
You must log in or register to reply here.