Scientific Name: Amatitlania siquia (Though ther is still some debate)

Care: This is not a hard fish at all to look after at all, and not as aggressive as some of its relatives. Some people have had success keeping them in community tanks (though tankmates should be chosen with care). These fish don't appear to be fussy about water conditions, as long as it's clean and extremes avoided then they should be alright. The temperature of the aquarium should be in the range of 73-82°F. Honduran Red Points like a place to hang out in, so be sure to provide a flowerpot or bogwood for cover. The minimum tank size for a pair should be a 20 gallon long.

Feeding: An easy fish to feed, dry foods such as pellets and flake readily accepted. Though they do like the treat of the usual frozen food such as bloodworms, mysis, shrimp and not forgetting their greens, with peas been especially liked.

Sexing: A fairly easy fish to sex, alot like the convict, where the females will have an orange belly (which becomes swolen around breeding time), other differences is that females will have blue fins, where as the males will have more orange fins and maybe a slight nuchal hump.

Breeding: These fish arn't hard to breed and an interesting fish to keep if you want to experience cichlid brood care. Witht he Honduran Red Point you will also have a greater chance of selling the young than compared to convicts. About 20-80 eggs are laid depending on the females size, usually on a flat surface such as a flower pot but has been known to spawn on bogwood. The fry will be guarded by both parents. The fry can be fed on fry food such as baby brineshrimp or crushed flakes as soon as they are free swimming. It may take a few attempts for the parents to raise their young successfully, some new parents may eat the eggs or fry. Another situation is if they are ready to breed again, if there are signs of this you should remove the fry. 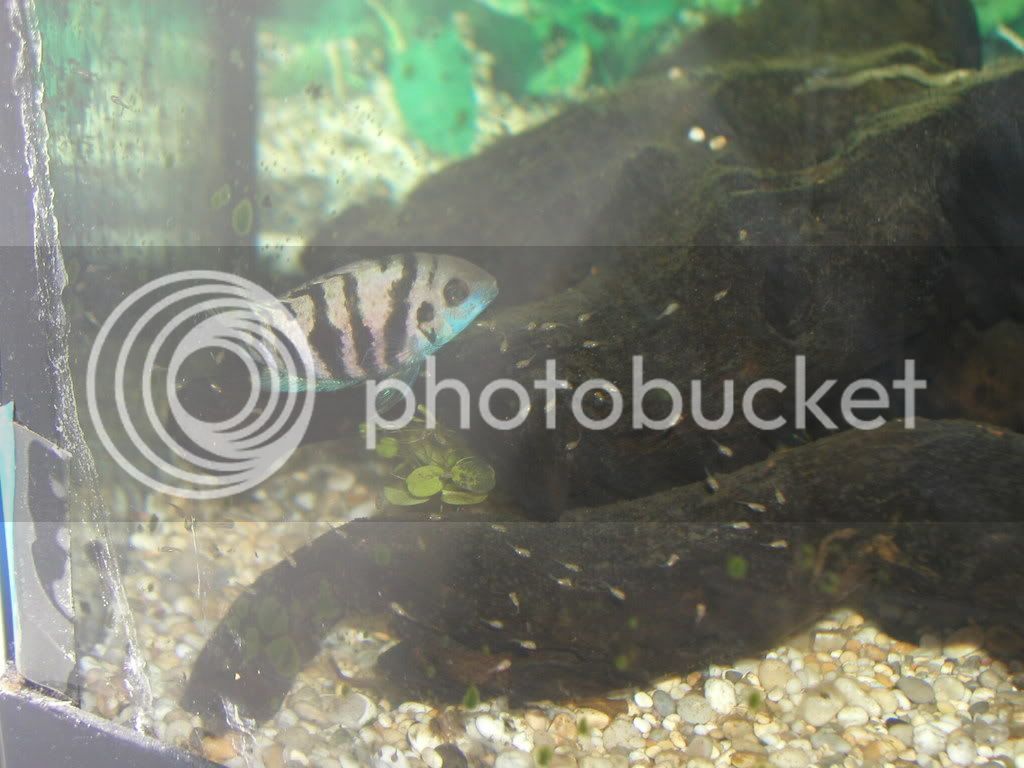 Picture showing female guarding fry. You can just make out the orange on the belly.
You must log in or register to reply here.

S
Guppies having babies despite all of them looking female