Maximum Size: 2.5" according to Baensch, mine are closer to 3.5", but mine are wild-caught fish.

Care: Prefers a pH between 5.8-8.0. I keep mine at a pH of 6.8 and in moderately hard water. It prefers a sandy bottom, but as long as the gravel grains are neither too large nor too sharp, gravel is fine. Though Brochis enjoy planted aquaria, they must have open areas for swimming and open expanses of substrate for foraging. Due to their large size, heavy bodies, and schooling behavior, they can be destructive towards more delicate plant species. They are adaptable with regard to temperature, and can be kept anywhere from 72-82 degrees. I keep mine at around 75 degrees farenheit. It is a peaceful catfish and can be combined with most species.

Sexing and Breeding: Brochis are difficult to sex. The female may appear more rounded but otherwise the coloring for the sexes is the same. Breeding is similar to corydora species though it is rarely observed and difficult to accomplish. According to Baensch, a pH of 6.0-6.5 and a dGH of 4 is recommended. Mine have not bred, though a few of my fish have the appearence of being much plumper.

Comments: Contrary to popular belief and mislabeling by local fish stores, this is not a corydora. Brochis is a separate genus. To tell between a true Brochis and a Corydora aneaus which look very similar, count the dorsal rays. Corydoras aneaus will have 6-8 rays, while Brochis splendens will have 10-12. Another species of Brochis, Brochis multiradiatus has 17. Brochis are also more heavily built and more nocturnal. I have 6 Brochis splendes in my 36g bowfront and they are an impressive catfish. They stay in groups when they forage at night. This is a social catfish and does well in groups of 6 or more, so a larger tank is essential, though they are not big waste producers. In addition, many Brochis are wild caught still and may loose their color in the home aquarium, reverting from an irredescent green to a dull slate gray. Fortunately, mine, for the most part, have kept their wild coloration, which is truely very lovely. 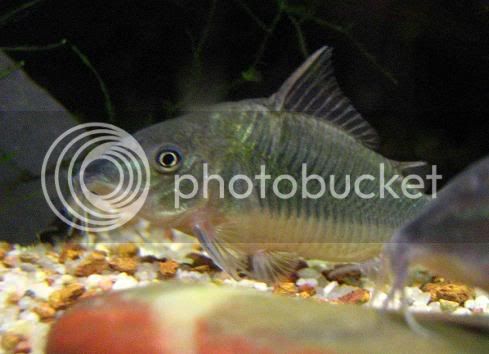 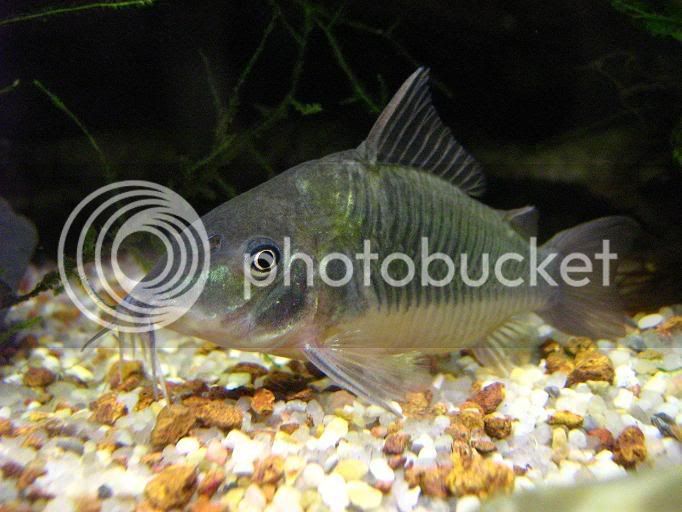 Here's a picture of mine, I just call him Cory. If only I knew his sex.

Cory next to a CAE. Some people call this a ticking time bomb.

Bought a new guy (bottom). I don't know if that pinkish color is natural or not.

S
Looking for a freshwater fish that will school tight like Anchovies in the ocean? I got it here..

Yesterday at 10:10 PM
Dyl123
D
B
How do I make this more aesthetically pleasing?