A few weeks ago I noticed a discoloured raised bump on my dwarf gourami's right side near the tail. I initially thought it had just scraped itself against the driftwood or damaged itself in some other way, as it likes to scrabble around near the drift wood and plant roots. But the area is still there and I can now see raised scales there, raised enough that they almost look like they could be scraped off. I've struggled to capture a good view of the scale flaking in the photos The photo of it swimming away from the camera towards the spray bar might give some idea of it.

The fish continues to behave and feed as normal - energetic and curious as ever - and it doesn't appear swollen which makes me hesitant to think this is dropsy. But I fear some kind of infection. I still have some hope that it's just superficial damage from bumping into something. Opinions and advice would be much appreciated! 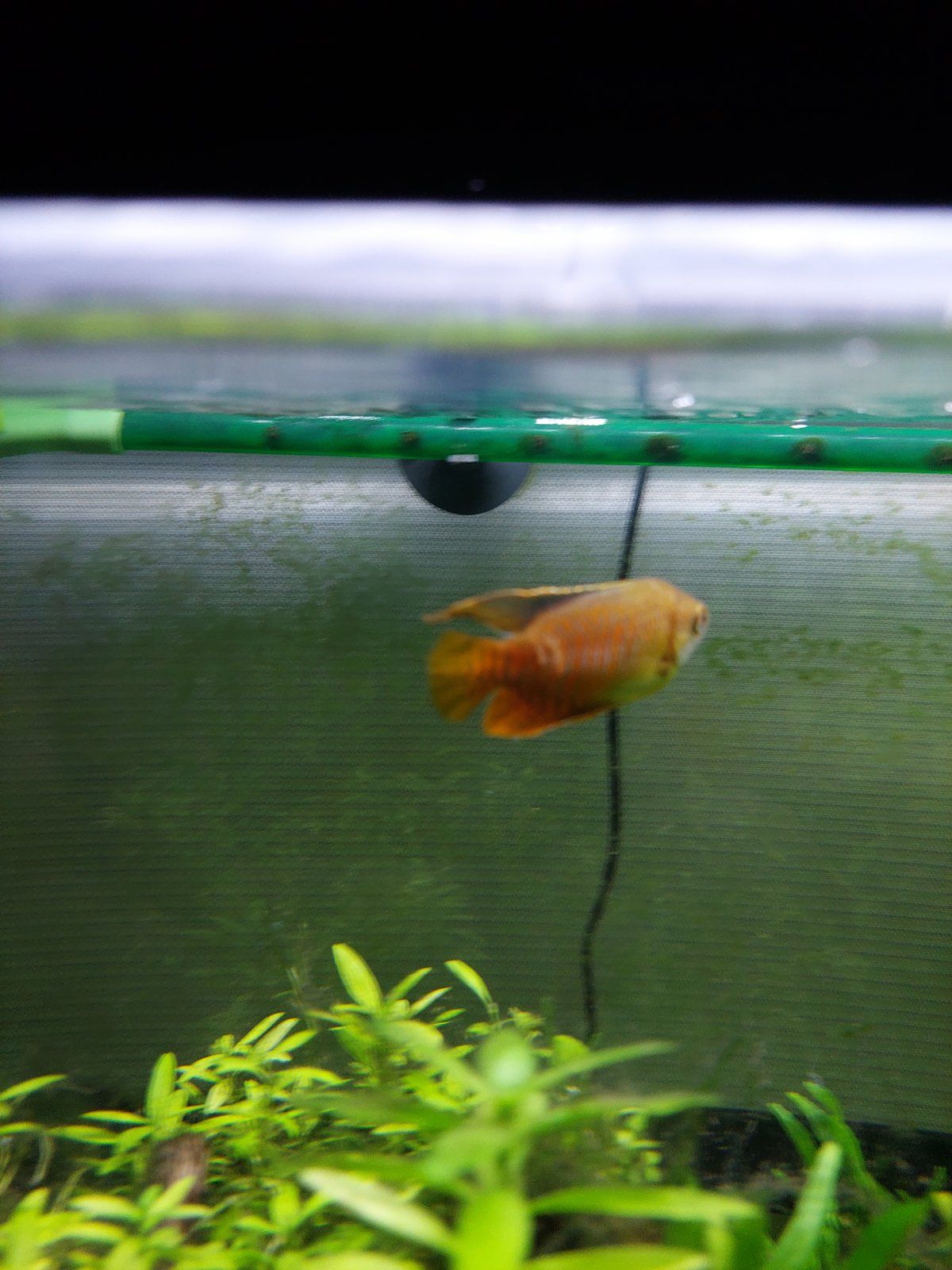 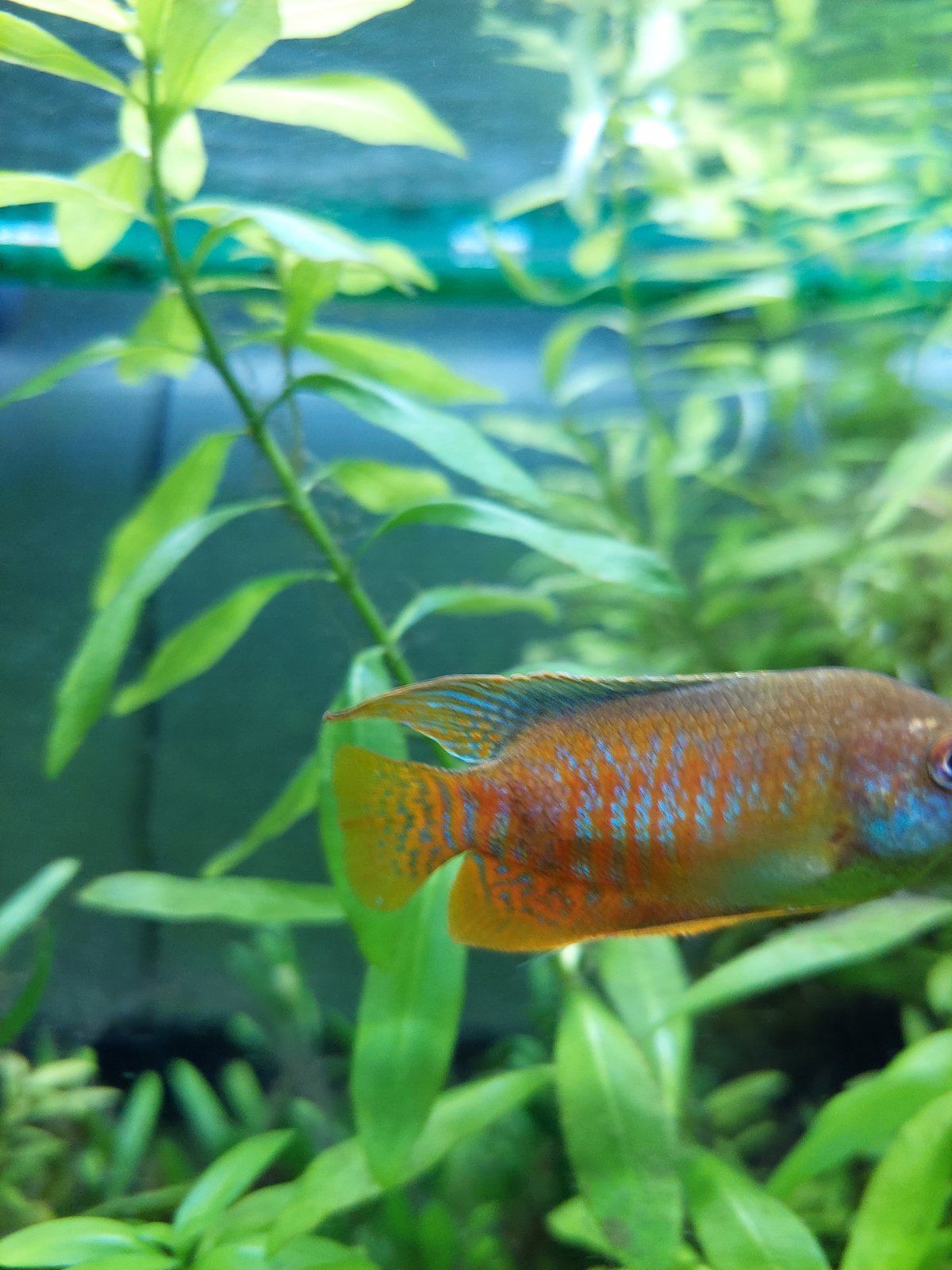 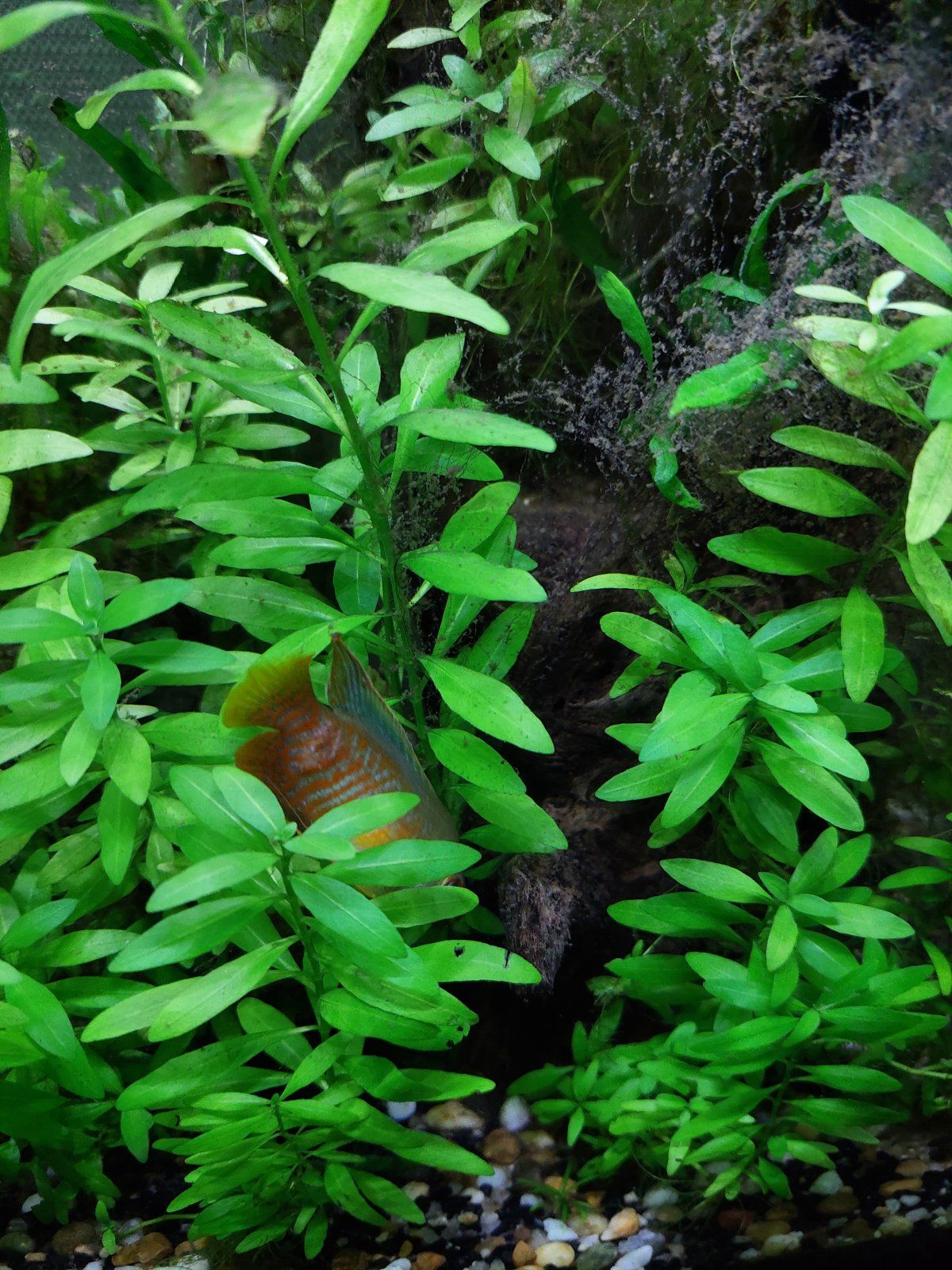 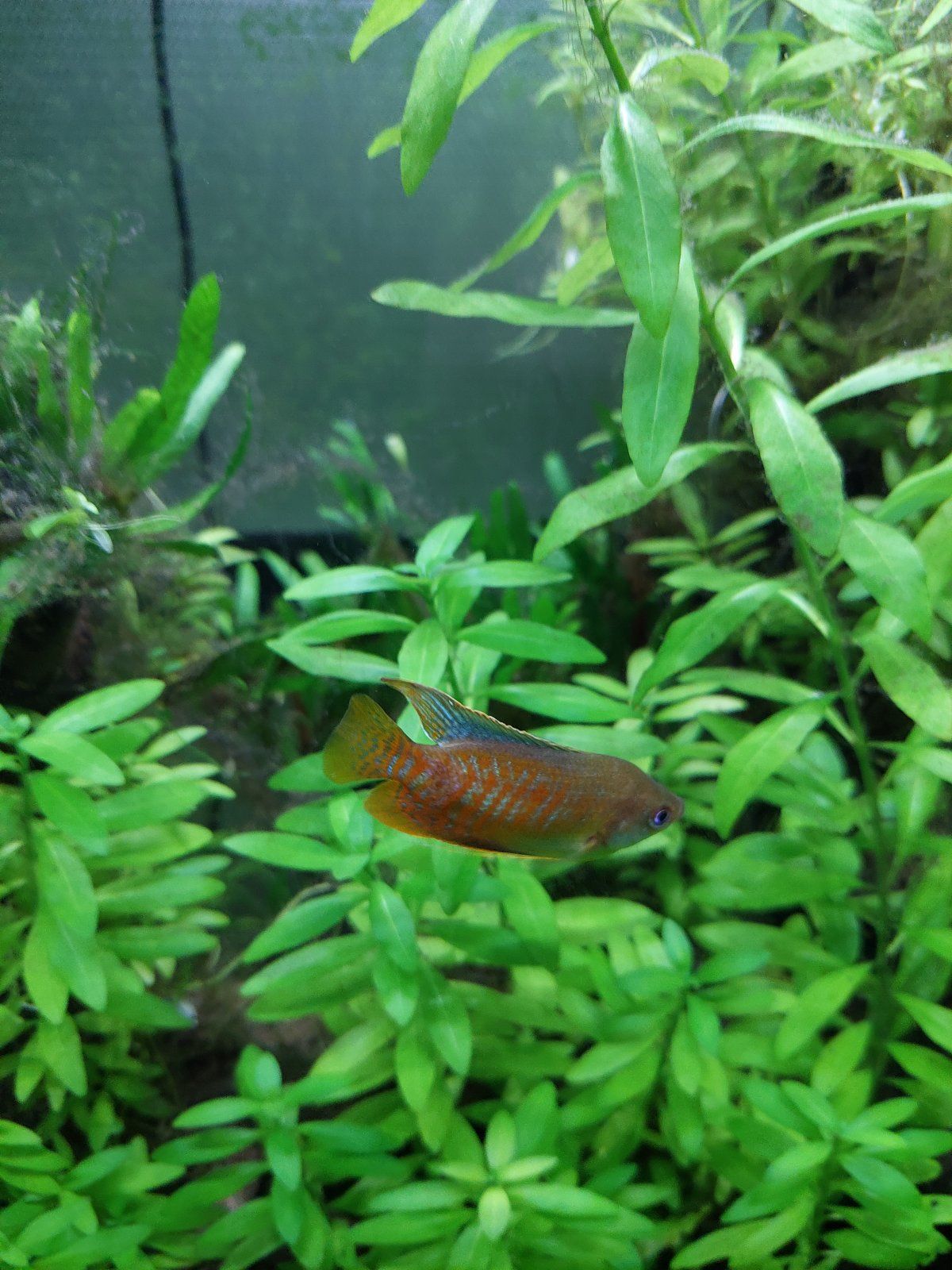 It looks like the start of an ulcer caused by bacteria.

You can try salt (2 heaped tablespoons per 20 litres of water). Keep salt in there for 2-4 weeks. If no improvement after a week, you will need a broad spectrum fish medication that treats bacteria fungus and protozoan infections. If that doesn't help then you might need anti-biotics but this should be a last resort.
J

Beautiful fish, I believe this is actually a Thick Lipped Gourami(Trichogaster Labiosa). Wonderful to see a wild coloured fish like this. I hope any treatment goes well!
You must log in or register to reply here.

A
Slow and weak growth in plants.