Care: Minimum tank size 36"x12"x12". A sand substrate is a must, they have delicate barbels, and like to burrow, but they are also very messy eaters and mine always eats large amounts of sand, so gravel would pose a health hazard. They are quite shy, so hiding places are needed, but they can be quite aggressive with other bottom dwellers especialy if added when the catfish already has a territory, or if of a similar species. PVC tubing makes a good home, although not terribly attractive. They have large mouths, so small fish could be at risk, although I've never seen or heard of this happening. Will uproot plants, so stick with things like Anubias which attatches to wood.

Feeding: Not generally fussy, tends to eat anything it can fit in its mouth. Mine will eat flakes, bloodworm, artemia, earthworms, lancefish... Can be quite competitive so be careful if keeping with slow eaters like bichirs.

Sexing and breeding: Males are reportedly smaller than females, but breeding is generally unknown. 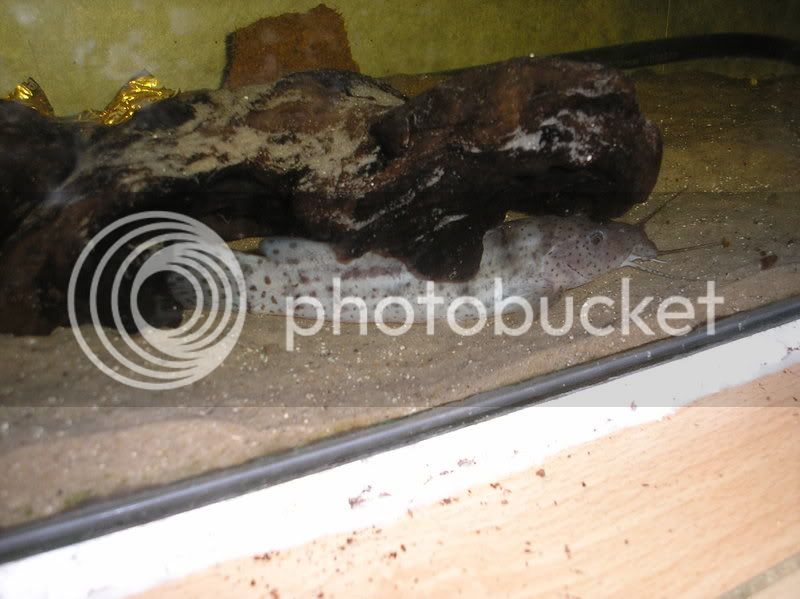 S
Looking for a freshwater fish that will school tight like Anchovies in the ocean? I got it here..

Yesterday at 10:10 PM
Dyl123
D
B
How do I make this more aesthetically pleasing?