In the UK the pets@home stores often have vets on the first floor. People will invariably walk past and buy the food/ toys/ equipment on the way out after getting pets vaccinated or whatever. There is also a grooming parlour.

If you don’t mind me asking, how old are you?

Naughts said:
In the UK the pets@home stores often have vets on the first floor. People will invariably walk past and buy the food/ toys/ equipment on the way out after getting pets vaccinated or whatever. There is also a grooming parlour.
Click to expand...

Apparently the vets don’t care for the fish. Pets@home is garbage.

PheonixKingZ said:
If you don’t mind me asking, how old are you?

Apparently the vets don’t care for the fish. Pets@home is garbage.

The vets is for owners to take their pets to for healthcare. It is the store staffs job to care for the fish (and other animals on sale). They do as good a job as any chain. Tanks are clean, fish are quarantined etc.
It's rather a sweeping statement to say they are garbage especially as you are unlikely to have ever been in one.
We are discussing their business model and they are a very successful pet store. 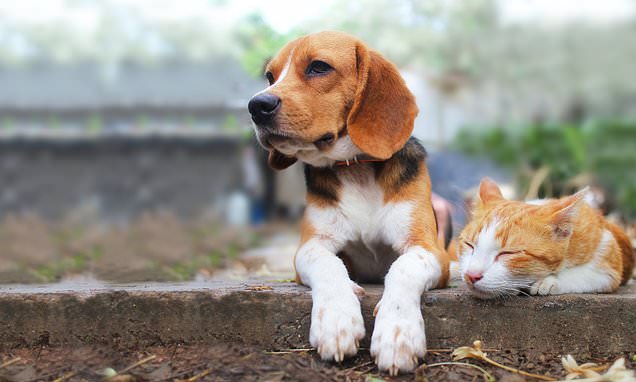 A boom in pet ownership during the pandemic has helped Pets At Home to a sales surge as the wider pet market continues to be 'resilient' during the Covid pandemic.

@PheonixKingZ I'm a high school senior, so ik that owning a business is a far ways away but I still need to know the steps I need to get there plus if I need to go to collage, for what, for how long, ect
OP
OP

And btw, please try to keep things civil, not the place to debate things.

Wizard Lizard said:
@PheonixKingZ I'm a high school senior, so ik that owning a business is a far ways away but I still need to know the steps I need to get there plus if I need to go to collage, for what, for how long, ect
Click to expand...

Ok, just wondering how close you were to getting started on this.

You are thinking about it that is great. I always thought a cooperative project would work. Rent a large space, then under one roof have. A pet store, a dog groomer, a vet, A dog day minding service. A dog walker. etc etc

If you want to do something straight away. You can always advertise yourself as an aquarium maintenance service. No overheads and you could go around doing water changes and looking after tanks for people. Like a hire service but without the out lay of any money.

Be wary of having puppies and kittens for sale in your pet shop. We had them and it wasn't a problem when we bought in the puppies or kittens. However, people would turn up with a box of 4 or 5 week old puppies or kittens and say do you want these. We said, no, take them home for another month and bring them back when they are 8-9 weeks old. The following morning we usually had a box of 4 or 5 week old animals on the front door step when we got to work.

People also buy puppies and kittens because they are cute and then bring them back a few weeks later when the novelty has worn off and the people can't deal with the puppy poop and constant whining of the animal because it needs attention and isn't getting any.

We spent years trying to get the government to make laws saying you can't sell or give away puppies or kittens until they are 16 weeks old. We wanted this so people would be more inclined to buy an animal rather than "oh look at the cute puppy". It would also discourage puppy and kitten farms and make a few more people get their animals sterilised so they didn't have puppies everywhere for 4 months. Unfortunately it didn't happen.

A lot of shops around here won't carry cats or dogs but instead have links with the animal shelters. If someone comes in looking for a dog or cat, they show them pictures of the animals currently at the local shelters and send the people on to there. This stops people dumping animals on doorsteps in the middle of winter and helps find homes for unwanted or abandoned animals.

The other idea, which is what I would do if I was young and healthy and could be bothered doing anything, would be have a farm and breed dogs, birds & fish on it, and supply the shop with animals I produce. They would be small breeds of dog, good quality unrelated animals that didn't get sold until they were 4 months old. The young dogs would have basic training, learnt dog language and how to interact with other dogs ad people, vaccinated, dewormed and made available for sale as young dogs, not puppies. I would have open days for people to come out and look at the facility and maybe get a dog then or at least see what is available. This type of set up would make the dogs more expensive but it would stop people buying a puppy on a whim just because it is cute and fluffy and they are feeling maternal. It's a lot more work with no real profit, but I would do it for the animals rather than the money.
OP
OP

Yeah, idk, I don't trust shelters. They tend to put a lot of animals down for no real reason and it's sad. I definitely won't breed my own dogs for profit.
I do hope to get a house outside of city limits with a sizable amount of property to breed my own fish, reptiles, ect.
But if puppies did turn up on my door step I'd prob take em in and do all I need to do to get them healthy and try to find em a home. Maybe socialize them with dog/s I'd already have ect. But I'd prob never breed something larger or higher maintenance than a tegu or python long term. Might breed dogs a few times if I knew I could get them good homes but it wouldn't be a staple. Same with cats. I love them both but I won't bring life into the world just to kill it alone in a cage.
OP
OP

Idk about going into people's homes, I'm a paranoid person and there's a LOT of sketchy people where I live. Prob not something I'm going to do.
OP
OP

So current running idea. Finish high-school, work full time hopefully in the pet trade, and get a 1 year degree in small business ownership part time. Save up money to open a pet store. Use money from that to open other business that are related such as a vetranery clinic close by. Hopefully all near a suburban area and in a low industrial area.

Anything I could change or improve upon?

Wizard Lizard said:
Anything I could change or improve upon?
Click to expand...

Yep, get an apprenticeship as soon as you leave school instead of working in a pet shop. Seriously, it is better in the long run and you can get a job in a pet shop at any age, but apprenticeships are normally only available to young school leavers.

If I could go back to when I was 15, I would leave school at the end of year 10 and get an apprenticeship instead of working dead end jobs in factories and shops. A qualified apprentice will get paid a lot more than a shop assistant or any labouring job and after you are qualified, you can go work in a pet shop all you like.

As it is, the only qualifications I have is a shop assistant and I can't work or get a job. I live on a pension in a 1 bedroom apartment and my annual income puts me below the poverty line. If I had an apprenticeship when I was young, I would be much better off financially now and wouldn't be living on welfare.
OP
OP

So do I apply for an apprenticeship like a job? How would I go about this?
M

huh. I was about to say that there's no system like that in the US, but turns out there is: https://www.apprenticeship.gov/career-seekers

Then again, I just searched on it for my area, and the only ones available are for CDL truck drivers.... hopefully your area will have better luck!
You must log in or register to reply here.

12 minutes ago
ArmoMan
A
M
Are frozen mysis shrimp enough of a diet for a blind betta?

11 minutes ago
Back in the fold

Today at 9:32 AM
connorlindeman