A side note from my return…

Literally stand in one spot and see 5-6 of them in choppy low visibility water.

Got me thinking, a hermit crab setup would be really cool!

I know I’m not supposed to, probably even not allowed to (I haven’t checked the local laws yet), but the temptation is there, because they’re so abundant and so easy to catch.

I probably won’t, but I might, but likely not.

Also, it was so cool walking through the sand bars, seeing tiny fish, clams, baby lobsters, rock crabs, razor clams, and even 2 flounders I nearly stepped on! Those guys are fast.

I tried that years ago. I bought a gallon of saltwater at the fish store after we accidentally had a dozen hermit crabs in shells my kids picked up. plan on some filtration or a funeral. I have since successfully kept a reef but it cost a lot

If you live near the coast and have access to clean seawater, go for it.

Set up a 3ft tank (or bigger). Have beach sand on the bottom. Add some rocks from the beach and some plastic plants if you want them. Fill the tank with seawater and add a few hermit crabs. Feed them once or twice a week and let the tank cycle. You can do a fishless cycle too if you don't want the hermits to cycle it. Build it up over time.

There's another thread on here somewhere where one of the members did a cold water marine tank. It's working well for them.

Does anyone have/know about coldwater marine aquariums?

I am looking into setting up a Pacific Northwest biotope, particularly interested in barnacles and grunt sculpins (Rhamphocottus richardsonii). Any information regarding suppliers is greatly appreciated. I am going to the Seattle Aquarium to get more information regarding sourcing of livestock.
www.fishforums.net

This initial post is going to be a bit long, since I am compiling steps that have taken place already. The beginnings of this tank came from collecting local specimens, and right now we have depth of 0' to 10' for the sake of convenience. I use a dry suit to go in the 50F water, no tank, just...
www.fishforums.net

You need to check in with @eatyourpeas about her Puget Sound biotope. I don't know how uptight Canada is about this sort of thing, but I bet if you lay out your credentials with the local fisheries biologist, you could get permission to do it legally. It has been my experience that fisheries biologists tend to be intrigued, even excited, by weird projects like this, once they understand that you have the expertise to actually pull it off. Don't ask a game warden, though. They get paid to enforce the laws, not to think creatively.

what the government doesn't know, won't hurt them
OP
OP

Good to see you guys are still active on this forum. Thanks for all the replies, now I won’t sleep tonight thinking about all your insights! Hahaha.

That’s all I’ll say for now, but you can definitely look forward to me Re joining the community shortly. Have a great day/night!

eatyourpeas said:
I simply adore my hermies! 😍
Click to expand...

They get very chatty! 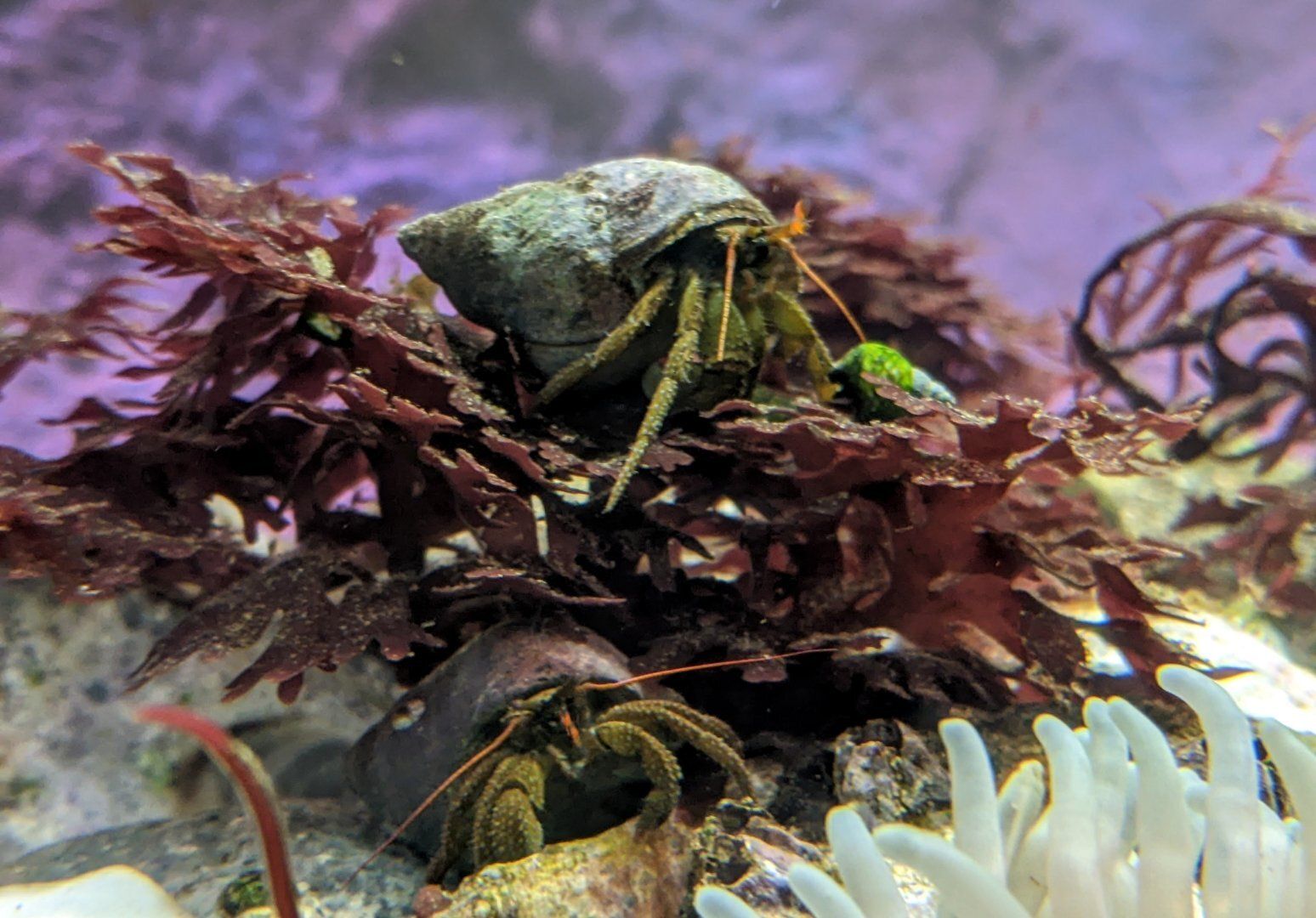 And the shrimp are awesome! 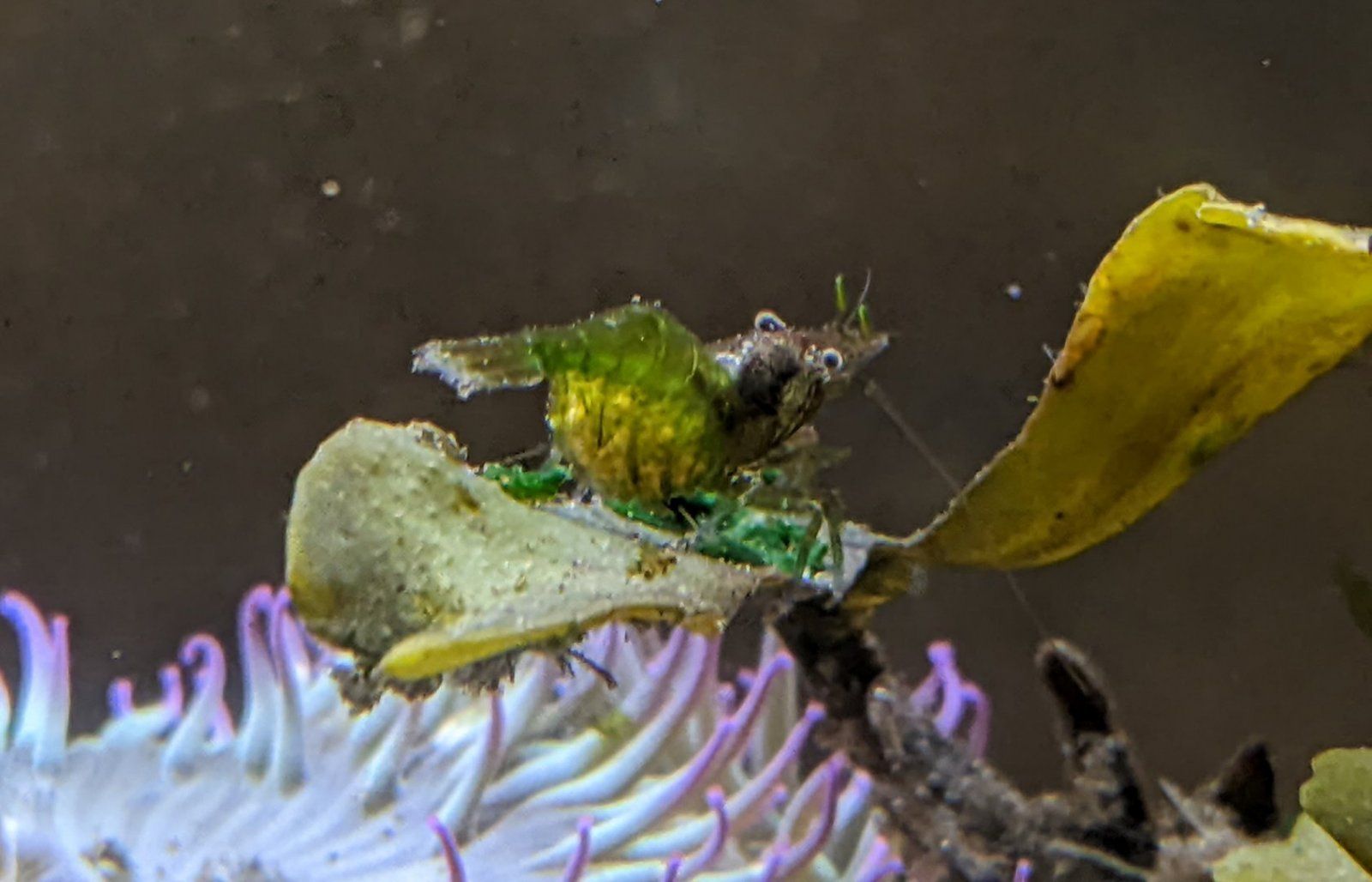 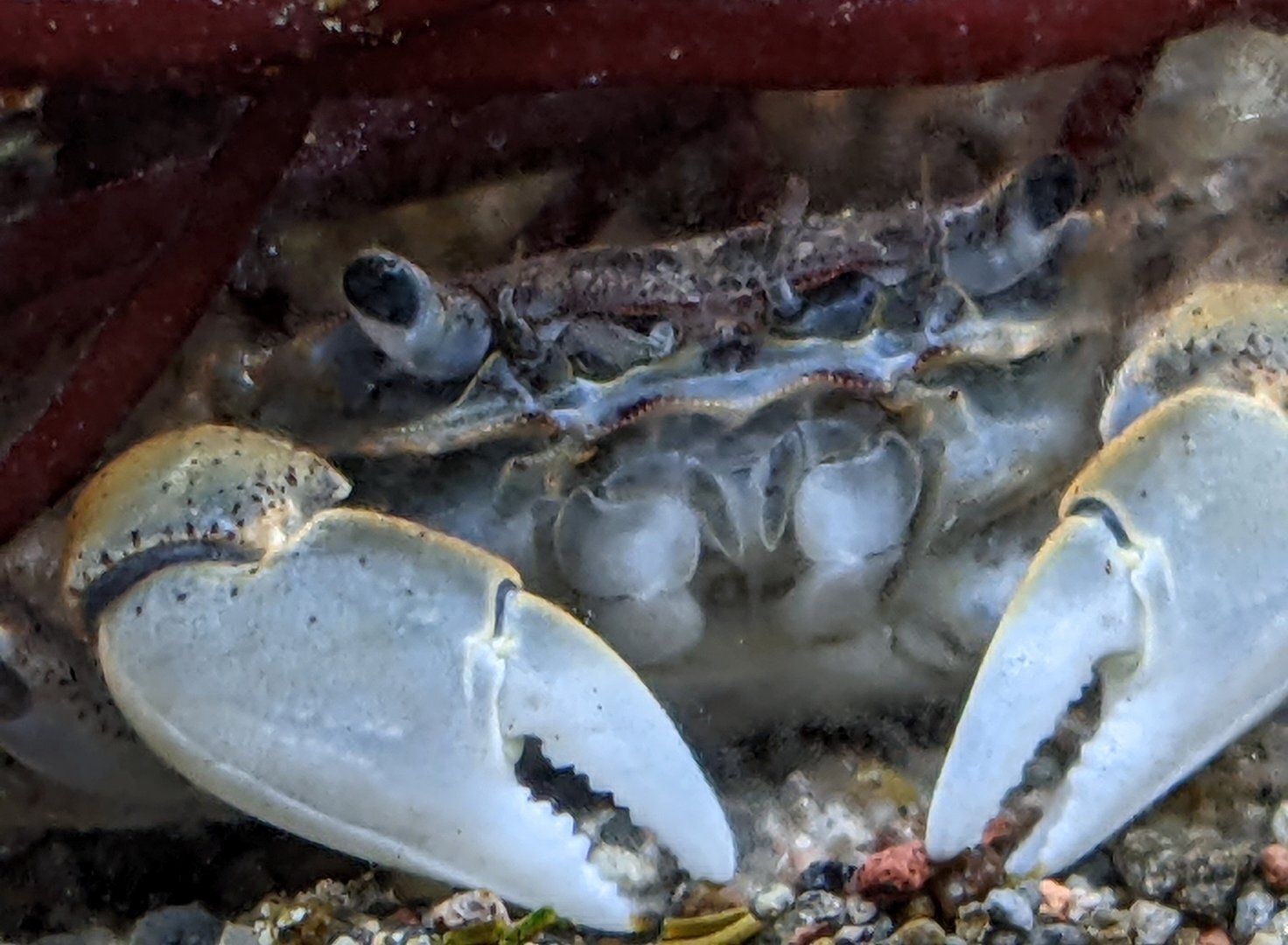 I thought the shoreline hermit crabs were a different species than the submerged coral reef hermits, seems like I had a 2nd failure trying to keep them in a fully submerged setup with no access to "beach" or "low tide". Not an expert here, except at producing dead shoreline crabs. The ones from the pet store I cycled my reef with did fine.

There are hermit crabs in most areas in and around oceans. There are tropical land hermit crabs that kids get as pets and they crawl around a plastic container and get fed a dry hermit crab food, along with some fruit & veg.

There are aquatic hermit crabs that live in warm and cold oceans around the world.

The aquatic crabs need to be kept in water at all times and normally have a lot more colour than the terrestrial type. The terrestrial crabs need land to run around on and a small container of salt water and another of fresh water to drink and bath in.

I'm also not sure how Canada does things, but in some places in the US I've seen hermit crabs and other coastal crustaceans classified as "bait species" that can be collected legally with just a fishing license. Anyway, it's worth checking to see what can be collected as bait in the particular area since rules on that are typically more lax than for other animals.

Also, just an obligatory note about wild-collecting crabs since this thread seems to have headed towards that topic: from the standpoint of balancing wild-collection and ecological soundness, please do not collect any hermit crabs that are in one of the following conditions even if you can do so legally:


Colin_T said:
The aquatic crabs need to be kept in water at all times and normally have a lot more colour than the terrestrial type. The terrestrial crabs need land to run around on and a small container of salt water and another of fresh water to drink and bath in.
Click to expand...

There are really 3 behavioral types of hermits to be aware of in terms of the setup they need.
The middle category are the ones people can typically collect themselves on foot from tidepools and such. Depending on the location and species you can end up with an extremely unhappy crab forcing it to remain submerged all the time. I have kept both Clibanarius vittatus (some I collected, some not) and C. longitarsus for many years and they will spend all day perched on a rock above the water sometimes. They don't need an extensive land area to explore, but if denied a safe place to sit just above the water they will often desperately try to climb power cords and other equipment and risk falling out and injuring themselves.


Alice B said:
I thought the shoreline hermit crabs were a different species than the submerged coral reef hermits, seems like I had a 2nd failure trying to keep them in a fully submerged setup with no access to "beach" or "low tide". Not an expert here, except at producing dead shoreline crabs. The ones from the pet store I cycled my reef with did fine.
Click to expand...

There are many different species. Some occur in both habitats, some don't. Pet stores generally have those that either occur in both or in deeper water but sometimes the others come in by accident. Temperature is also a common issue. Many coastal crabs are collected from cooler climates and "burn out" at reef temperatures. For example, if you put Clibanarius vittatus at 80F or more it will be short lived. They may see those temps in the summers but they spend their winters in water down to 40F in the wild. I've never let mine go that cold indoors but I have had crabs 6+ years letting them experience warmer summer at 78-80F and a cooler winter at 68-70F. My oldest crab right now is a Clibanarius longitarsus that I got in 2011. I'm guessing she was a couple years old then so I've had her over 10 years and she's probably more like 12 years old total. Keep either Clibanarius species at a steady high reef temps and they typically only last a couple years.

@Donya Thank you. I developed a practice of making sure all shells are empty, but I was operating on guesswork. Will share info with my beach going daughters. All of our shells come from Galveston Beach. We do try to make sure they are empty, but good to know how to handle the accidental crab guest.
You must log in or register to reply here.