What is your favorite floating plant and why? Poll.

PheonixKingZ said:
I have only kept Salvinia minima, which has very short roots. What variation of Salvinia is that?

i have kep salvinia minima as well but also salvinia molesta and salvinia natans.
S. molesta specifically has the long roots that look similar to the ones of the Azolla fern, which shouldn't surprise us since both Salvinia and Azolla are true ferns, and Azolla itself is a Salvinia family member.
btw you have such pretty and healthy floaters
G

Sgooosh said:
huh, i thought plecos cannot live in hard water?
it does not look like starwort a lot, but similar
Click to expand...

plecos can live in a variety of water parameters, it depends on the species but yeah they are really nice and have a lot of personality. usually, gentle giants as well which make them a prime candidate for your needs
G

ArmchairAquariest said:
No problem, glad I could help.

Interesting idea. I have never kept fish that large. I would almost be worried that the water meal might be so small that only tilapia fry would be interested in it. I certainly can't confirm one way or another, but I think people use full-on duckweed to feed tilapia. For all I know water meal works too, I just worry they might consider it "too small" for their taste.
Click to expand...

yeah, that's in fact what I was thinking, great food for tilapia fry since adults are fed duckweed. Glad to see you too could see the sense on that idea

I've kept a lot of these at various times. Personally I prefer the ones with long roots like Water Lettuce, Red Root Floater, and Amazon Frogbit. The roots of these plants go down into the upper water column, providing hiding places and stimulation for fish in the entire upper quarter of the tank or so. My fish really love twining amid and hanging out among these types of plants, and will hang out in the upper water column more with these type of floating plants as compared to rootless ones. Long rooted floating plants also make it easier for fry like Guppies to hide in so that more survive to adulthood.
Of those 3 long-rooted plants Water Lettuce has the longest and most feathery roots, and the fish seem to prefer its texture and really love rubbing against it. However, Water Lettuce is higher maintenance and requires brighter light and more fertilization. I've also found that snails and fish with a taste for plants are most likely to go after the Water Lettuce as compared to other floating plants, so I'd only add it to tanks with fish that aren't plant eaters and that have good lighting and fertilizer for it.
Red Root Floater is a bit more high maintenance than Water Lettuce, and is also fairly slow growing in my tanks. It doesn't spread quickly at all. The slow growth plus the coloring means I've always had Red Root Floater in with other floating plants as a contrast plant rather than as the main floating plant in the tank.
Amazon Frogbit's roots don't seem to be as popular with fish because there are fewer of them and they are more stringy rather than feathery, but it is by far the easiest of the floating plants with roots going down into the water column to grow, and I would suggest Amazon Frogbit as the best beginner one to start with, and also the best suited to low tech tanks.

I originally got Salvinia thinking that it would have longer roots growing down into the water, but in all my tanks those roots never really developed, even when I got varieties that supposedly would have longer roots. So Salvinia is likely going to be on the very surface rather than providing hiding spots for the upper water column. That said it still works well to provide anchoring for bubble nests and such, and Salvinia is easy to grow overall.

I strongly recommend against Duckweed. That plant is highly invasive in the wild and escapees from aquariums are a big environmental problem, to the point it is illegal to keep in 6 states. Besides that, I've had problems with it getting into my filters and jamming them. Once you introduce Duckweed into the tank it quickly covers the entire surface to the point it blocks out light for all your other live plants and causes issues for fish like Gourami/Betta that need to access the surface to breathe. I got just a couple of Duck Weed plantlets in my tank by accident, and they quickly took over. It was a nightmare. I finally was able to get rid of the Duckweed with tank blackouts, stopping all fertilization, drastically lowering the time the tank lights were on, adding considerably to the water movement (floating plants in general don't do well with lots of surface movement), filter floss to catch as much in the filter as possible, and twice daily manual removals of the duckweed. Even with all of those steps, it was months before I was finally rid of the blasted Duckweed.

Water Sprite is a fine, easy floating plant but I personally think it looks and grows nicer rooted to the substrate. It gets messy and breaks easily when used as just a floating plant. Water Sprite is fairly low maintenance, though, and works well as a nutrient sucker. In my experience Wisteria just doesn't grow nearly as well floating, and makes a much better rooted plant.

Hornwort I've never personally kept because my tanks tend to have a higher temperature than it prefers. I've heard it is easy to grow but has a tendency to drop needles.
Last edited: May 26, 2021
S

Water Spangles (salvinia minima) is my current favorite. I did have duck weed in my aquarium. Don't get it. It is very difficult to remove when you no longer want it. Anacharis makes a good floating plant. but it will send roots down to the substrate and will quickly root itself.

One thing to keep in mind is that light and CO2 is never an issue with these plants. They in nature live exposed to full sun but still do well at the normal aquarium light levels. Theyalso take in CO2 directly from the air.

If you see yellow leaves, rotting laves, or no north the problem is lack of nutrients. Plants need nitrogen, potassium, calcium, magnesium, phosphate, sulfur, chloride, iron, manganese, boron, zinc, copper, molybdenum, and nickel. If you are missing just one your plant will slowly die or not grow.
S

for those that have duckweed and want to remove it. This is what worked for me. Every day remove everything you see. And keep doing it until you can go about 3 to 4 weeks without seeing any. Unfortunately for me it came back and had to start the daily removal. At about the time when I was just going to live with it I put Salvinia in my tank and I let it grow until it completely covered the surface. I then remove most of it and let it grow again. Slavinia bing a larger plant it occupied 90% of the surface leaving very little space for the duckweed to grow. Furthermore the duckweeed got tangled into the slavina leaves. So whenI ware removing Salvinia I was removing the small amount of duckweed the was in the tank. I haven't seen any duckweed in my tank for over a year. 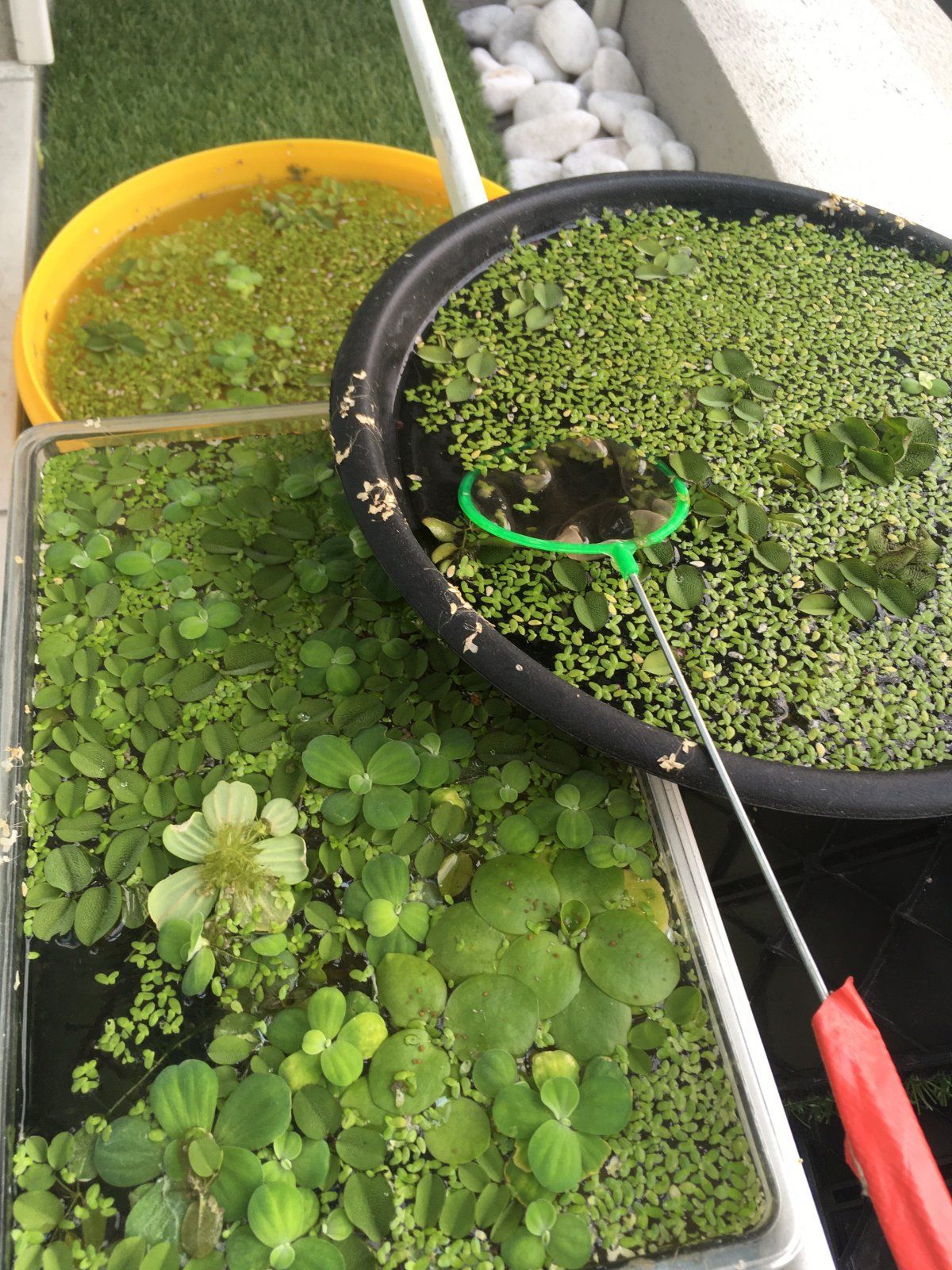