Kind of agree that the pic and the tank should be taken in the month and of a current setup, but then again it shouldnt be taken that seriously..maybe open up more competitions e.g. general pic of the month, fish of the month for marine, cichlids, oddballs etc...should mean more winners, then 'this months winners' can be viewed on a thread somewhere...it would mean more winners overall...just a thought
T

My entry, my first ever tank: 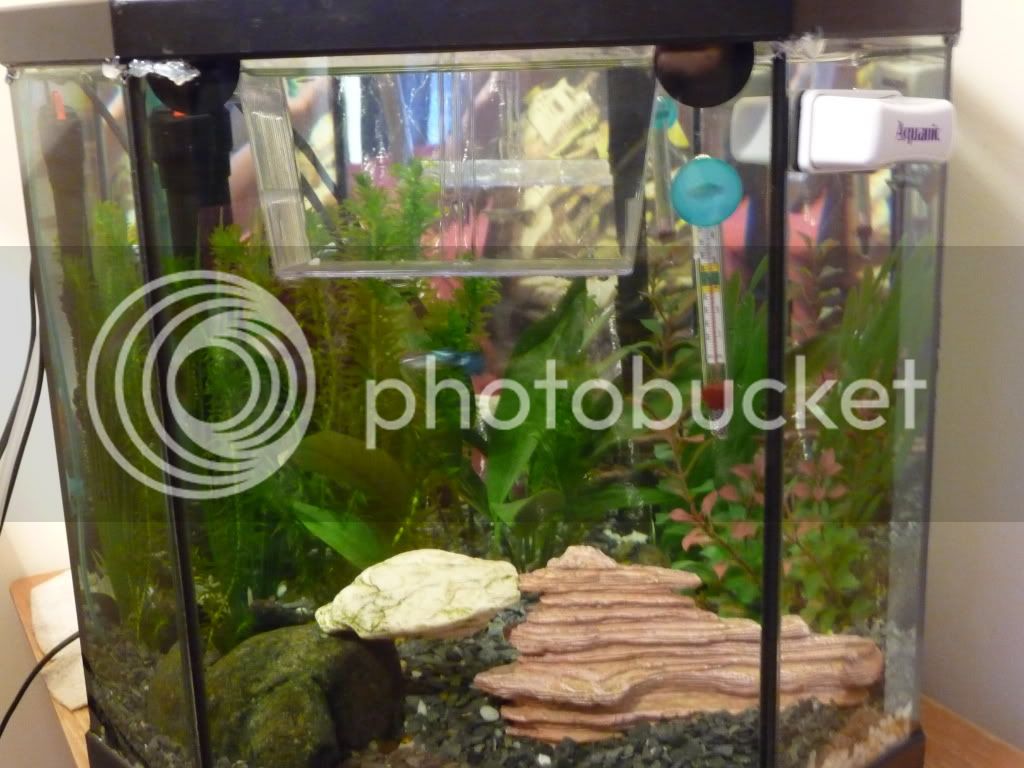 The moderators would like to extend a warm thank you to everyone who entered the first in the series of TFF's new TOTM competitions.

This comp was very much a trial run for everyone involved, mods and members alike, and has been useful in ironing out some problems which have arisen.

The issue of proof of ownership has been a sticking point, as has the issue of whether tanks which no longer exist should be allowed.

The mods have discussed these matters in depth, and have concluded that for this competition, the vast majority of the entries will be allowed. A PM has been sent to the members with disallowed entries stating the reason why. This policy will apply for this competition only, and for all future competitions, the proof suggested (second pic with a piece of paper) must be provided or the entry will not be accepted.

In addition, it has been decided that in all future comps, the tank must entered in its current condition. Tanks which you no longer own, or have re-scaped will not be permitted.

As a result of the discussions which have taken place, there will be a few minor changes to the guidelines, so please be sure to re-read them before entering next month's comp.

The poll to decide the October TOTM winner will start shortly, as will entries for the November comp.

Thank you again to everyone who has participated.