Sadly my Mother in law has recently passed away and my Brother in Law is having to move out of their house so needs to sell her marine tank.

Jewel Trigon 190 Corner tank with stand
Heaters and 4 (maybe 5) power heads
Aftermarket LED. Unsure on spec but the Greenstar Polyp and a stray mushroom coral have been doing good under it at the bottom of the tank.
A lot of live rock, unsure on weight but is enough for the tank, my guess is about 20-25KG. have a look at the pictures for a better idea.
One colony of Greenstar Polyp and 1 small Mushroom that appeared from nowhere.

Full disclosure before my MIL passed away she had bought some new fish. Unfortunately I believe that one of them bought in marine velvet with them as it wiped out the entire fish stock within a few weeks. This was over a month ago though so in theory the Lifecycle for Velvet will have been done already. If it was me though I would leave it for another month before putting fish in just to make sure.

Buyer to dismantle and collect from CT14 (Kent). Looking for around £300 but open to offers. I can try and get more photos or information if wanted but it isn't at my house so will have to try and do this when both myself and my BIL are not working.

Honestly I'm really sad to see this go, if I had the space I would have taken it on myself but it wont fit in my house and we are going to put the money towards the funeral costs. 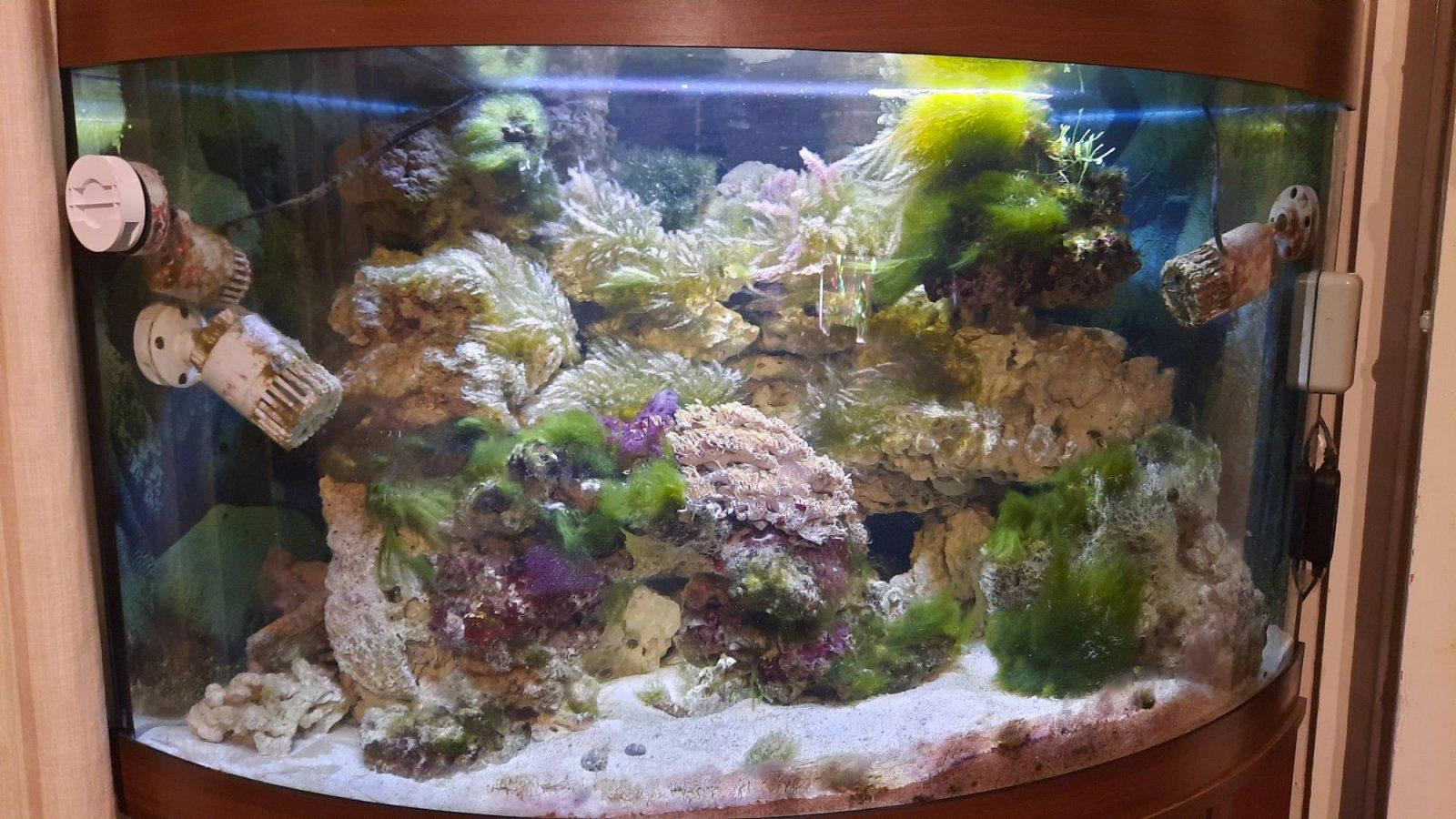 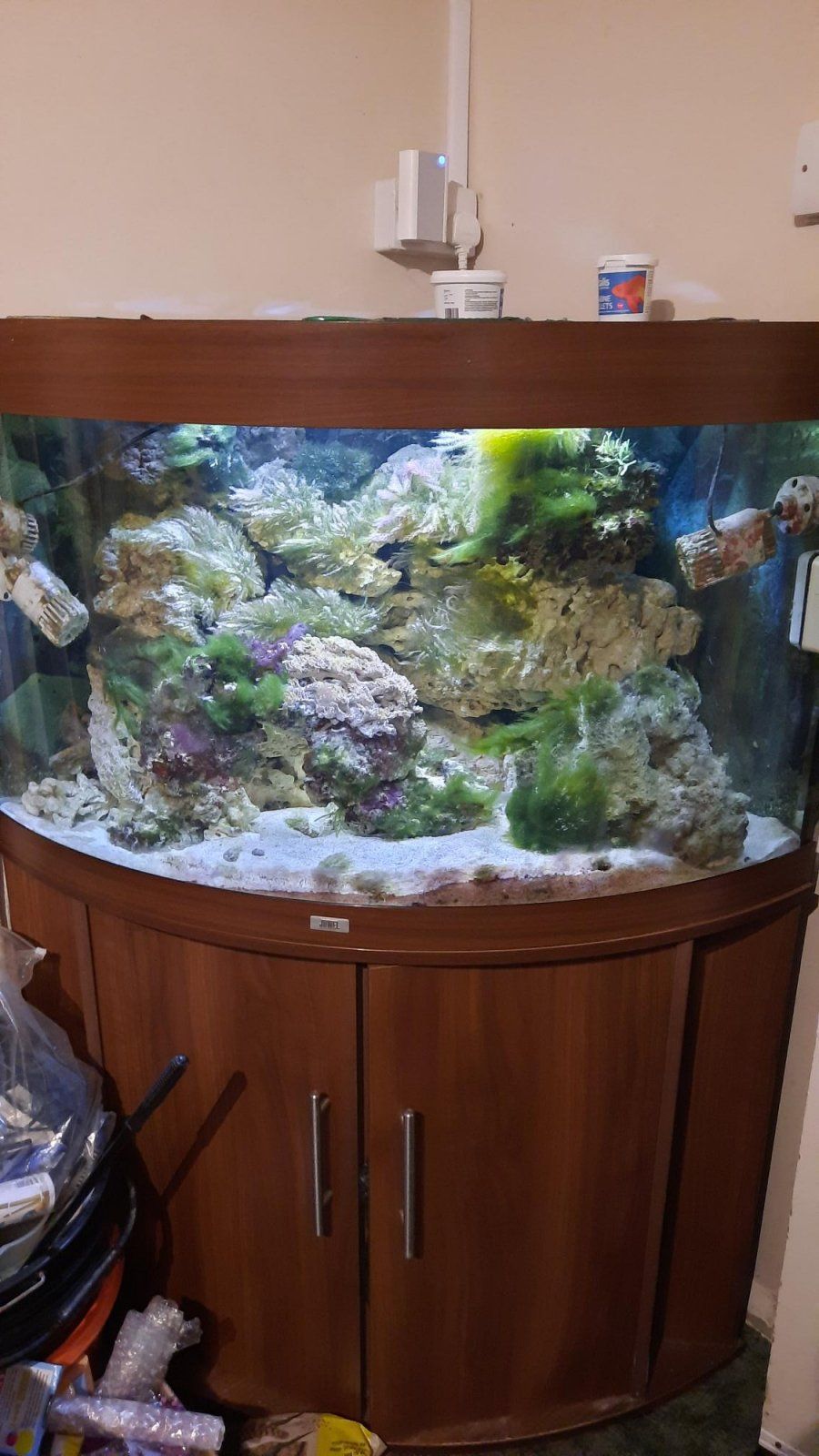 I'm so sorry for the loss of your mother Barney.
On the bright side, its good to see you back on the forums after a while.

That Marine tank looks really nice! I'm sorry you have to part with it... Hopefully you can find someone who wants it

Wish you luck man!
You must log in or register to reply here.

E
Bloated Oscar fish - What can I do?

Before and after picture
2