Hi guys, I have 4 batches of fry at the moment, the oldest ones are 2 months old this week, there's 13 of them, they are in a 95L tank and one of them seems to have a growth.
Tank stats:
ammonia - 0
nitrate - around 40
nitrite - 0
I thought it was poop, it's been there since yesterday. I just offered them peas in case it was just poop but he's not eaten anything in 2 days. The frustrating thing is I don't know if he's in any pain but he still swims up when I go near the tank. Here are the pics. 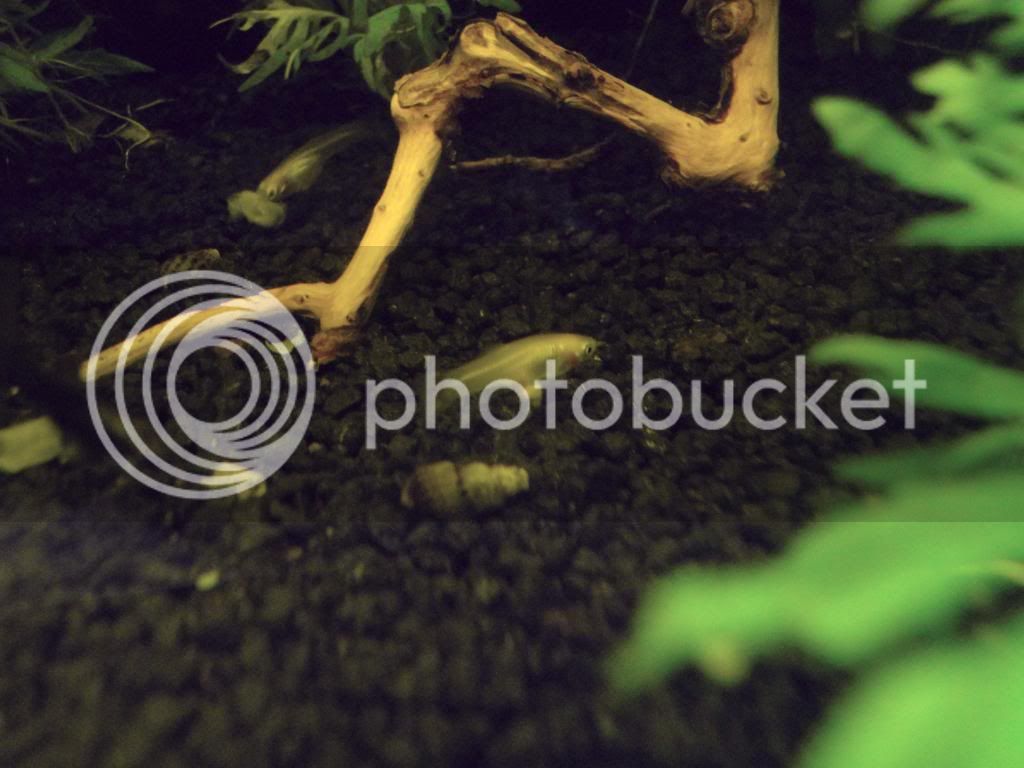 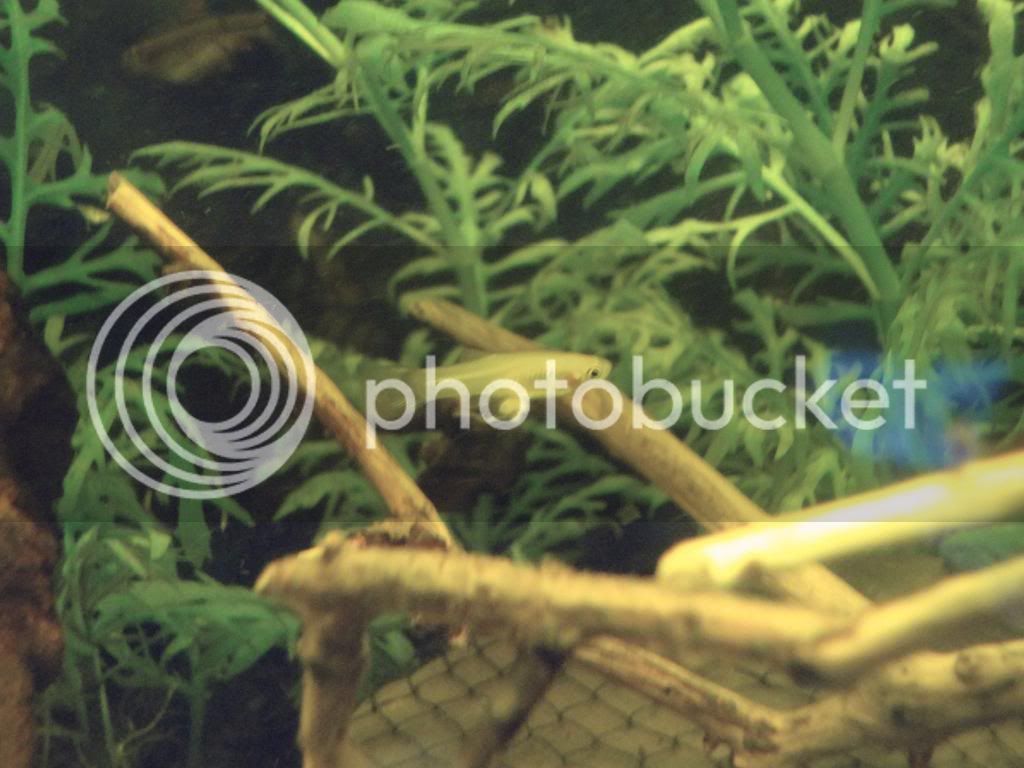 Anyone seen anything like this before? Is it just poop that he can't pass? I did think maybe it's female and trying to have a baby - but at 2 months old??? Somethings definitely wrong. What would be the best thing to do?
I have a separate 64L fry tank with about 20, 4 day old fry in it. Should I move him into there? He's the only one with it and I have never seen anything like that before.
Thanks in advance for any help.
K

we had a few fry like these i think its internal organs outside the body or something , it seemed ok with it though and still ate its food but when i gave the batch to my lfs they said they would have to kill it poor thing.
D

I wish I could help Ny but I have not experienced this. It does look like something internal but I would imagine it to have more color. So I'm leaning more towards the fry getting scraped or cut on something. 2 months is a little young for babies too. If he hasn't eaten much he may not survive long. Look forward to others' thoughts.
OP

Thanks for the replies.
Karlnina - they probably killed it as it's not aesthetically pleasing-you wouldn't buy a fish with a growth on it. Poor thing.
DyArianna - The camera and lighting doesn't do it justice, I tried to get a pic from the other side because on the other side it's actually a deep red colour. Could it be internal? Should I just leave him in the main tank? As you can see from the pic he's very skinny, in the first pic you can see one of his siblings eating a pea with a nice rounded tummy. I didn't see him eating when I fed them this morning.

I saw one exactly like this at my lfs, a fully grown female, they said it was her internal organs on the outside, they got her like that so they didnt know how it happened. But they said she was ok and could still live as long as the others, and they were giving her away for free
She acted exactly like the others and it didnt look like it bothered her
How long has the fry been like this?
OP

Here are some better pics. It's gone fluffy. 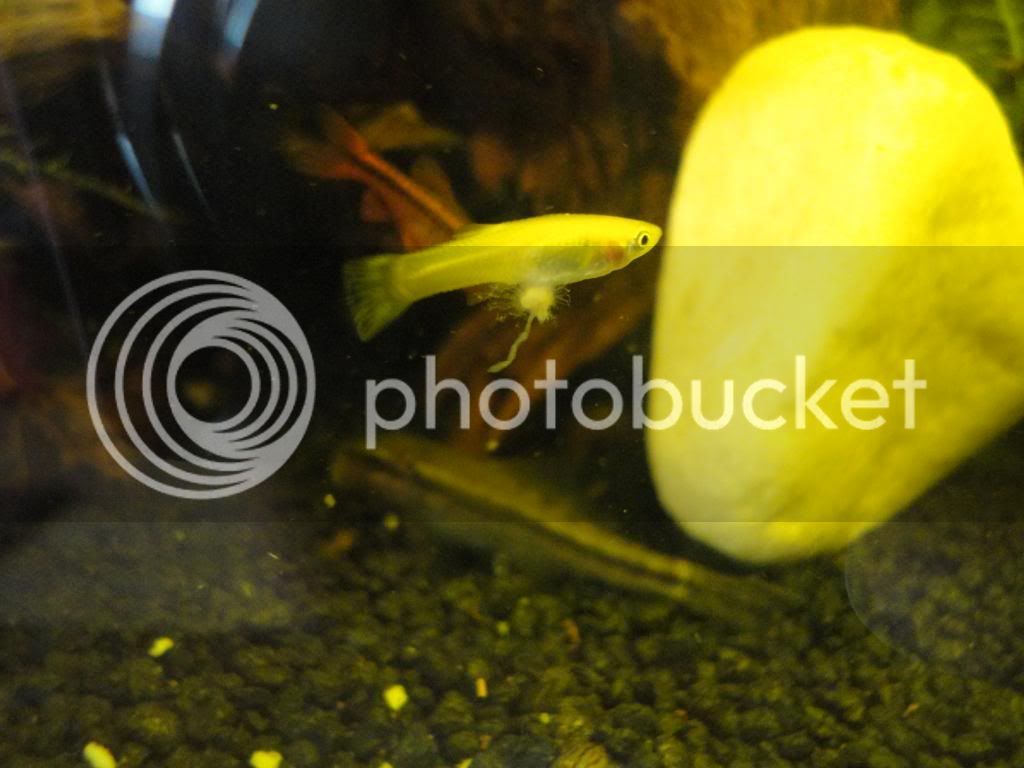 You can just see the red in this one. 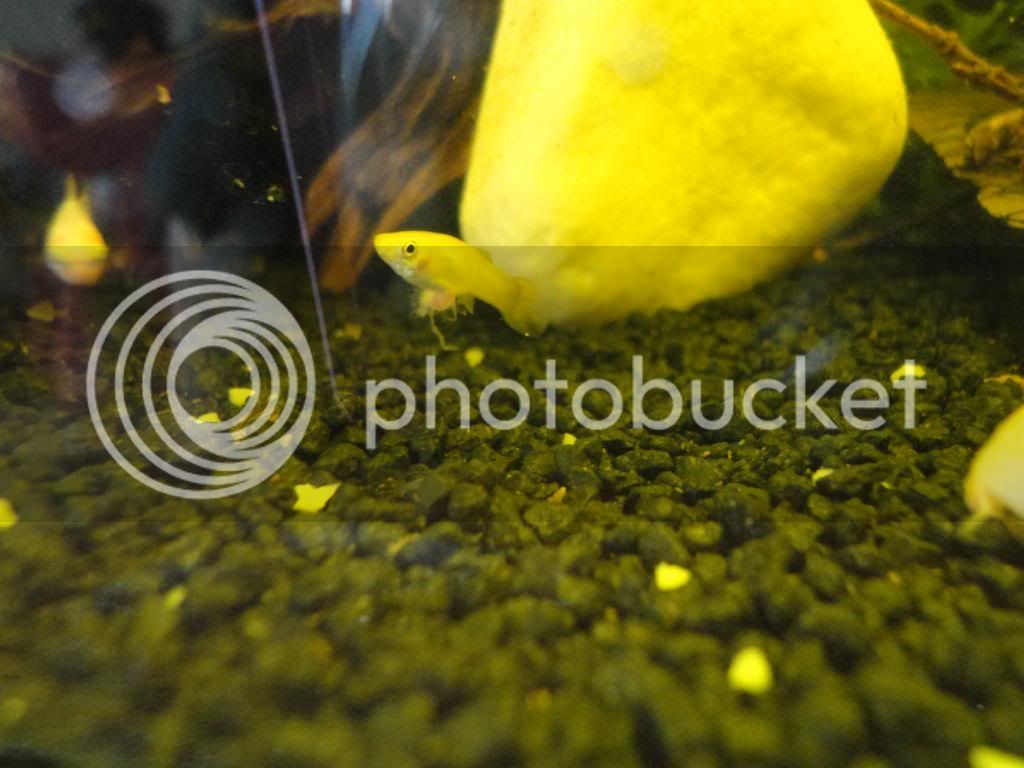 This ones male (the females have had gravid spots since 3 weeks old) I only noticed yesterday that he was like this. The others are all busy munching the peas and he's just hanging around by himself. It's frustrating. He will stay with me. 6 were going to one home and 7 to another but I will just explain to them what's happened.

Looks like a birth defect to me. Internal organs growing out. The fluff may be fungal infection as these organs are meant to be inside. I'd probably do what the LFS did and put it down. 1) its probably in pain, 2) you don't want fungal infections harming your biologics of the water. Either way, the stringy stuff is cause for concern.
OP

Oh no that's awful. I only had to euthanise a female earlier in the week. She had dropped a lot of fry (I found 23) and was very skinny, couldn't swim upright and was just floating around. She couldn't get up to the food or have the energy to get to it when it was falling. After 2 days of her being like that I made the decision.
It's so upsetting having to do. Do you think he will get better by himself or is this the only option?

I've got no real experience Ny but with the combination of prolapse + fungus + not eating if it were mine I would put this fish down straight away.

I think its time to call it a day Ny, sorry I know how attached you are to your little 'uns.
OP

I always have clove oil handy (great for toothache) The smell sickens me though.

Thanks for all the replies, his suffering has ended.
D

Sorry to hear Ny!  But it sounds like it was for the best.
OP

It's ok, I did have the feeling of dread when I saw it for the first time yesterday. I was hoping it would pass and he would be fine but he wasn't. Nevermind these things happen. That's the first time in 2 years of breeding guppies that it's ever happened.
You must log in or register to reply here.
Share:
Facebook Reddit Pinterest Tumblr WhatsApp Email Link

C
HELP!! My blue dwarf gourami looks like he has dirt all over him and his fins