Location
Venus (I move a lot)

thats heaps for a couple of axos

avoid hard and sharp objects. plants are fine, no points rocks or wood tho

some wood is toxic, avoid wood so the axos dont injure themself

a few dollars a week on food if that. the actual axolotl can cost from a few dollars up to $20 or $30 depending on size and colour

cant help with that

whichever you prefer. I have medium grit black diamond coal slag sand with mine right now, and they really stand out. I’ve had Kirby on pool filter sand before though and he did fine. He did blend right in though.

Anonymous Fox said:
Does it need to be a planted tank or can it just be a hardscape tank?
Click to expand...

I have dragon stone in mine and they like to crawl over the top of it, sometimes my golden albino sits inside a hole in one of them. All of them like to sit on my giant anubias and Amazon sword leaves closer to the surface, though I’m sure you could replicate it with one of those corner hammock things. And like Colin said, they CAN injure themselves on anything sharp like wood or rocks. I personally haven’t had an issue with it, but that could be because I give them plants to hide in too, as opposed to just hiding in the rocks lol. That question did spark some interest though. I just saw the movie Dune and (no spoilers here, the trailer shows this much) there’s basically a sand desert inhabited by giant worms, but there are these massive rocks that look JUST like dragon stone, and axolotls look somewhat like worms lol. It would be fun to replicate it with a tank haha.


Anonymous Fox said:
Can they have planted substrate or can it only be sand?
Click to expand...

I would stick to fine sand or flat tiles. Bare bottom is a bit controversial, so some people will put tiles in so it isn’t as stressful. I have seen some people use fake grass mats and it looks epic! I can link the brand I’ve heard people use if you like.

If it’s aquarium safe you shouldn’t have an issue. Keep in mind if any rocks will raise your GH or anything like that. If you do plants, I have some anubias, Amazon sword, umbrella palm, Italian vals, and red swords doing ok in mine. I was originally going to go lightless, but decided to just get a couple of nano planted lights just over where the plants are.

The cost depends on where you get them, what color you get, how big it is, and how much the place charges for shipping. I bought all three of mine at Gillywater Aquatics. The owner is nice, the axolotls came perfect and beautiful, the prices were great, and shipping was free. Unlike some breeders who simply list “golden albino” and then give you a random golden albino baby because they don’t have the time to take individual photos, GillyWater lists every individual axolotl and you get to pick it out. It’s pretty awesome! This I what I paid for mine


I buy mine axolotls pellets and black worms, I spend about $6 a month per axolotl on black worms, but once I transition them to worms I can start a worm culture and it’ll cost me nothing.

The tank size will work. I have observed mine nights with an infrared camera. Axies are nocturnal & mostly hide days, even though the room is dim. They are active nights & make more use of horizontal vs vertical space. Mine tend to swim back & forth, left to right, vs up & down.

I keep them at 60-65F. This temp & the low light level presents challenges for growing plants. (Others may have better luck, possibly due to more light & warmer waters) I do have a few Java ferns & 1 Anubias doing ok in the axie tank that gets a little more ambient light. Some plants were pulled from this tank because they impeded Mander’s nocturnal laps. He has a nice silk vine in his tank, a 40 G long.

Sally has only silk plants, a ficus vine & big red I don‘t know what. They are Exo Terra products, recommended by @itiwhetu. (sp?). They are soft & realistic, the finest silk plants I’ve ever seen.

Theses Lucy (pink with black eyes) axies were purchased as a pair from a Craigslist ad. $200 for a 30 G hi tank, a very nice stand & filter with a guard to reduce water flow, & countless ugly IMO decorations that glowed in brilliant neon colors under a black light in the hood. The pair were separated to stop all the spawning that had the potential to over stress poor Sally. They now reside in side by side tanks. Sally stopped laying eggs. The 30 G hI sits empty.

I have used different sands: Black, white & the off white playground sand sold at Lowe’s at $5 for 50 pds. This is currently my favorite sand. It’s unexpensive & Lowe’s is a few miles away.

I currently use a fake rock hide for each tank. Cheap PVC pipe & Terra cotta pots work well too. I ordered slate on ebay to make hides, but was hesitant to simply stack them & am considering drilling & using metal rods further down the road. I do not like wood (for tankS) & have none in any of my tanks.

I feed mine pellets, purchased in bulk, 5 pd bucket, on ebay. Others offer different foods, but I don‘t bother. The pellets are nutritionally balanced.

The LFS had a waiting list of >45 people. He sold them for $45 each. I found 2 breeders who sold them for about the same. The cost would have easily doubled with S&H on one breeder. The others could have been picked up at the breeder’s. I have seen them at Craig’s for as low as $25. Some sell for a bit more.

gonna post this now, let me know if I have overlooked any of your questions or if you have more.

PS. I liked a breeder in Pittsburgh, PA. I can track down her info If you want.

I‘d keep a close eye on Craigslist. I saved tons of $$$ there on three tank setups, including my 90 G cichlid/catfish tank with a 20 G sump. My friend in NY found the axies pair on her local Craigslist . It was a terrible long drive but my husband went while I stayed home & cuddled with the dogs.

In addition to the savings, it’s always a good thing to give unwanted pets a good home.
Last edited: Dec 19, 2021 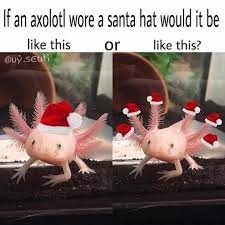 150 neon tetra settles in to the tank.

Today at 9:42 AM
TwoTankAmin

How long for Neolamproglogus Similis to become sexually mature?

Today at 9:18 AM
connorlindeman