What Shrimp Is This?

This looks like the shrimps that are sold as live food in my LFS. I don't know what they are called but I just call it feeder shrimps
I could get 100 of those for 1 buck of the money here

maisy12345 said:
Hi Coldcazzie ,did you id this shrimp from pets at home?
Click to expand...

Not definitively, no, not yet.

Could be, thanks TFL. Sorry I missed this until now. Been looking at these again this evening. I think red claweds also are a possibility. The new two I have have much brighter orange at their claw/leg joints. However they are smaller than the female I had already. Don't know if they are just younger specimens, or if they are a different sp.

Whichever it is, I will stick to my original statement of them definitely not being ghost shrimp!
OP
OP

They've grown since I posted a few days ago. I planted some crypts this afternoon and they came up and explored my fingers with their pincers, and also made a huge fuss of there being plants where there weren't any before!

Dunno what they are but I love them! Might have to give them their own tank...

Thats what my shrimp is, I'm 99.9% certain he's a ghost...cos that's what my grandad told me it was and it's from his tank And it's not P@H's inaccurate labels, it's the company who sell the fish to us only give us the option of freshwater or cherry on our fish order, vague I know.
OP
OP

Yeah, it's annoying, although ordering inaccuracies doesn't mean your labels aren't inaccurate. Cuz they are. Just you'd have to be able to ID them when they arrive to put up more accurate labels

But I can guarantee the ones I have are not ghosts. No way. I may try separating them and seeing how they grow. If they develop the red/black legs then I'll know one way, if they don't I'll know the other way.

There is also the possibility that they're 2 different species of macro shrimp... just to add an extra layer of confusion!

Agree with TFL on the ID, M.lanchesteri are very commonly sold as just "freshwater shrimp" in the UK. 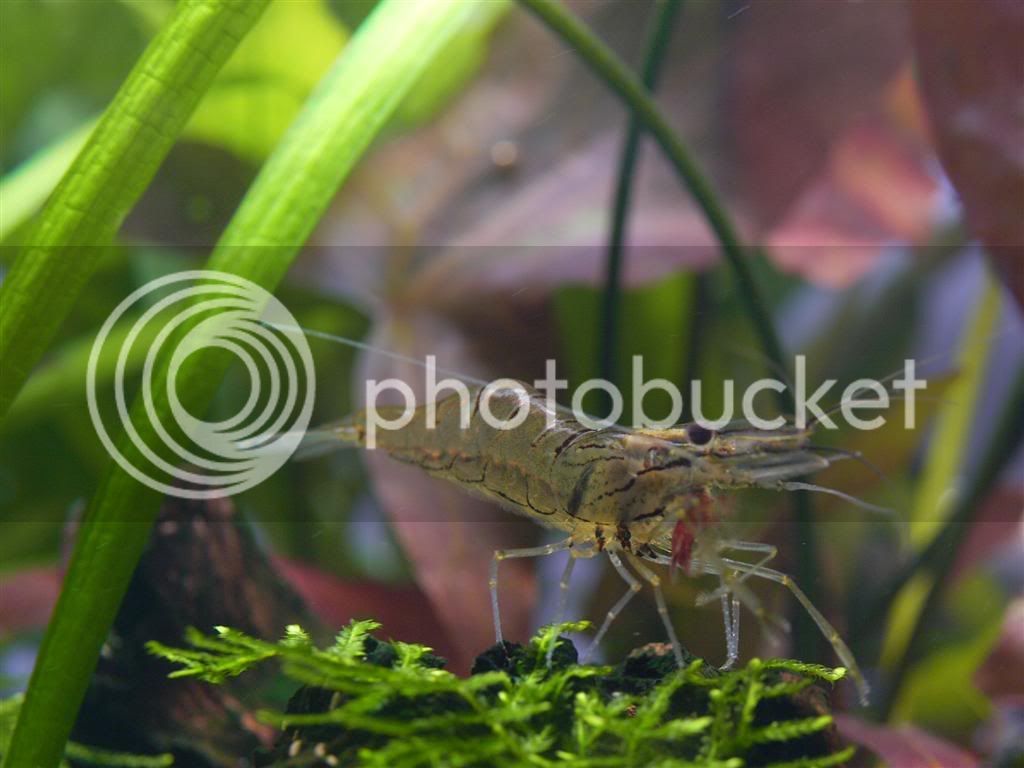 saltynay said:
If it hasn't attacked anything then try researching down the Palaemonetes sp. route (not all larger shrimp are macrobrachiums you know). I would start with Palaemonetes paludosus. I am 100% sure that if they grow larger then 5cm that they are M. lanchastrius if they are smaller then a stressed Palaemonetes paludosus (when stressed they don't have the mottled pattern)

Ghost/Glass shrimp is just a common name I have seen so many species fall under the same common name banner
Click to expand...

Funny you should say that...

The two most recent ones I got which looked like this only smaller, have grown a huge amount in not very long, changed colour, and are responsible for several shrimp murders, including the shrimp I pictured above, and an undetermined number of amanos.

Going to start a new thread about them, pretty sure I know what they are but just want some other opinions. I've got them in a jug currently, after the genocide of the past week. They're going to have to have a species tank, which I'm ok with, but I don't know how big it should be...

three-fingers said:
Agree with TFL on the ID, M.lanchesteri are very commonly sold as just "freshwater shrimp" in the UK.
Click to expand...

I think she was. It's fairly inconsequential now though

Here's my meaty shrimp. This one killed and ate the shrimp pictured earlier on in the thread, and also it's companion, and 4 amano shrimp and about 20 cherry shrimp. It likes veggies and prawns equally. Not enlarged claws particularly, and definitely no black/red colouring on the pincer joints etc.

I highly doubt I'm going to be able to rehome him, so I suspect he's going to go into his own 30-40L bachelor pad when I break my tank down. 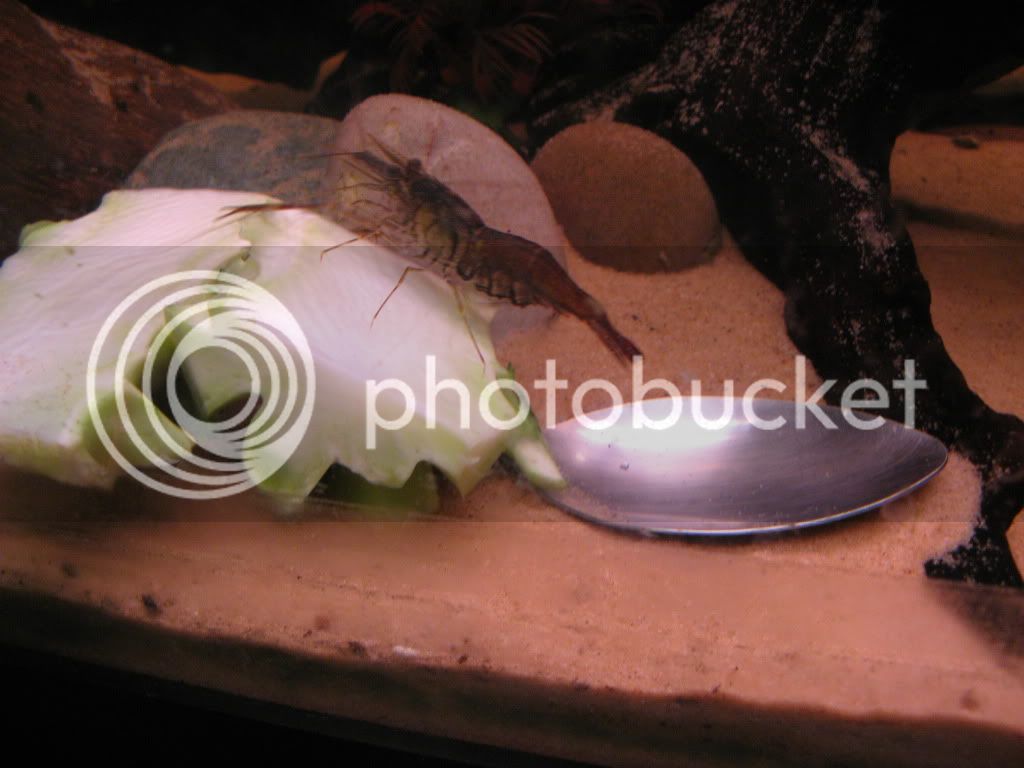 Hi,
I also bought 4 ghost shrimp from Pets at Home in January 2013. One of these shrimps has continued to grow since and has eaten the others and alot of our fish. We found the shrimp with a minnow in its mouth. We were told these shrimps wasn't supposed to grow much bigger than when we baught them and we have had to sepporate the shrimp from the fish. He/She is shedding every 1-2 weeks and getting darker each time... We wondered if anyone could tell us what shrimp we may have. We have gotten 2 more from pets at home one has stayed small and the other has started to grow and get darker. We think there must be a mix in the shrimps they are selling.
Here are some pictures...

Aliens spotted in the sky tonight

What's gone wrong with my tank!!!!

D
Keeping the low profile in an aquascaping tank.