so i’ve got this frag of green zoas on my sand bed at the moment. I was going to glue them down to the rocks but before doing so i wanted to see if anyone could help me identify what is growing on this colony and if/how i should remove it before gluing them down. I think it’s some kind of sponge but i couldn’t find any good comparisons online.
P.S. Does this duncan look like it may be growing a new head??? 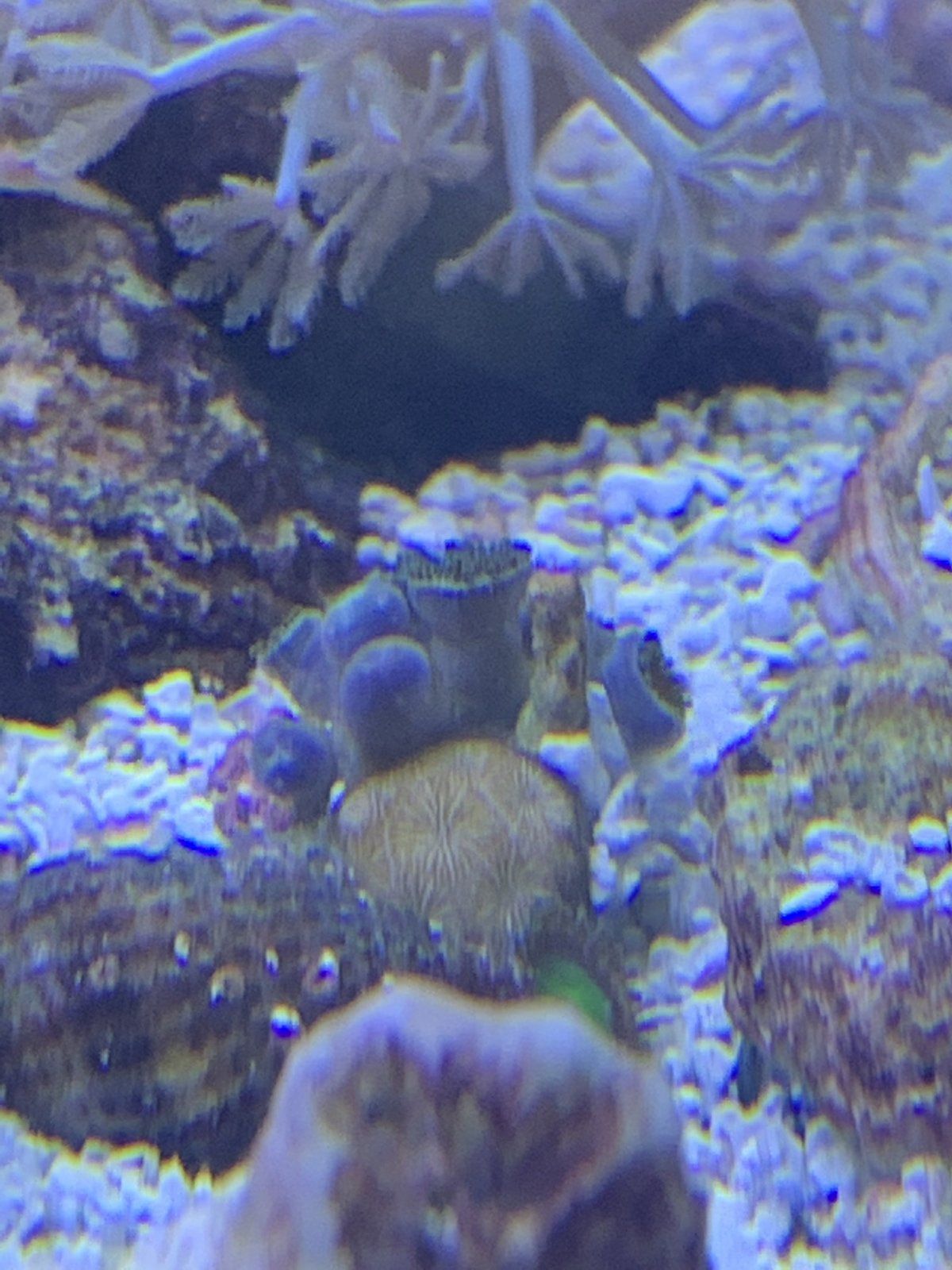 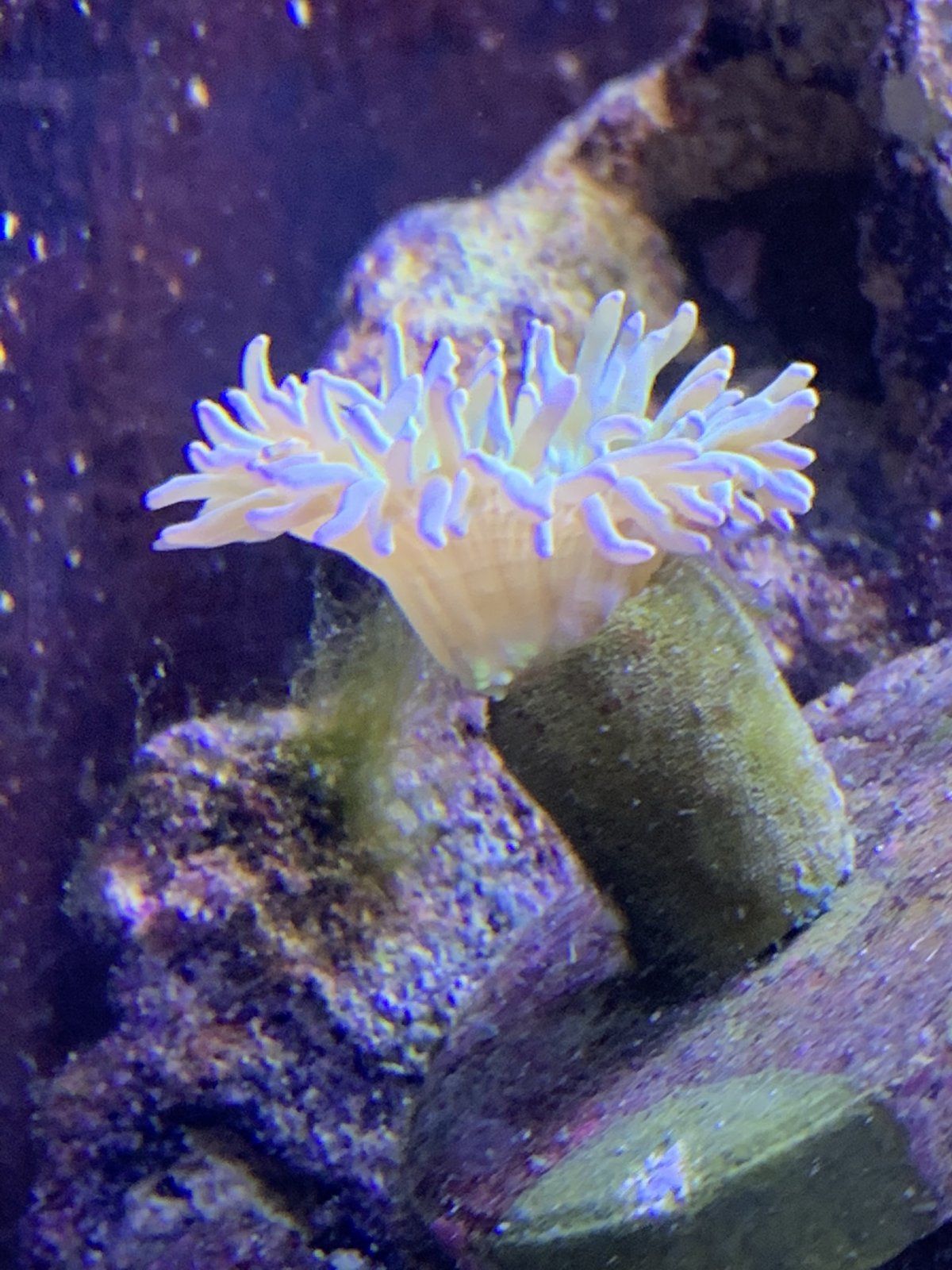 It's hard for me to tell what's going on in the first picture. Assuming I'm looking at the right thing, it almost looks more like the pattern of a coral skeleton to me rather than a sponge but I'm really not sure. Is it soft or hard? If it's squishy then it likely is some kind of sponge but I'm not familiar with the type. (EDIT: or I could just be looking at completely the wrong thing...starting to think that's the case now)

And yes, it does look to me like the Duncan is growing a new head. It's not common to catch it at that stage but early on it does sometimes look like a weird, incomplete mini head emerging out the side of another one. If healthy, it will grow rapidly and look more polyp-like soon. If it was very recently fragged, it may have been cut near where the new polyp was growing in which case the nearby damage from the cut may stunt the development of that new polyp for a while.

can you circle the area you are concerned about?

maybe try to get a clearer picture, unless they are clear and I'm having a stroke, they look blurry to me, sorry I haven't had much sleep.
OP
OP
B

Trigger warning: Busted nail polish
Here is a better photo. It felt hard but not like a rock.

There is definitely a little LPS there inside the zoas - the light brown mass on the left. White dots in the center of the radiating lines are mouths of the polyps, which appear to be completely retracted and not very happy. It may not survive amongs the zoas. There are also 2 other things I'm seeing, one of which may be a sponge but could also be a tunicate. The other thing I'm really not sure; could be a sickly zoa polyp or something else altogether. 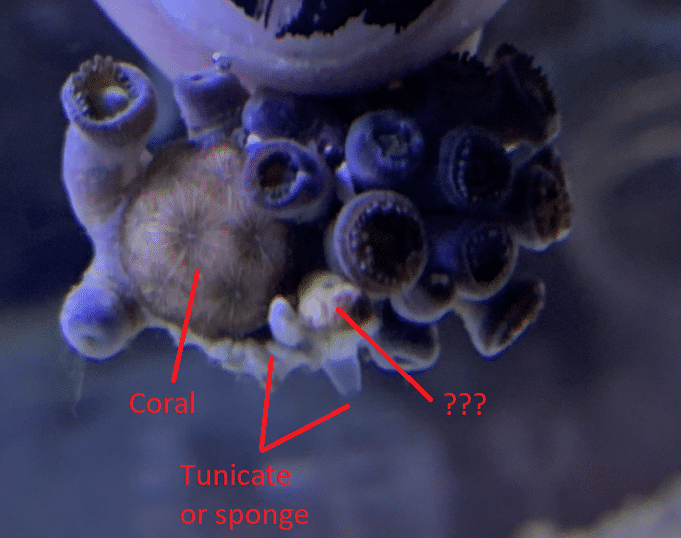 Beasttamer64 said:
Trigger warning: Busted nail polish
Here is a better photo. It felt hard but not like a rock.
Click to expand...

R
Hi, new to the forum looking to move on some severums

Today at 4:58 AM
Rzorbn
R
M
Confused on water testing