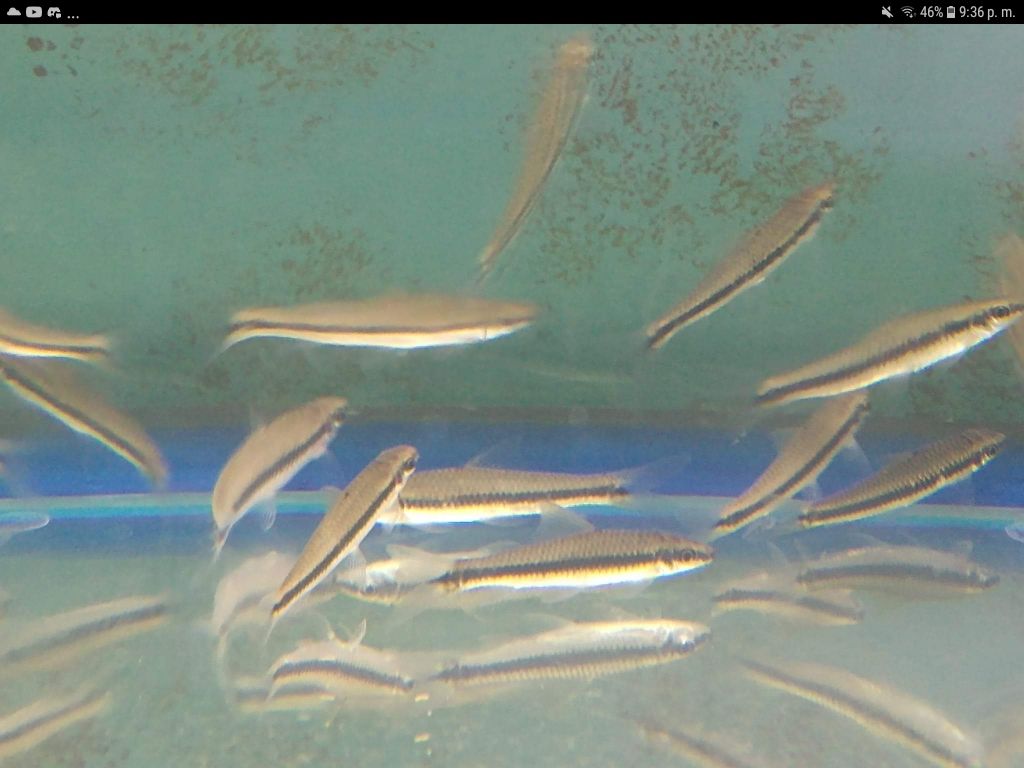 Don't look at them, just walk away. They are nothing but trouble. Siamese, Chinese trouble. Anything that is called an algae eater is trouble.

The excerpt below from a profile of the species I wrote a while back may help.


The common name Siamese Algae Eater is regularly applied to several related but distinct species. The species Crossocheilus langei is the one most often encountered in the hobby as the “Siamese Algae Eater” [SAE] and is the best at eating black brush [aka red beard] algae. The "true" SAE is actually Crossocheilus siamensis, a species initially described by H.M. Smith in 1931 as Epalzeorhynchus siamensis and moved by Banarescu into the genus Crossocheilus in 1986, and which has probably never been seen by hobbyists since the holotype [the specimen collected and used for the description] is the only one known. To further confuse, the fish described as C. siamensis by Smith was subsequently determined to be conspecific with a prior described species, Crossocheilus oblongus, so in fact there never was a C. siamensis as a distinct species, and the name now is a synonym for C. oblongus.

Confusion abounds with this fish, beyond the fore-going. There are several near-identical species within Crossocheilus, and they are occasionally seen in the hobby. Their usefulness as "algae eaters" is variable, depending upon the species. Then there are two other fish often confused with the SAE, known as the False Siamese Algae Eater, Garra cambodgiensis, and the Flying Fox, Epalzeorhynchos kalopterus. Both of these regularly appear in the hobby, but neither will handle brush/beard algae like the common SAE. The False SAE can be distinguished by the dark lateral band that ends at the caudal peduncle whereas on the subject fish this band continues into the caudal fin. The Flying Fox has white-edged red and black coloured fins, not clear fins as in the subject species.​
​
I rarely disagree with Colin, but the SAE can get larger, up to six inches. All these fish need a group (they are shoaling fish), and that means a quite large tank. And many develop undesirable habits and none except the one mentioned is any good at algae.

They sure made this hard to find, I used this about 18 or 19years back to get SAEs/ Mt first try got me flying foxes. My second got me these
Algae Eating Cyprinids from Thailand and Neighboring Areas

I had a bba outbreak in this tank and I gathered SAEs from several of my tanks and put them in this one. Then I stopped feeding the tank/ I had to do this because SAE are pigs and will eat any food they can and then graze on tank algae the rest of the time. But like Byron said, they are excellent algae eaters.
You must log in or register to reply here.

Finally upgrading my all plastic tank to all natural!