Only A Few Days Left To Vote For The March Fish Of The Month.

Ok folks, we are in unprecedented waters here.  The March Fish of the Month "run-off" Competition is down to the wire.  EVERY vote counts.  This is a very close race.

Head over, check out the pics of the remaining entrants and vote!!!  Every member has one vote to cast, make yours count.

The votes seem definitive. The ram wins all like I said it would even though everyone else was like ' no way is that ram gonna win.
OP

The voting is not over yet.

Here's a pic to remind you not to count the votes too quickly: 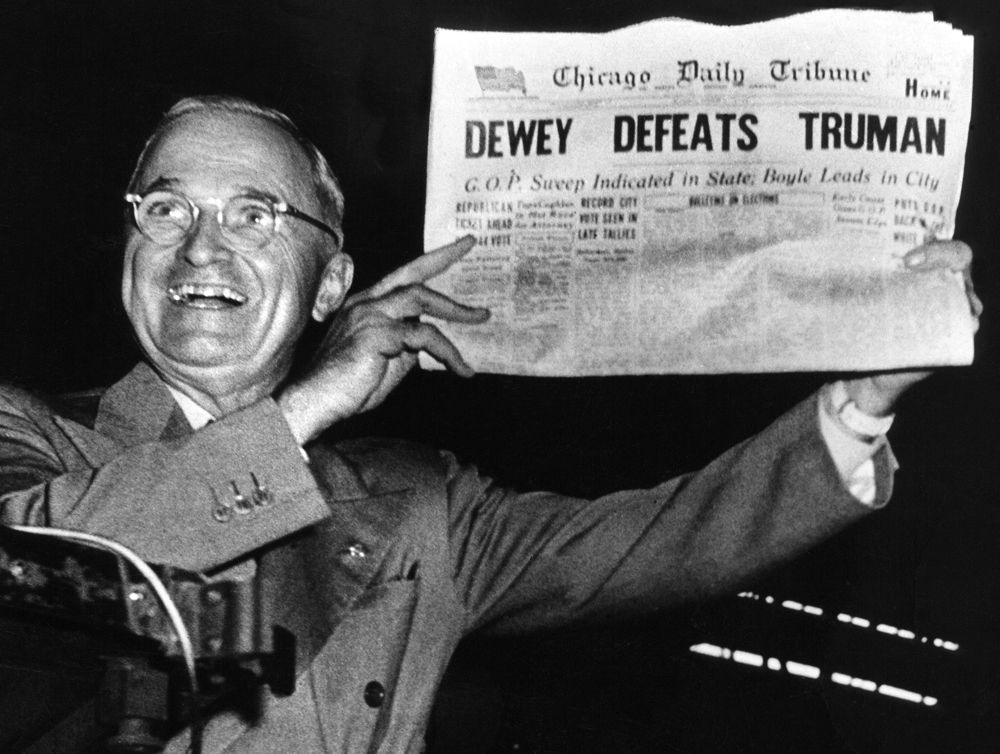 As an Australian, you may not recognize the guy in this picture.  It's Harry S. Truman, 33rd President of the United States.  In his reelection campaign, everyone was convinced that his rival would win - and the newspapers all started printing the results this way.  But, it turns out when all the votes were counted, Truman had won.  So, let's not count the votes until all votes have been cast.  It is still very close!
You must log in or register to reply here.
Share:
Facebook Reddit Pinterest Tumblr WhatsApp Email Link

One of my mysteries VERY cracked shell...

S
Why you never need potting soils or dirt to be natural.