One of my Silver Dollar PLANTED tanks (Metynnis spp- 3 species)

As in the title, this tank has been going on for several years. The fish are Metynnis maculatus (2 male, 1 female), M. altidorsalis (1 male), M. lippincotianus (2 males, 1 female), plus one female Metynnis I have not decided what to call.
Plants are Cryptocoryne usteriana, C. wendtii, Hygrophila sp. Microsorum pteropus, and floating duckweed (in a corral).
Tank is 75gal (48x18" footprint). Filtration is 1 FX6 + 1 Aquaclear 110. Lights are two 48" fluorescents.
Water changes - 60-70%.
The M. maculatus are possibly ~26 years old (24 documented).
I am in the process of consolidating this tank, with another 75g planted SD tank, into a 6ft planted tank for all 12 fish. I am going quite slowly and methodically, and will update sometime in the future.
Cheers!

Wow!
Do you have records of your other fishes ages? It is interesting to see their potential lifespans as data is so conflicting.

Nice tank, have they ever spawned. Mine bred and then the young grow up with them 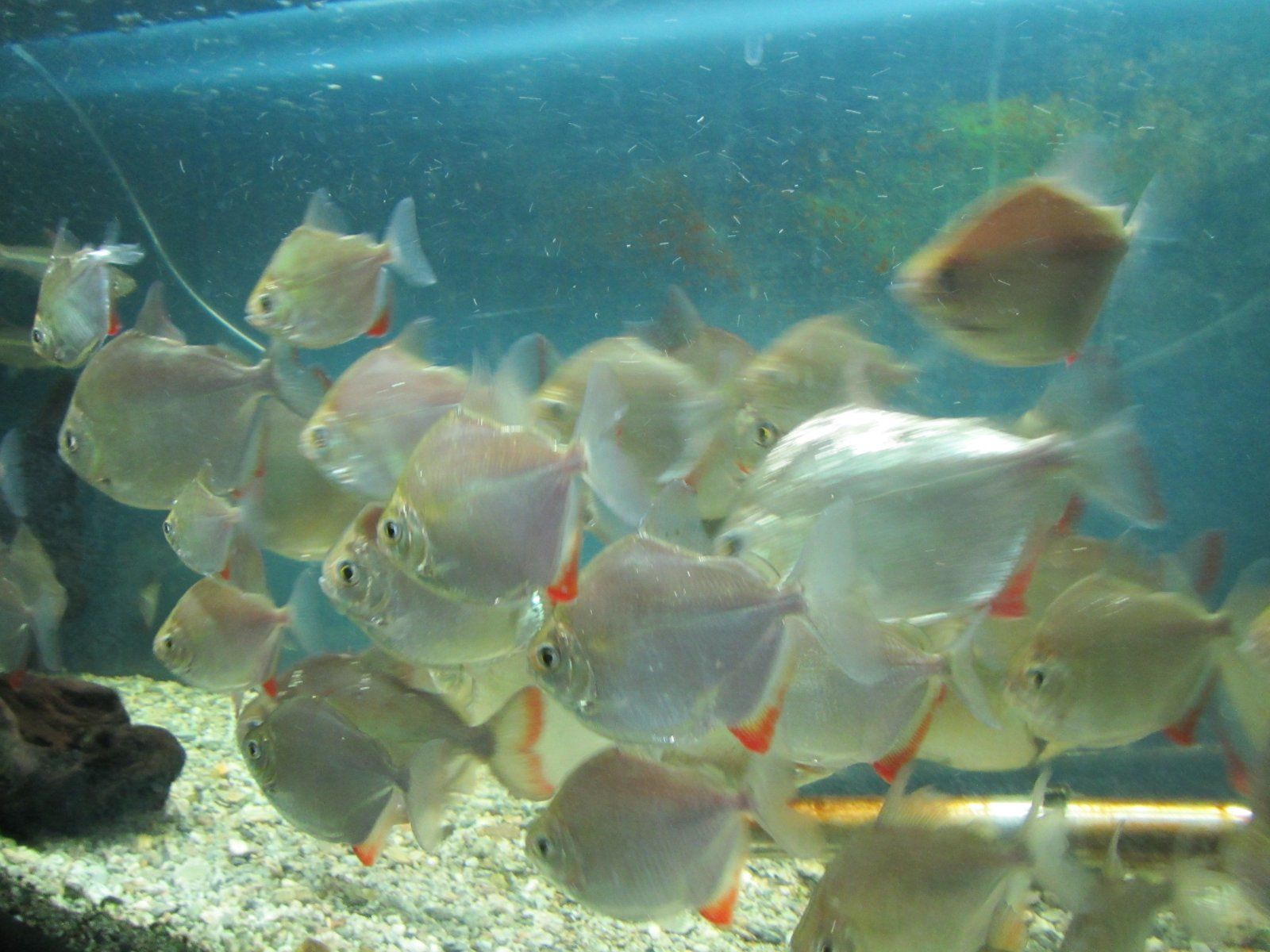 Thanks.
Unfortunately not quite as good documentation on age of the others.
The single M. altidorsalis has been with me for only about 2.5 years and was already a young adult. I would estimate 5-7 years.
The two male M. lippincotianus also have been here for 2.5 years, and were quite young when they came. I would estimate 4-5 years and are young adults now. An additional female came later but I consider her of similar age.

They mock-spawn all the time, even inter-specifically, and may have spawned but I have not found eggs. I hope once together in the new tank they may breed for me. That would be super cool, but just having them and taking care of them is a lot of fun. Perhaps there would be a better chance if I kept them in single species tanks, but that has not been possible.

Lucky you to get your group to breed in your tank. Beautiful troop of what I consider most likely M. hypsauchen (Muller & Troschel 1844). M. argenteus Ahl, is not currently considered an accepted name on Metynnis, specimens belonging to various other species, mainly M. altidorsalis, M. hypsauchen, but also others.
How old are the fish born in your tank? [it is not clear which are parents vs offspring!].

So this picture shows the adults more clearly. They spawned multiply times over one summer. The adults were about 5-6 years old at that stage. The youngsters in these pictures are between 6-9 months old. The trigger I believe was sun strike in the morning on their tank, but more importantly they were being fed almost exclusively on Water Sprite as you can see floating on the top of the tank. I think they decided with such a good food supply it was time to spawn. At the same time the sterbii and green cats were spawning to. 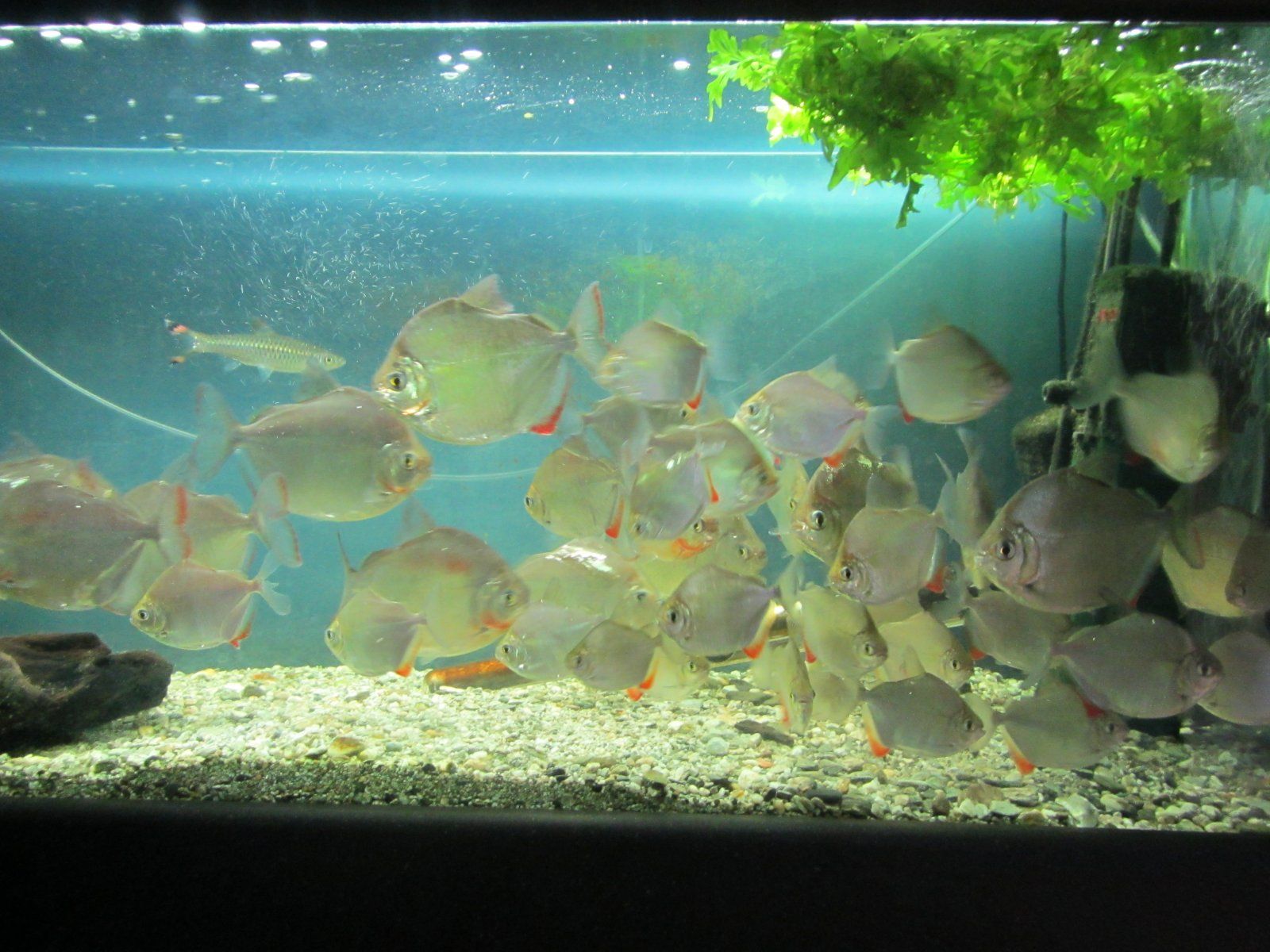 Absolutely beautiful group! Lucky you.
Would you be so kind as to provide for me a closeup of a single male specimen? I can't quite make out a male in the group image, which although very nice, it a bit far away. Many thanks! I want to decide (for myself) what name to use for your fish.
Interesting about the water sprite. I have not had that plant for years, so I have not tried it with my dollars. I wonder whether I can consider that one a plant they will eat, or one that can be grown in their tank.
Here is a picture of one of my male M. maculatus. 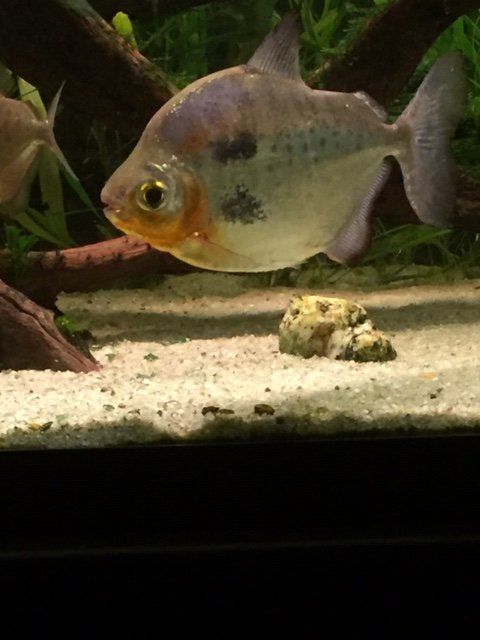 DNA results are IN for luna!!!

44 minutes ago
Glenn407
G
V
A poll for aquarium lids

B
When should i do another water change and how much