My neons are adorable

Awhile back one of my fellow aquarium friends said he enjoyed his saltwater fish because unlike freshwater fish they had personalities.

And they did, my all of mine have personalities too. But the ones that amazed me were the neons.

I like little schooling fish and have 17 in my 20 long, which is kind of pushing it I guess, 4 of them i already had in the 10 gallon.

I feed them twice a day usually, they are like little piranhas. When it's not feeding time I go in the room and they come up and look at me. There are actually a couple I can differentiate, most of them look alike. They just line up in front of the glass and we look at each other. Eventually they break away and go into the next mode.

Prowling mode, where they split up and go in the hornwort and the little caves that were for the shrimp. Sometimes they peck like they are eating, I imagine some of the stuff they eat are below the threshold of my sight. They're so cute, like little watery puppies.

They also have "bicker and chase" mode, so far there doesn't seem to be any injuries, I'm told they have a pecking order.

The white light dims and goes out first, the blue is on for a little longer so I can watch them. They don't like it bright but they can be seen in dim light.

This is for some reason the most interesting behavior to me. They break up in two groups on either end and just tread water so to speak. The group is pointed in the same direction, head slightly down, any significant movement is the whole group, synchronized.

It's just interesting they have these modes. Sometimes it's like they are performing, or playing with me.
My potato takes bad pics. They live here. I've since taken out the sponge filter and moved the cholla wood. 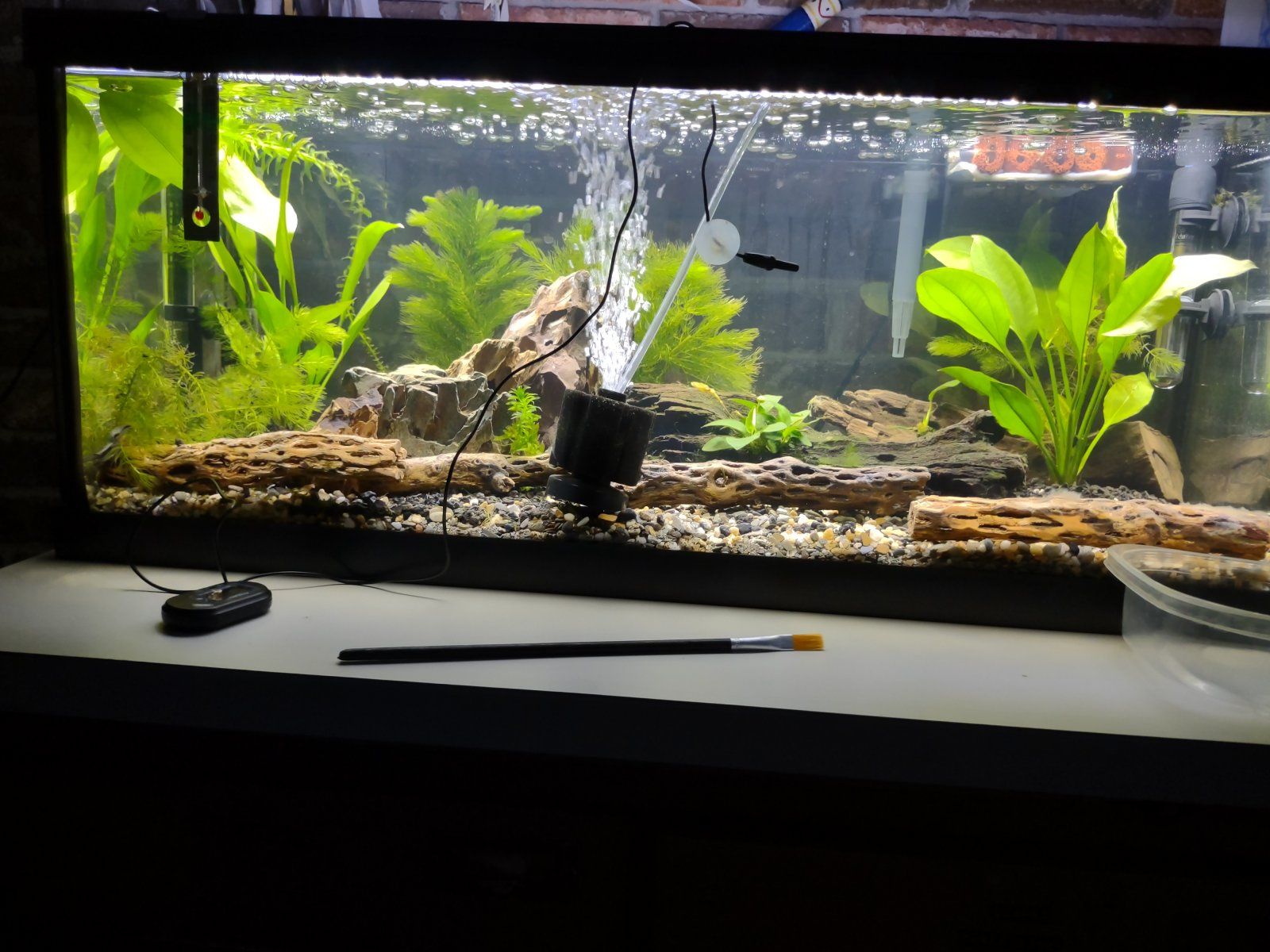 Nice looking tank. You should enter it in January’s Tank of the Month contest which will feature tanks sized at 17 to 30 gallons.

One suggestion: you might want to move the sponge filter to the rear of the tank.
OP
OP
M

Fishmanic said:
Nice looking tank. You should enter it in January’s Tank of the Month contest which will feature tanks sized at 17 to 30 gallons.

One suggestion: you might want to move the sponge filter to the rear of the tank.
Click to expand...

I had the sponge filter in the front because the shrimp grazed on it and we liked to watch that.

Then I moved it to the back because the shrimp died but the neons didn't seem to like it there. I've since removed it altogether.

I can't see a single neon in there?
OP
OP
M

I wonder If that pic was right before they were added.

It's hard to find the right pic out of all the ones I take, and everytime I do maintenance things get rearranged.