OK, so the malawi cichlid 150 Gallon tank continues! All fish are doing well, except this little guy. I noticed about 5 days ago that he wasn't very active and didn't come out at feeding time... today he was just lying on bottom of tank. Originally, he wasn't the only one to do it, another fish acted the same but he perked up so I was hoping this guy would, except he hasn't - so i've managed to catch him and put him in a hatchery for the time being with some food (because I haven't seen him eat yet)... he's not touched the food in the quaratine pod though...
However, it is a Malawi tank with supposedly 14 Malawi's, all from the same tank at the LFS. This guy though looks similar to the Lake Tanganyika cichlids they had in the tank next door.. is it possible he is a Lake Tanganyika cichlid and that's the reason he doesn't seem at home in my 150 Gallon? 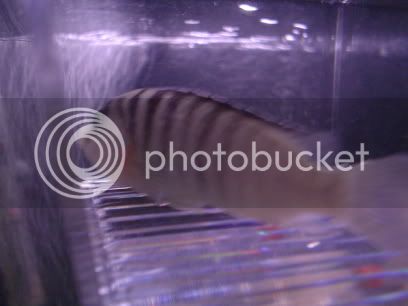 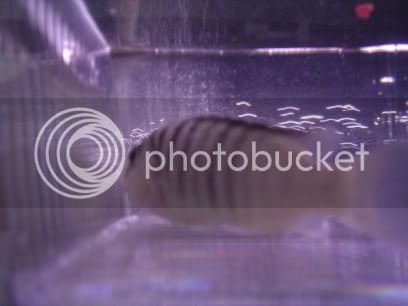 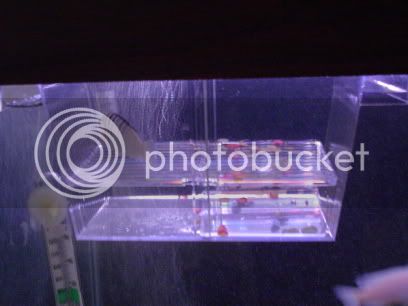 Also, couldn't resist another picture of my rock network! LOL! 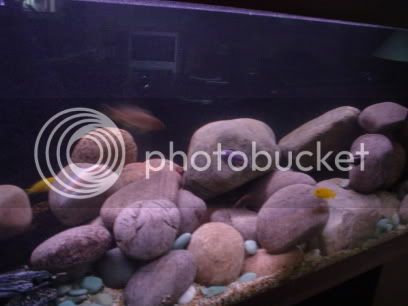 That's definately Mbuna, hard to tell which species as his/her colour is very faded in those pics (probably just because je's in the breeder trap at the moment). Could be an Afra, try and get a good close-up pic when he/she is settled in the main tank.
OP

Well it's been in the main tank for over a week now and has never really 'settled in', it just lays there, moves occasionally and so far I haven't seen it eat. It's in a hatchery full of Sprinula flakes and he's not touching them, all the others go crazy for them (in fact their trying to get into the hatchery to eat them!

I'm unsure what to do with him

EDIT 2 - Just got some more pictures now he has turned round to face the camera!

It's like he doesn't seem aware of what's going on 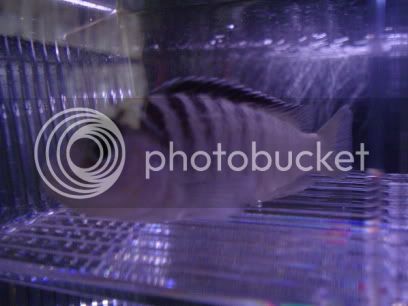 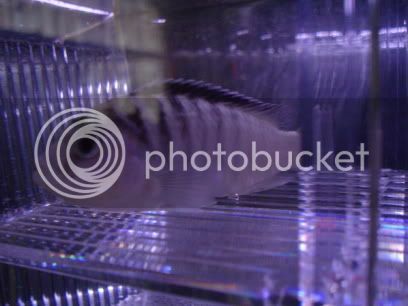 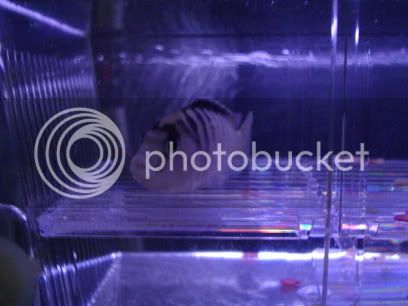 RIP Little Man... I wander what he died of?

I'm having a s**t and good day with fish today.... I had Cory eggs in the morning and then this afternoon have lost 1 Malawi cichlid and 1 loach.

We both posted at same time Ferris, look above ^^^ He's passed on

Sorry to hear that m8.

I also noticed today that another one has started looked ill (he didn't before.. he used to be quite active)... he's sat between rocks, barely moving... water starts are fine (ammonia, nitrIte and nitrAte)... i'm just about to test pH but surely that would affect all the fish?

I did a 50% water change last night