It was a good day, I got some fish and some COVID mRNA in my veins!

Yep, I got my 1st vaccination shot today and I discovered some Odessa Barbs at Petco of all places, so I bought the barbs. I hope they color up nicely, only time will tell. 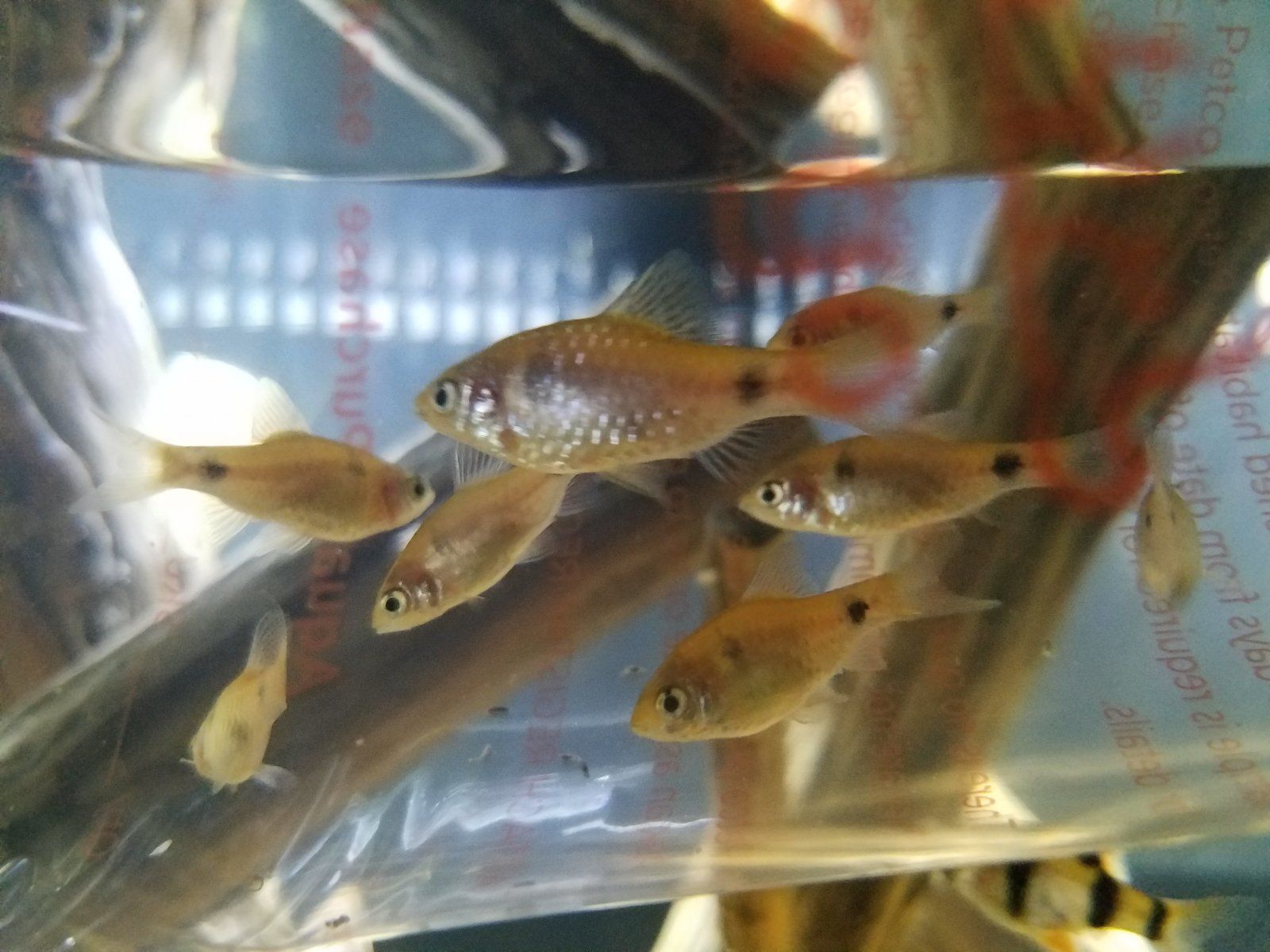 Everyone around the world is getting vaccinated except Australia. Apparently we start in April sometime and only the frontline workers and old people in nursing homes get vaccinated then. They also get the good vaccine that reduces the chance of getting sick by 95%. The rest of us have to wait months before getting a crap vaccine that reduces the risk by 60%. And apparently if all goes well, most people here should be done by Octoberish (they didn't say which year).

Not being a frontline worker or in a nursing home, I get to wait for the crap vaccine, which really won't help me at all due to my health issues. I really hate the government. There are vaccines all around the world that give 90+% and our government is buying the crap that does 60%.

The Odessa barbs should colour up well when they are mature. Good score on them
OP
OP

I am in my semi-retirement job, I drive a school bus hence we are in the second group here in New York. When New York opened a mass vaccination center in my metro area, I was online for about 3 hours trying to get an appointment. The vast majority here in the USA will not get vaccinated until the summer.

I am very excited about the Odessa barbs. I never heard of them, someone recommended them to me. They are hard to find so I was surprised that Petco had them, the fish manager said he special ordered them. The tank currently has 6 Tiger barbs, the Odessa are not taking any crap from them. It will not be a peaceful and serene tank

Here is a picture before getting any fish: 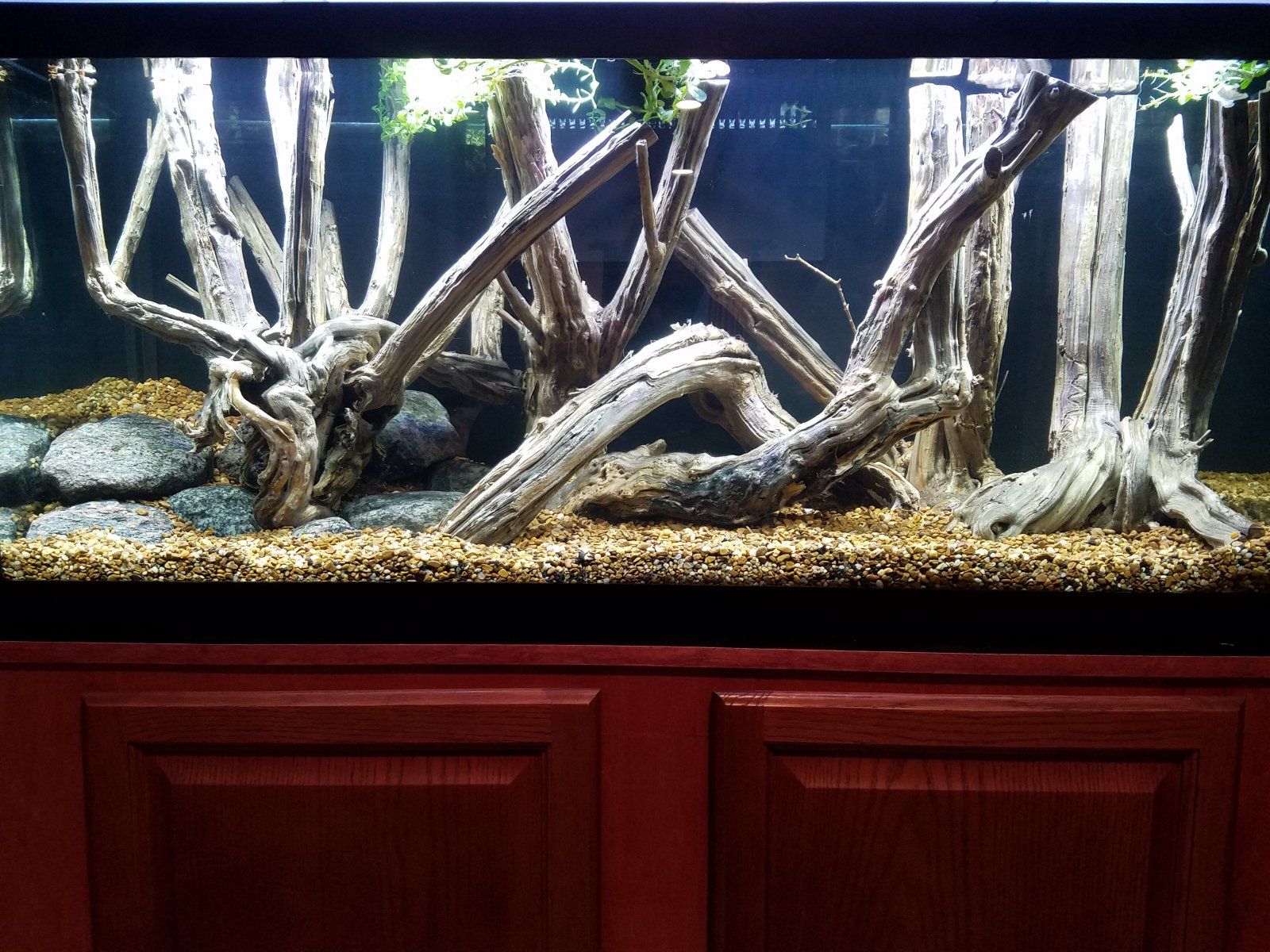 What size is your tank. If 31 gallons or larger, you should enter the Tank of the Month contest. We are accepting entries for just 2 more days...so enter soon!

Tank of the Month :big_boss: PLEASE VOTE! We have 10 awesome tanks entered in Fishforums' February 2021 Tank of the Month contest featuring tanks sized at 31 US gallons and larger. View all the tanks and descriptions below and then go to top of this thread and click on your choice for TOTM...
www.fishforums.net

I may have already had the virus. It was late in 2019 in October, November I got really sick. I coughed and hacked and had a fever, felt like crap. I went to the doctor and he ex-rayed my lungs, he then asked me if I had ever worked around asbestos

I told him no. He showed me the ex-rays of my lungs and I could see dark spots. At the time I figured it was because I vaped. I had to take three rounds of antibiotics to clear it all up. I didn't go into the hospital because I didn't figure I was that sick.

After I was well and a few months later I started hearing about this virus. I went and got tested for the virus but the test came back negative. Because all this took place so early on, I believe my doctor was not well informed enough about the virus to consider it to be the reason. Because I live by myself no one else was infected.

About three months ago a friend of mine came to stay with me while he was working in the area around where I live. He got sick and tested positive with the virus, but he claims it was on the job where he picked up the virus. He and I were in the same room, cooking seafood together, eating together and he was sick but had not tested for the virus at that time. I never got sick or caught the virus from him.

I have not been sick since and feel pretty good all things considered, but I have no idea when I will be taking the vaccine.

That’s possible. There’s credible talk of it being around longer than officially recognised.
A U.K. musician Andy Gill died late 2019 shortly after his band (Gang Of Four, ironically) had toured China. They travelled everywhere on train while over there to see the real China sort of thing and while never playing in Wuhan some trains and passengers most certainly had been there. Plus playing in crowded rooms with hundreds of people leaping around, dancing, sweating and singing along won’t have helped.
He was cremated before C19 came to prominence so we’ll never know if he was the UKs first victim.
Nice feller as well.

That's a beautiful tank! Looks like rots in a floodplain. What is the wood you used in that scape?
OP
OP

OnlyGenusCaps said:
That's a beautiful tank! Looks like rots in a floodplain. What is the wood you used in that scape?
Click to expand...

The wood is dead shrubs I collected on a trail behind my house. My theory, the trail is an old railroad right away. When they pulled the tracks out 50+ years ago, the shrubs first came in then slowly died as the trees overtook them and block the sun. The shrubs died many years ago.

This is a new tank and I am on "full alert" to make sure they are ok in the tank.

Glad you were able to get vaccinated.

I love the roots in your tank, that’s a very nice scape.
M

love the wood in that tank! I would say "looks peaceful" but I bet the barbs keep things plenty uh, vibrant

awesome for getting the shot! A bunch of my friends are in healthcare and they've all been getting it. Most have been fine but some say that after the second dose they felt like they had been hit by a truck for 24h. That's how you know it's working! Nobody had anything severe though. best to plan for a day off the day after you get the second dose, in case you need to take it easy
M

Great that you got your first immunization! Because I have risk factors including former cancer patient/compromised immune system, I'll be getting the vaccine after frontline workers, teachers, and over 65s, I think. It's still taking quite bit of time.

My extremely fit, healthy 30 year old daughter/covid nurse was knocked on her butt after the first injection, so I'm very curious to see what the second jab is going to do.

Beautiful aquascape. It looks right out of Tolkien
You must log in or register to reply here.

Time for a new setup

What is this weird spot?