Location
A world of my own

Care: A soft, acidic water is preferred by these guys as most of them in the lfs are wild caught from the amazon. As with most tetras, they should be in schools of, at the very least, 3. With these guys, the more the merrier. Keeping a large number against a dark background with a bright light makes them an absolutely stunning sight.

<Mod edit> These are shoaling fish that in nature exist in VERY large groups. Generally I would advocate a minimum of 6 fish for shoaling species, for Cardinals, they really benefit from being in larger groups.

A lot of people have difficulty keeping these alive. They are a blackwater fish, and as the OP says, are often wild caught. Such examples rarely live long in typical tapwater conditions. Their metabolism is evolved to low pH, (below 4 pH at times), and almost no dissolved solids. Even if they survive the transition to the harder alkaline water, the kidney usually fails in short order due to osmotic stress.

Feeding: They will eat pretty much anything including flakes, pellets, and live foods.

Sexing and breeding: Females are slightly larger, with a wider body. To breed, you must imitate the natural conditions in the wild. Soft water and a pH of around 5.8 is a must. They will usually spawn in the evening, and following spawning the parents should be removed from the tank. For the first few days, they will be feeding off their yolk sacs. Following the 3rd day, you may begin infusoria, then small live foods such as microworms and vinegar eels.

Comments: One of the most beautiful fish out there, but may be difficult to find in some areas, or expensive. Kept in a large school, they will look great with the contrasting red and glimmering blue streak. Looks very similar to the neon, but in neons, the red stripe only extends to the abdomen region, while with cardinal it goes all the way to the mouth. Also note that their red colouration will fade when they are stressed, or without light for long periods. For the latter, this is totally reversible and the red stripe will return when the light comes back on.

Thanks to gf225 for this lovely pic 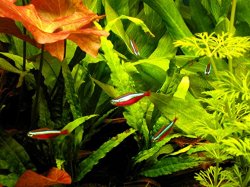 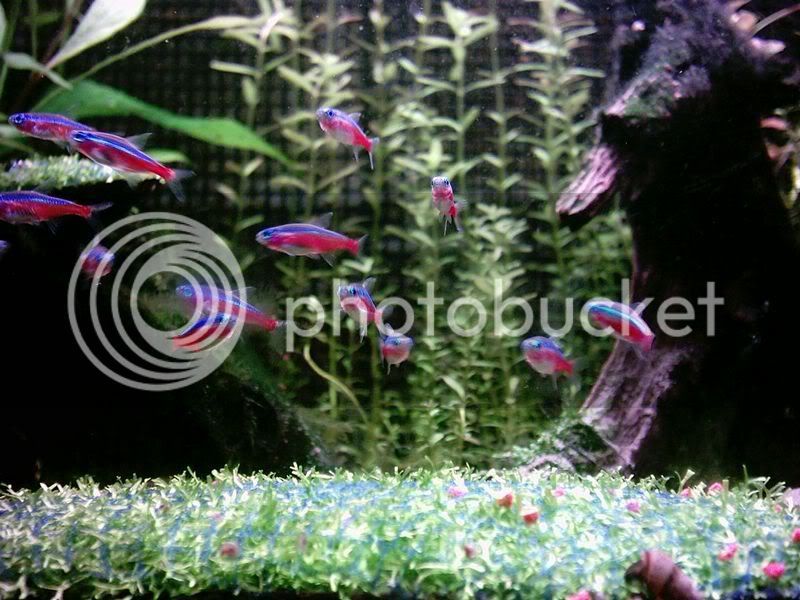 Andy
You must log in or register to reply here.

A moment ago
GaryE

Yesterday at 9:59 PM
Akayers
A