Can mts burrow through gravel

An extract: "The most important thing you’ll need is a layer of a sand substrate. Malaysian trumpet snails are big diggers. They utilize their pointed shells to make their way through fine sand in search of food.
Gravel, pebbles, or any other hard substrate will not facilitate their burrowing behavior. Instead, those materials will harm the shell and cause injury." 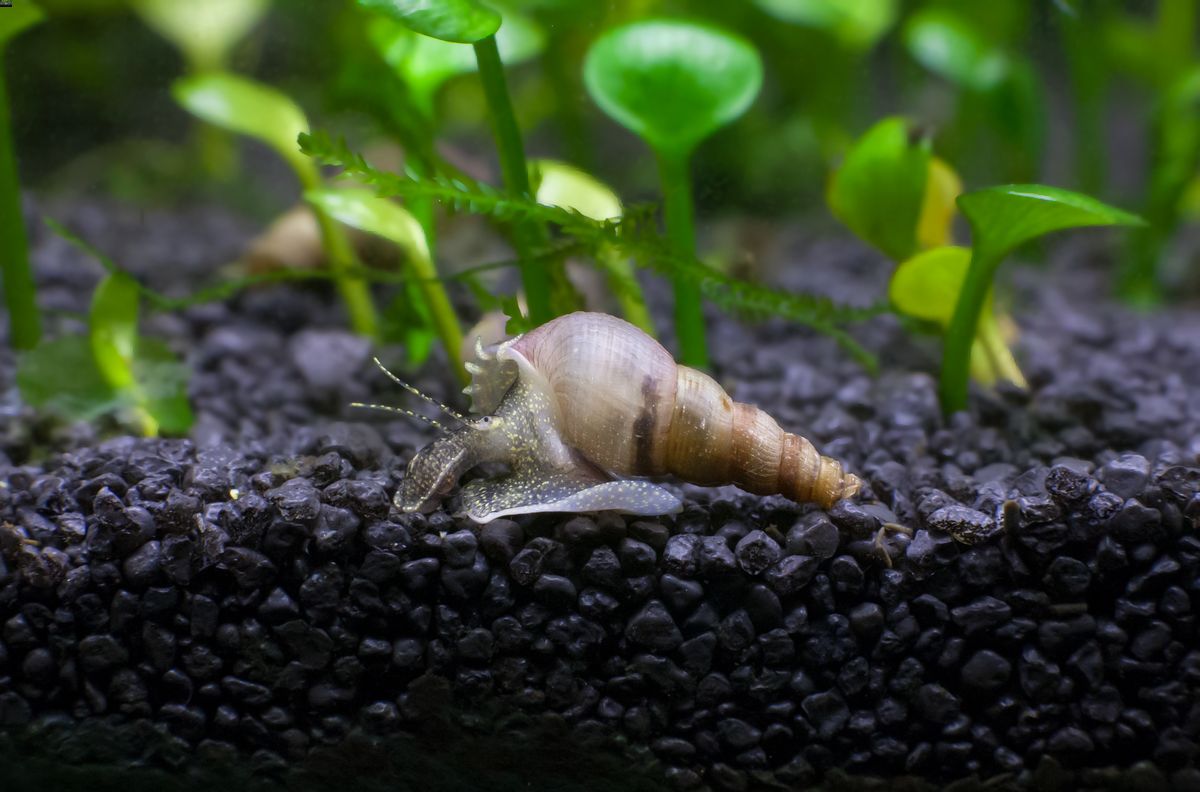 Malaysian trumpet snails are interesting little critters that more aquarists are starting to intentionally keep in their tanks. Click here to learn why!

Yes. That's where mine retire too when the day comes around. My gravel size is around 1/8 to 3/16" on average.

Is it ideal? No

DO NOT GET THEM. They are uncontrollable and will spread through every tank and into power filters. Once they are in a tank, they are there permanently.

If you want snails, get Mystery, Nerites or something that is easier to control.

Just for a different perspective...I love these snails, they are your friends in maintaining a healthy substrate and biological system. Yes, they multiply, but according to the available food. Their numbers only show how much organic matter there is that needs breaking down, and snails do this faster than bacteria so the latter can then do their job. The also browse/graze other surfaces including plant leaves (they do not eat healthy plants, not even fine leaf ones) and eat common algae before you can even see it.

They can suddenly disappear however. Mine did. No idea why, nothing changed in the water parameters, and the fish were certainly not snail eaters. I had them in 8 or 9 tanks, and I noticed after several years than they just began reducing until there was not a single one left. Interestingly, at the same time my common bladder snails did better, though no where near large numbers. I've no idea if the two things were related. The bladder snails never increased to the same extent, but they did manage to hang on in my very soft water. MTS are fine in soft or hard water.

I know some like snails and some don't, that's perfectly all right. But snails are a natural part of every natural freshwater ecosystem and they are there for a reason.

Sand is preferable, for more than just these snails. Some fish must have sand. Plants grow well in sand, it is the closest thing to the natural substrate in nature (no one want mud substrates in an aquarium!). I had small gravel for a couple decades until I discovered the benefits of sand, and never went back.
Last edited: Sep 25, 2022

Have had them in both sand and gravel, but the gravel was smooth river pebbles, and sand mixed in, so was a very odd substrate (inherited tank) and the MTS did fine in both.

I do find they tend to overpopulate - but I'm also prone to overfeeding due to having fry, so I know it's my own fault, and I don't find them hard to sieve out of the sand or swipe from the glass with a net when I turn the light on and they're all on the glass. The bonus of using sand is that I can literally use a net as a sieve to remove snails but leave the substrate behind.

I had them in all sorts of gravel. Luckily, when I moved I discovered freezing gets rid of them. I have none now for the first time in years. I love it. I have tanks where adults are continually breeding and I have to feed as if fry are there even if I don't see them. I like having ramshorns in those tanks.

They burrow, and have a fine way of dying while buried. It's not great for water quality, though a cycled tank can handle it.
You must log in or register to reply here.

A
What does my Dawrf Red gourami HAVE???!!